Advertisement
The Newspaper for the Future of Miami
Connect with us:
Front Page » Government » Miami to probe claims of growing Miami River lawlessness 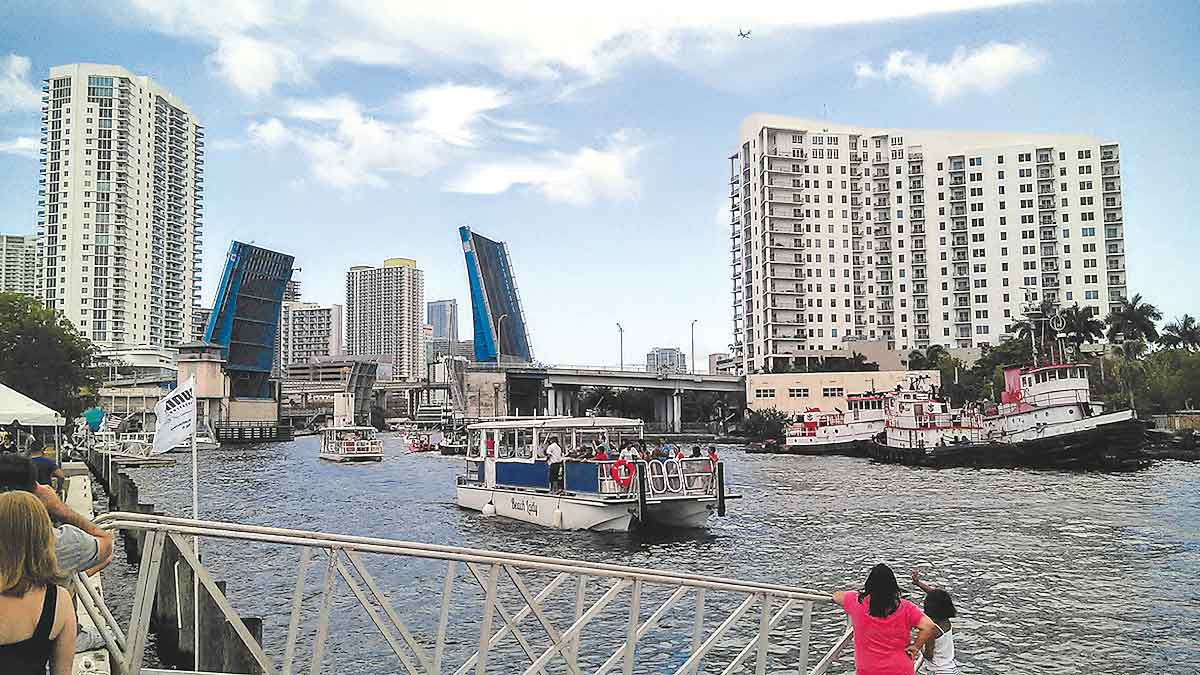 The Miami City Commission and City Manager Emilio González have agreed to look into what residents and business owners say is increasing lawlessness on the Miami River.

Throughout history, there have been rum runners, then drug runners, up and down the river, he said. “Now we have the fun runners,” referring to small craft and wave riders helmed by people who don’t know the rules of safe boating, or who don’t care.

In 1987, the Miami River was declared a no-wake zone, but pleasure boaters there don’t slow down, said Mr. Beightol and a parade of neighbors and business people who came before city commissioners July 25.

They described music blasting from boats, intoxicated captains and boat occupants, careless steering, and damage to both boats and docks. It’s not just annoying, they said, it’s dangerous to river inhabitants including dolphins, tarpon, osprey and manatees.

They said they are frustrated by delays in removing derelict vessels, and non-response when they call the police non-emergency line to report problems.

If the river were rid of these nuisances, Mr. Beightol said, property values would double or triple. “Whatever you spend, you’ll get back in revenues.”

“Chief [Jorge] Colina and I have met to talk about increasing boat patrols, and moving the Marine Patrol boat to behind the Miami River Commission; it’s now at the Miami Outboard Club,” Mr. González said.

The commission’s offices are on the river at Northwest 14th Avenue, a more heavily trafficked area, whereas the club is on Watson Island. “We’re also looking into technical solutions” such as cameras, the city manager said.

“Even a police boat can’t go beyond a certain speed,” said Wifredo “Willy” Gort, Miami commissioner. “We need the cooperation of homeowners who have cameras.” He suggested that any home- or business owner with a river-facing camera contact the city about sharing video footage and perhaps allowing the city to tap into the feed.

Brett Bibeau, managing director of the Miami River Commission, read into a record a letter from Horacio Stuart Aguirre, river commission chair. “On Nov. 6, 2017, The Miami River Commission (MRC) passed a unanimous advisory recommendation to increase resources for the Florida Fish and Wildlife and City of Miami Marine Patrol, for increased enforcement of public safety and security laws along the Miami River, considering the increase in vessel traffic on the Miami River with new riverfront restaurants, etc.,” Mr. Aguirre’s letter said. “Since then, the MRC has taken numerous specific actions to advocate in favor of this critical advisory recommendation regarding public safety. Although the full MRC hasn’t reviewed the city administration’s specific proposed amendments to the city code regarding the legal removal of derelict vessels, the administration is trying to improve the law and expedite the process.”