Advertisement
The Newspaper for the Future of Miami
Connect with us:
Front Page » Real Estate » After many twin-tower launches, Melo hits a barrier

After many twin-tower launches, Melo hits a barrier 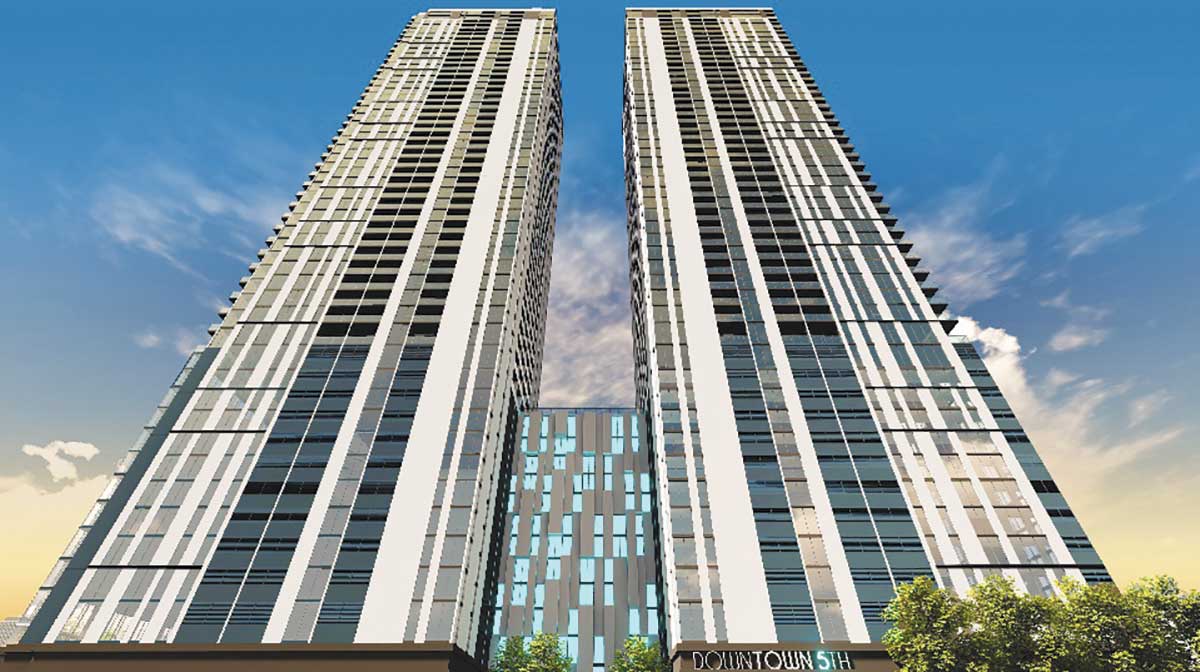 After years of launching successful twin-tower residential projects in Miami’s Arts and Entertainment District north of I-395, The Melo Group is experiencing a setback while trying to gain approval for twin towers in the heart of downtown, south of the freeway.

No one on the city’s Urban Development Review Board liked the project and the developer was sent home with a unanimous vote to deny the project.

The developer was asking for half a dozen waivers and zero setback for the planned 51-story towers. Review board members were not happy with the lack of setback and said the project was just too much for that site.

The site is on Northeast Fifth Street between two Metromover stations, near the Miami Dade College Wolfson Campus. The site is adjacent to Christ Fellowship church and parking lot, which is reportedly closed for renovations.

The dual towers were designed to be joined with a 12-story garage, offering up about 1,049 parking spaces with some dedicated for use by the church. An amenity level with swimming pool was to top the parking levels.

The project proposed about 1,042 apartments and 12,503 square feet of ground floor commercial-retail space.

Iris Escarra, an attorney representing The Melo Group, said the site is in a unique location where other structures have been built to the lot line.

The ground floor would have a plaza area to offer a break between the towers, she said. The plaza design “creates an open space,” she said.

The project architect is Arturo Griego of Melo.

He showed site plans and renderings of the project, saying it’s obviously “a tight site” presenting design challenges, but the plaza and ground floor uses provide an active front.

“It fits into the downtown neighborhood, with a pedestrian feeling,” he said.

Mr. Griego said of the apartments planned, about 50% would be studios and one-bedroom units.

Ms. Escarra mentioned the commitment with the church, saying the developer will dedicate 300 of the parking spaces for church use.

The developer requested waivers to:

■Allow for a 4.5% reduction of the minimum parking access aisle width from 23 feet to 22.

■Allow parking to extend into the second layer above the first story along a secondary frontage.

■Allow for the property to be developed to match the “dominant setback in the block” and its context, along Fifth Street.

The last request is tied to the developer’s team presenting the review board with neighboring buildings with little to no setbacks.

Board member Robert Behar led off the comments about the project.

“I commend you on a great presentation. You almost sold me on it,” he said, but his final assessment is that the mass of the two towers and pedestal parking levels is not right for the property.

“On a project of this magnitude, it is really significant that you’re maximizing the complete envelope. This is two big boxes … yes, it’s a tight site [but] two solid square towers going up 500 feet is the wrong approach for the site,” he said.

Mr. Behar added, “You are maximizing capacity … it would be a tremendous mistake for this location.”

Board member Ignacio Permuy said he has a concern about the lack of setback. “But I also tried to find something positive to say about the two towers, and I really can’t. I agree with Mr. Behar, it appears as two massive columns next to each other.”

He suggested a plan with a single tower, that it could prove to be more cost effective.

“I honestly cannot say anything positive about this project,” said Mr. Permuy.

Board member Ligia Ines Labrada said she shared the concern about the setbacks, and while she can appreciate the fact that other existing structures are built with little to no setback in that area, “the scale of this project – the scale is too much.”

Mr. Griego responded that the Downtown 5th structures would be in context with other buildings in this area.

Board member Neil Hall mentioned other twin tower projects from the developer’s team and Mr. Griego.

“Since I’ve been on the board I’ve had the pleasure of seeing some of your work,” he told the architect.

“One of the things that bothers me a little bit is I don’t see a shift in attitude. It is the same module, the same concept. You have a lot more creativity than that,” Mr. Hall said.

Many of Melo’s developments have offered affordable and workforce apartments, a fact Mr. Hall mentioned.

“I understand why … [there is little variation in designs], but regardless if you’re providing affordable housing, [the look of a project] shouldn’t be off putting,” Mr. Hall said.

Ms. Escarra defended The Melo Group’s work, saying that its residential projects are so popular they fill up with eager tenants within two months of availability.

The Melo towers are designed and “built in efficient ways,” and the company has been able to find a price point for Miamians to be able to move in, she said.

Mr. Hall responded: “When economics come into play, the creative uses get stymied … we have to ask, is it good for us in this location?”

Board member Anthony Tzamtzis said: “I don’t have much to add. I’d like to say something good about it but I can’t. It is a massive unarticulated creation that could have been much better.”

The project is not articulated to the new architecture in Miami, and “…it fails from a visual point of view,” said Chairman Gerald Marston.

Mr. Permuy made the motion for denial, saying: “It’s pretty far off its leash to get my approval.”

The vote was 6 to 0 to recommend that the planning director deny the project as presented.

7 Responses to After many twin-tower launches, Melo hits a barrier