Advertisement
The Newspaper for the Future of Miami
Connect with us:
Front Page » Government » Miami-Dade County, transit union divisions deepen 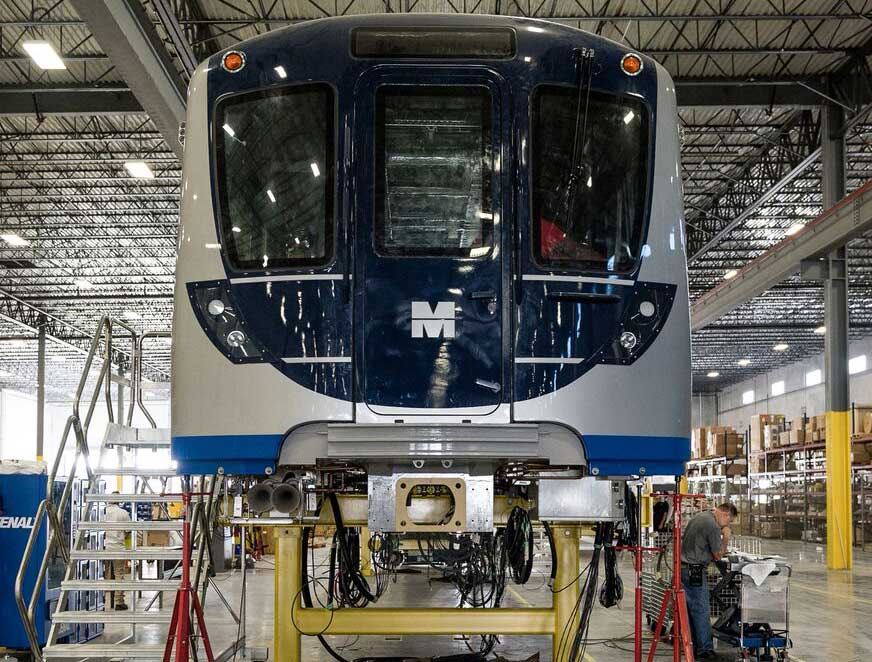 To say that Miami-Dade County’s relationship with union members who staff its transportation department is strained would be an understatement.

According to a fiery letter Transport Workers Union Local 291 President Jeffrey Mitchell sent to county lawmakers, transportation officials and Inspector General Mary Cagle, among others, disagreements between the two parities over recent allegations is “adding insult to injury.”

At the center of the dispute is a report delivered last month to the county’s transit tax oversight body, the Citizens’ Independent Transportation Trust, which cited multiple troubling safety and maintenance issues affecting the county’s Metrorail system.

Among the findings: two-thirds of Metrorail technicians, many of whom are former bus drivers retrained to work on railcars, are unqualified to work or troubleshoot independently; and more than 90% of staff scheduled to work nightly railcar cleaning shifts haven’t shown up to work since August, resulting in dirty railcars and strains on other shifts.

Mr. Mitchell wrote in his July 8 letter that absenteeism by railcar cleaning personnel could be resolved by Transportation Director Alice Bravo, who “by law is [the only one] authorized to remove these employees.”

“[But] Ms. Bravo does nothing about it except complain to the press as if she’s somehow helpless, instead of remedying the problem herself,” he wrote. “Employees who are ‘absentee problems’ are terminated by Ms. Bravo all the time, but why she refused to deal with Rail Car Cleaners is a mystery only she can explain.”

Asked whether that was true, Ms. Bravo said the answer is technically yes, albeit only recently, after a prior policy held over from before she became director was eliminated by county commissioners last year due to an impasse in the county’s negotiations with the union.

Before the change, she said, transit employees could rack up 13 instances of absenteeism before they could be terminated. Each instance could be for an indeterminate amount of time, and after a year’s time, strikes against employees would go away.

“The prior strike system had a rolling 12 months, and basically an incident had no time limit – you could be out a day, five days or 10 days, and that was one incident,” she said. “If it got close to that 14th incident, where [you’d] get terminated, you’d just have to wait a little while until some of your older incidents drop out and you can continue an abuse of power.”

Ms. Bravo said her department has “had some discussion” with the union and is in the process of finalizing a new proposed policy.

Rules in place since 1990, outlined in Section 13(c) of the Federal Transit Act, stipulate that the county must hire unionized Miami-Dade Transit workers who are “qualified or able to become qualified through retraining.”

Those rules extend to railcar technician jobs, which are staffed based on seniority within the union. But training for those positions, Mr. Mitchell wrote, has been “minimal at best and often ‘frozen’ for county budgetary purposes.”

During the June 19 meeting at which Washington, DC, advisory firm IMG Rebel presented its findings to the transportation trust, Ms. Bravo and Deputy Transportation Director Albert Parjus both said that they’d tried for six months to negotiation the terms for minimum qualifications to which railcar technicians would be held to before being hired. But the union had “refused to meet,” Ms. Bravo said.
Mr. Mitchell called that assertion “a blatant lie,” and rebuked any characterization of former bus drivers-turned rail technicians as “‘incapable’ of doing Rail Technician jobs” as prejudiced.

As for IMG Rebel’s findings: “fake news,” he wrote.

“In other words, our members are all just a bunch of ‘stupid’ senior citizens ready to be put out to pasture!” he wrote. “When you combine the ‘age’ factor with the fact that most of our Technicians are African-American or Hispanic, there are elements of illegal discrimination at play here…”
Mr. Mitchell wrote that he and his senior officers meet with Ms. Bravo and her staff to discuss unresolved labor issues on the last Monday of every month, inviting the letter’s addressees to “[just] look at the ‘Sign-In Sheets’ and the County’s own ‘minutes’ for these Labor-Management sessions, and you can see for yourselves how Ms. Bravo distorts and plays fast and loose with the truth.”

Ms. Bravo said that the two groups do indeed meet monthly.But for talks of minimum qualifications – now required through newly codified federal and state rules – the union has yet to come to the table.

“[The Florida Department of Transportation] came back to us with absolute certainty that we had to hire personnel based on minimum qualifications,” she said. “[The union] advised that this type of meeting needs to be scheduled to have the appropriate people on their side.”

She said her department has repeatedly tried to schedule a meeting with the union to discuss the issue.

The union, she said, has either agreed to meet only to pull out later or said it couldn’t meet at the proposed time.