Advertisement
The Newspaper for the Future of Miami
Connect with us:
Front Page » Healthcare » Competition growing to open trauma centers 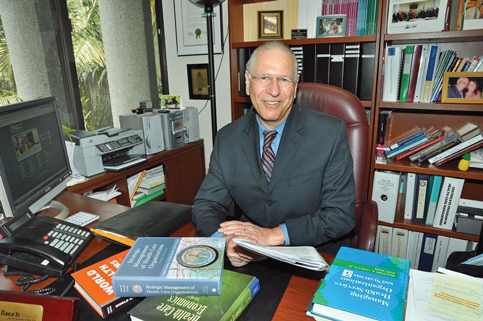 Trauma centers are cropping up across Miami-Dade County as some hospitals pounce on the opportunity to increase their revenue.

Hospitals are allowed to open more trauma centers under the purview of an 11-member Florida Trauma System Advisory Council. The state allows the council to dictate the standards trauma centers must comply with as of March 2018. The latest decision caps the number of trauma units in the state at 35 and divides the state into 18 regions. The logistics will help the council organize the trauma care system in Florida.

Given the 35-unit cap, hospitals must compete to open a trauma center.

“There is still going to be, if you will, a bit of competition in terms of who gets one of these trauma centers and that will still be determined by this 11 member trauma system advisory council,” said Steven G. Ullmann, University of Miami School of Business Department chair and professor of health management and policy. “It will be interesting in terms of how things ultimately hit equilibrium if you will over the next couple of years in terms of figuring those out.”

Some healthcare companies are expanding their trauma care offerings. HCA Healthcare is increasing its provision of trauma care at Aventura Hospital and Medical Center and Kendall Regional Medical Center. Jackson Health System has been able to advance into new markets, such as with Jackson South, as a result of the council. Jackson Health System plans to expand its Jackson South Facility, close enough to service Monroe County, and Aventura will soon open a trauma center.

Healthcare companies weigh several considerations when deciding to open a trauma center or expand an existing site. Location is one of them, said Dr. Ullmann. “Where the trauma units are opening are in marketplaces that are opportunities to generate more insured individuals.”

Healthcare corporations look to open or expand a trauma center in areas with middle-class and upper-middle class populations. A population consisting of middle-class and upper-middle class residents is the type of crowd organizations want to tap into – those that have health insurance, worker’s compensation, and auto-insurance liability. The nearby local population indicates to a healthcare corporation whether the center will act as a guaranteed revenue source.

“We are in a market-based healthcare system, and healthcare systems work on a slim operating margin. If there are opportunities to bring in more revenue and provide a service to the community at the same time, that is what this is all about,” said Dr. Ullmann.

Another source of revenue for trauma centers are stop lights or auto-stop lights, he said.

Potential trauma center patients are also introduced to other services provided by the hospital once they are in the facility.

Dr. Ullmann said, “It is essentially a front door to other services provided by that healthcare system, so there are more revenues to be generated as a result of that.”

Aventura and West Kendall are attracting much attention for trauma care expansionists.

The impact of the latest legislation limiting the total number of trauma centers to 35 units in the state remains to be seen, said Dr. Ullmann: “We are now basically a state with no certificate of need for other aspects of healthcare. There’s a potential for new hospitals coming into this system and the question will be as these new hospitals come into the state of Florida, or are developed in the state of Florida, whether any of them will be seeking to get trauma units and compete with some of the existing hospitals. That will be interesting to watch.”