Written by Miami Today on May 15, 2019
Advertisement 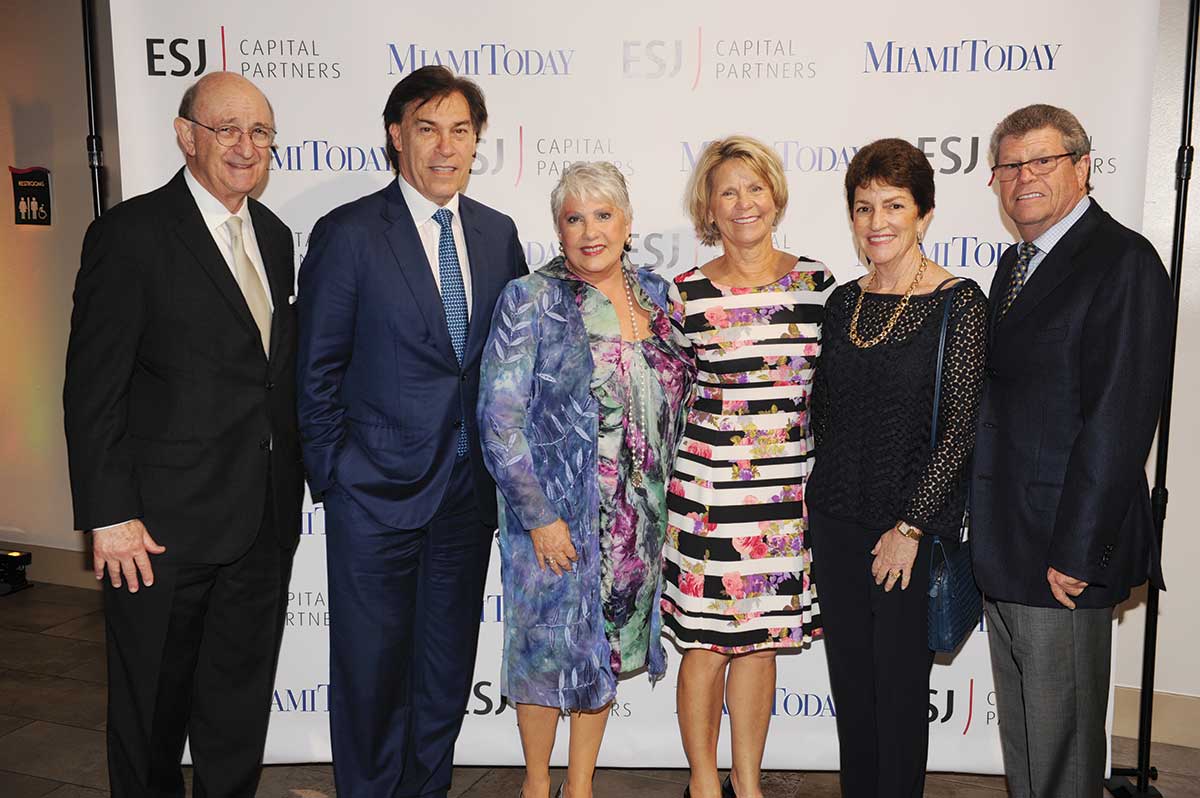 As well, Donald Soffer, who was responsible for the creation of Turnberry Associates, the Aventura Mall and Aventura, accepted the Lifetime Achievement Award for his contributions to the community.

In balloting for the top organization, judges selected Dade Heritage Trust for the Gold Medal. The trust had been honored multiple times in 2018 by the Florida Trust for Historic Preservation and the Miami Design Preservation League.

Vinson Richter, president of the trust, and Christine Rupp, the trust’s executive director, accepted the award, which was presented by Pinnacle Housing Group. In his presentation, Pinnacle partner Louis Wolfson III cited the importance of Miami Today’s Gold Medal Awards in the community and noted his long friendship with Mr. Richter, recounting his personal knowledge of Mr. Richter’s continuing and deepening involvement in historic preservation.

The Miami-Dade County Public Library System received the Silver Medal for an organization based upon an honor that the system received in 2018: the Achievement Award from the National Association of Counties for creating the innovative “Helping Hands – Upcycling with Dual Purposes” program that turns old supermarket plastic bags into sleeping mats for the homeless.

System Director Ray Baker and Gabriella Imbimbo, who created the program at the library system’s Country Walk branch, unrolled a colorful 3-by-6-foot mat – one of more than 300 that the program has created – to the loud applause of dinner guests.

The Silver Medal was sponsored by Florida East Coast Realty, whose founder, veteran developer Tibor Hollo, made the formal presentation to the library system. Mr. Hollo was himself last year’s recipient of the Lifetime Achievement Award at the Gold Medal event.

The Silver Medal for an individual went to Donna Abood, principal/ managing director of commercial real estate firm Avison/Young, who was inducted last year into the Real Estate Forum’s Women of Influence Hall of Fame. Roberto Muñoz, Miami market president of sponsoring Capital Bank and chairman of the World Trade Center Miami, made the presentation in the absence of Ms. Abood, a close friend.

“Our medalist has not only leased well over 50 million square feet of space in South Florida, but she has become a trusted advisor to some of the community’s most influential business leaders,” said Mr. Muñoz, who led a round of applause for Ms. Abood.

Mr. Enjamio didn’t have far to walk to present the award. He was already on stage, having just received himself the individual Bronze Award for accomplishments that included receiving the 2018 Alumni Achievement Award from the University of Miami School of Law. Mr. Enjamio’s award was presented to him by Marie Bertot, senior communication specialist for sponsoring Florida Power & Light Company.

Mr. Hollo joined in the applause for Mr. Soffer as the entire audience gave a standing ovation to the development veteran.
In presenting the Lifetime Achievement Award, Arnaud Sitbon, founder and owner of ESJ Capital Partners, noted Mr. Soffer’s broad and lasting impact on his own career.

“The first time I visited Miami, in the early ’90s, I was just a kid,” Mr. Sitbon said. “We stayed at the Turnberry hotel. I saw all the pictures of its founder, and read his story on the walls of the mall. I was very impressed by everything he had accomplished back then. When I decided to leave Paris in 2004 and move to Miami, I remembered the story and the accomplishments of Don, which inspired me.”

Judges based selections on:
■The importance of achievements for which nominees had received awards in the past year.
■The stature of those recognizing organizations.
■The long-term impact of the honorees’ achievements on this community.

Miami Today 20 years ago established the Gold Medal Awards to honor The Best of the Best, choosing among honorees that already had received from peers top honors in the prior year.

Judges, past Gold Medal Award winners, leaders in business and government, as well as an international delegation of consuls general, attended to salute the honorees.

The evening ended with many of the guests taking a champagne tour of Jungle Island, posing for photos with parrots on their arms, and enjoying glowing multi-colored lighting playing off the lush foliage.