Advertisement
The Newspaper for the Future of Miami
Connect with us:
Front Page » Transportation » New trolley route deferred as consultants look 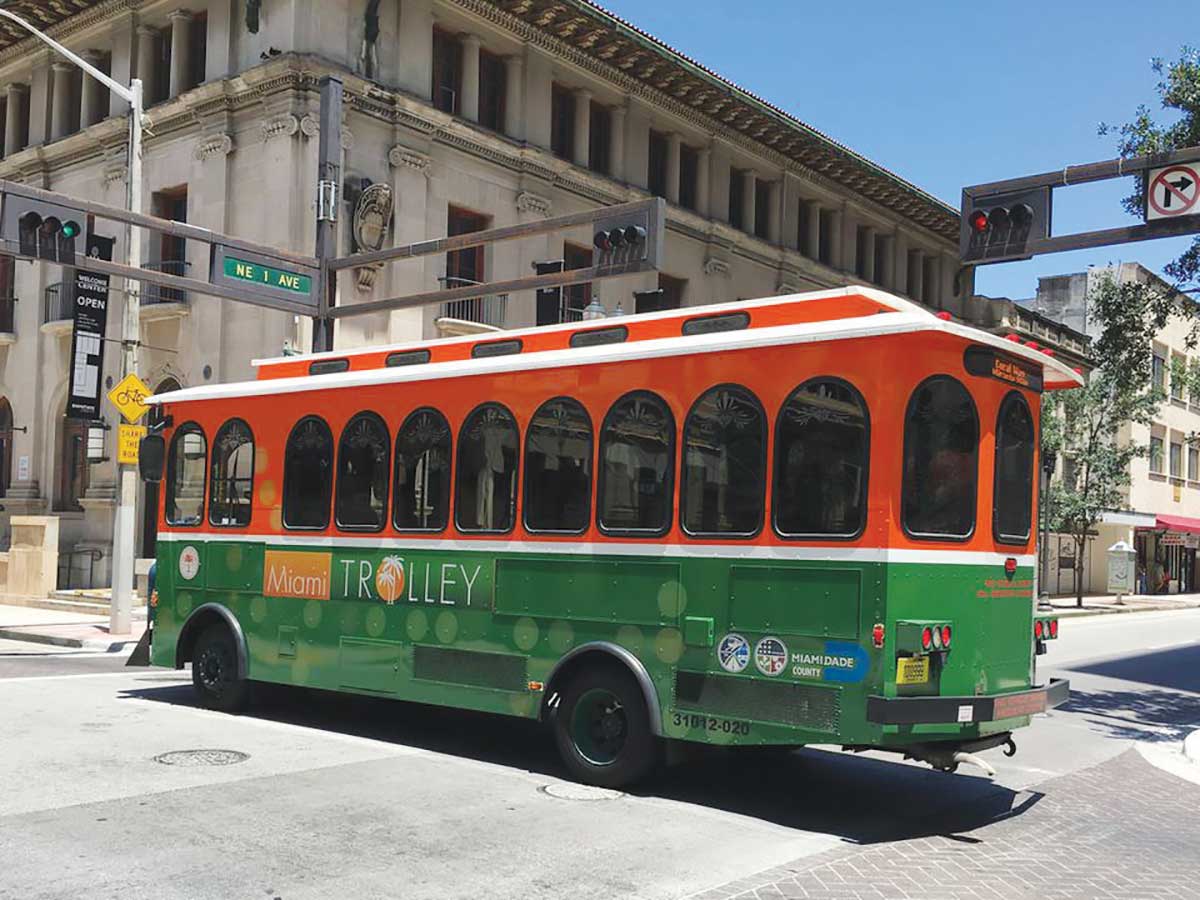 A plan to add a trolley route in the Liberty City neighborhood was deferred April 25 by Miami city commissioners for additional study and work on the proposal.

Also, commissioners learned from the city manager’s office that an outside consulting firm is currently conducting a route efficiency study on the popular trolley service.

At its last meeting, commissioners had scheduled a resolution that if approved would have launched a defined regular route for a city trolley through Liberty City, connecting with other established public transit routes and services.

A background memo said the Liberty City route would be created using trolley vehicles from the existing Brickell and Flagami routes.

The memo said that by reducing existing service on the Flagami and Brickell trolley routes by one vehicle each, this option would reduce the frequency of service on the Brickell route – a trolley would be stopping every 25 minutes instead of 15. The move was not expected to discernibly affect the Flagami route.

Savings from these reductions to existing routes would allow the city to run a Liberty City route in a “cost-neutral manner” without increasing the overall peak number of vehicles, staff wrote in the memo.

“I am more than glad to cede one of my trolleys … but I have a request of the administration during peak hours,” said Mr. Reyes.

The current Flagami trolley route includes five trolleys with one on standby, he said.

The new proposal would have four trolleys dedicated to the Flagami route, with one of those on standby.

Mr. Reyes asked the administration to allow all four trolleys to be “in service” during all peak use hours.

“I’d like all four working the peak hours,” he said.

The proposal would authorize City Manager Emilio González to take all necessary steps, including negotiating and executing an amendment to the city’s current agreement with Miami-Dade County, to allow for the addition of a Liberty City route to connect with the existing Little Haiti Trolley Route, Allapattah Metrorail Station, and numerous Miami-Dade County Metrobus routes.

The proposed route would serve the Liberty Square area, Miami Northwestern High School, and Edison High School with service along the main commercial corridors in the neighborhood.

The planned Liberty City Trolley Route would have an expected frequency of about 25 minutes, and operate from 6:30 a.m. to 10 p.m. Monday through Saturday, according to the latest draft.

The resolution on the Liberty City trolley was deferred to a meeting in May.

There is no charge to ride city trolleys – rubber-tired vehicles designed to look like old-time streetcars – and from the outset of the program in 2011 city leaders have stated a desire to keep it free.

In 2016, commissioners approved a new transportation trust fund, created in part to provide funds to support continued operation of the trolleys.

In the fiscal 2018-2019 budget, the entire trolley system is budgeted at $14.1 million, much of the money from the countywide half-cent transit tax, with $3,751,152 from the transportation trust fund.

Mayor Francis Suarez said another possible move to shave operating dollars in the system is for the city to lease some of vehicles from the vendor instead of outright ownership of the trolleys.

“That may offer more flexibility in operational needs,” he said.