Advertisement
The Newspaper for the Future of Miami
Connect with us:
Front Page » Top Stories » Super Bowl donation from downtown facing a squeeze 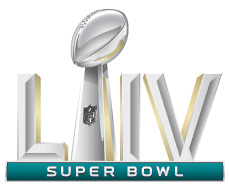 The two committees of Miami’s Downtown Development Authority agreed Friday to donate $220,000 to the host committee of Super Bowl 54. The breakdown will be $100,000 in cash, with the balance comprising in-kind services, including $85,000 for a traffic plan and $35,000 for additional working shifts of the Downtown Ambassadors and the Downtown Enhancement Team. The agreement faces a ratification vote by the authority’s board of directors.

The game and related activities are projected to generate a significant economic impact, much of it downtown, the pair said. Draws include Super Bowl Live, a free event in Bayfront Park. Players will stay in downtown hotels, the NFL is in negotiations to use the AmericanAirlines Arena for some functions, and other Super Bowl-related events will be held at the Adrienne Arsht Center for the Performing Arts and the Ice Palace.

“It’s a big ask,” said Ken Russell, authority chair and Miami commissioner, at that time. “The DDA has a lot of priorities we’re dealing with.”

Authority director Jerome Hollo, vice president of Florida East Coast Realty, suggested then that the authority donate in-kind services instead of cash. He alluded to the authority’s Downtown Enhancement Team, or DET, which employs formerly homeless people who keep the streets clean and tackle other maintenance tasks.

Last week’s committee meetings focused on allocating the money in ways that would support the authority’s mission and bring permanent benefits to the district.

The traffic management plan would be a template for how downtown can handle major events, Ms. Robertson said. She is particularly concerned about downtown traffic during the construction of the new “signature bridge” to replace I-395, which is scheduled to take five years, she added.

Authority director Marta Viciedo, founding partner of Urban Impact Lab, who chairs the Urbanism Committee along with Kim Stone, pointed out that the authority’s funding is more than half of what the host committee asked.

“And we’re coming away with things that make an impact on downtown,” said Ms. Stone, an authority director who is executive vice president and general manager of The Heat Group and AmericanAirlines Arena.

“Both the traffic plan and Ambassador Program serve your mission,” said authority director Gary Ressler, a principal of the Tilia family of companies.

As a separate issue, the NFL is donating $200,000 to the City of Miami for a legacy project. The city has to match the funding and it’s not known in what part of town the project will be built. Authority directors briefly discussed directing their funding toward a lighting project on a portion of the Baywalk, if that turns out to be the legacy project, but a lot remains undecided.

“We can always open it up again” if the legacy project turns out to be Baywalk or something downtown, said authority director Eileen Higgins, a county commissioner whose district includes downtown.

The Enterprise Committee grappled with similar issues. “I’m for going back with something, so they know we’re here,” said authority director Nitin Motwani, managing director of Miami Worldcenter Group. He co-chairs the committee with Philippe Houdard, authority director and founding partner of Pipeline Workspaces & Skybank Financial. That committee agreed with the Urbanism Committee’s conclusion, so now the decision is up to the full development authority board.