Advertisement
The Newspaper for the Future of Miami
Connect with us:
Front Page » Top Stories » Transit fare collections far short of ‘ludicrous’ projections 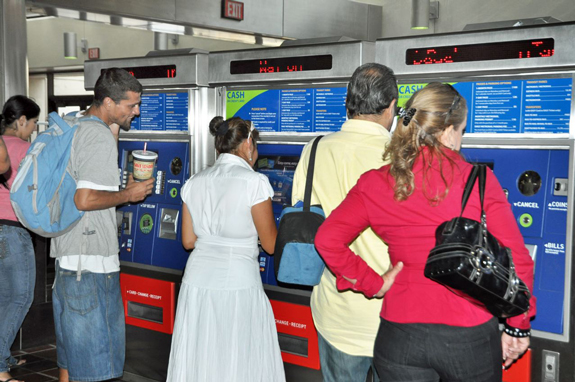 By 2023, transit fares will fall about $791 million short of 2002 estimates when Miami-Dade launched the People’s Transportation Plan (PTP) and voters OK’d a half-percent tax to add transit.

That’s more than all the cash the county sidetracked starting in 2009 to older transit systems, county Management and Budget Director Jennifer Moon says.

“The original farebox calculations assumed ridership would increase by 50% immediately and then grow each year after,” she told a transit discussion Monday. “The people who were putting this information together – I mean, 20 years ago you didn’t know there was going to be Uber and Lyft and that kind of stuff, but… a 50% increase in ridership is an extraordinary assumption to make.”

Commissioner Dennis Moss used another word to describe that assumption to the group: “Ludicrous.”

The first PTP pro forma presumed new services – including those in municipalities, which get more than 20% of PTP taxes for trolleys and more – would bolster ridership and increase transit use, Ms. Moon said.

The plan, she continued, was to run trolleys locally while county transit slimmed down to increase service frequency on arterial corridors, creating a more efficient system.

And since most trolleys and shuttles are free, fare funds expected to feed into the PTP also never came, costing the county an added $207 million loss.