Advertisement
The Newspaper for the Future of Miami
Connect with us:
Front Page » Opinion » Biggest cruise terminals deal ever a public-private win-win 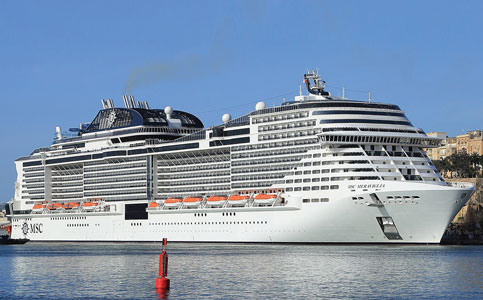 PortMiami, which is already setting cruise and freight records, is poised to multiply the bounty with the world’s largest contractual guarantee between a cruise line and any seaport.

A resolution in county committee this week would see the county-owned port and the world’s largest privately-owned cruise line, MSC Cruises, move toward a contract that would have the line at its own expense create two mega cruise terminals that could simultaneously handle ships each carrying as many as 7,000 passengers. The line would finance almost everything and could pay the county $1.66 billion or more in ground rent over 50 years.

In addition, if passenger movements in any year exceed 2.5 million – that’s 1.25 million people boarding and later leaving a ship – the county will get $12.38 per head, with the fee rising at 3% compounded annually starting Oct. 1, 2023.

The upshot would be to add about a third to passengers flowing through the world’s busiest cruise port, which last year had a record 5,592,000 passenger movements. That means at least a million more passengers yearly flying through Miami International Airport, pumping more money into public coffers, more bodies into hotel beds, more diners into local restaurants and more shoppers into Miami stores.

Economically, this is a bonanza for all of Miami-Dade County. Don’t you wish the folks who cut the deal at PortMiami had been the ones negotiating a decade ago on Marlins Stadium, which was an even bigger net loss for us than the port deal stands to be a net gain?

The good thing is, the agreement will also be a gain for the cruise line, owned by Mediterranean Shipping Co. based in Geneva, which also is the world’s second-largest container shipping line.

Winning deals for passenger and cargo users of the port build Miami’s stature in both vital areas, tourism as well as trade and logistics.

The deal’s history, as Deputy Mayor Jack Osterholt outlined it to commissioners this week, shows the possibilities when a smaller deal succeeds and leads to the next larger link.

Seven years ago the county authorized preferential berthing for MSC, which was the impetus for the line to relocate its South Florida cruise operations from Port Everglades to PortMiami. That first agreement for three years with two one-year renewals was “profitable for both parties as it has provided the port with significant guaranteed passenger volumes and revenues in exchange for preferred berthing rights at Terminal F on Saturdays and financial incentives based on MSC’s annual guarantee and actual added passenger throughput performance,” Mr. Osterholt wrote.

With that deal working for everyone, at the end of 2015 the county extended the agreement to 2027 while paying the line $175,000 a year in marketing incentives for three years and more marketing payments as passenger volumes rose when MSC agreed to homeport its MSC Seaside here year-round.

Last year, the port added preferential Sunday berthing as well for the MSC Meraviglia, starting this November. That increased the minimum guarantee from 425,000 passenger moves yearly to 650,000. At the same time, the port authorized an incentive to MSC for cargo volumes generated by its Mediterranean Shipping Co. at the port, broadening from tourism into trade.

Now MSC is lined up to expand once again, building and operating new Cruise Terminals AA and AAA for the new mega cruise ships, as each deal the port has cut has led to profitable growth for both parties and a boon to Miami’s economy.

There’s more to the current deal. MSC will build and pay for not only the mega terminals that the county will wind up owning but also garages for them to hold about 2,000 cars, provisioning facilities, ground transportation sites, intermodal staging areas, offices, and marine and pier infrastructure.

Because the seaport is not awash with vacant land, it had to get back space that is now leased to Terminal Link Miami for freight movement. It’s doing that by spending $100 million to densify the cargo yard with a $35 million construction project expected to take 777 days that was approved in November. Improvements also include electric rubber-tire gantries that provide up to 40% more container throughput on a smaller footprint. When it’s done, the county will take back about 20 acres and use almost 17 of those acres for the MSC terminals. That all comes under the heading of doing more with less.

Beyond the $100 million land deal, the county plans to spend $8 million to bring port roadways to the terminals and to contribute $15.2 million to the terminals’ construction in the form of a first-year rent rebate. But for sure most of the spending will be by MSC, with a strong cash flow coming to the county – the opposite of the baseball stadium pattern of the county spending with the revenues going to stadium owners.

In the end, the new mega terminals should be ready by October 2022 with the taxpayers and the county’s economy the local beneficiaries.

That’s the kind of public-private partnership the county should be seeking in transit and other projects. This one is a winner.