Advertisement
The Newspaper for the Future of Miami
Connect with us:
Front Page » Arts & Culture » Coconut Grove Arts Festival to feature a bicycle valet 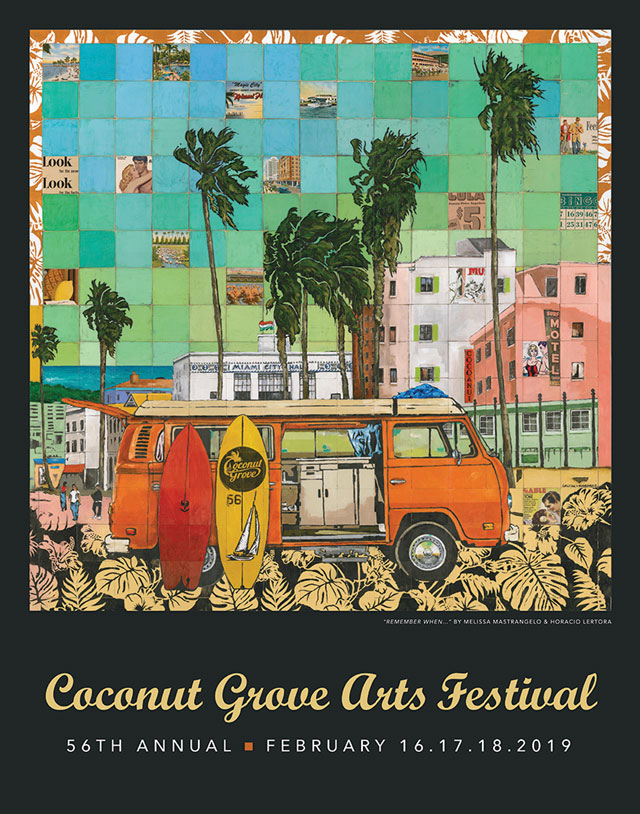 When the 56th annual Coconut Grove Arts Festival kicks off Feb. 16, the works of more than 100 new artists will be featured, out of 360 artists who will display their creations. All are winners of a two-day jury process that winnows out about two-thirds of entrants, according to a festival release.

“We are a truly juried fine-arts festival,” said Monty Trainer, festival president. The group receives 800 to 1,100 submissions each year, which are carefully considered before the final 360 to 380 are awarded a place, he added. “We have a lot of new artists this year; we do turn the artists over so that the show remains fresh.”

Artists from six countries and 42 US states will exhibit, and 50 of last year’s award winners will return to the festival this year. More than 100 of the artists hail from Florida, and 24 are Miami-Dade County residents. Works will be exhibited in 14 categories: painting, photography, watercolor, 2D and 3D mixed media, digital art, printmaking & drawing, watercolor, clay work, glass, fiber, jewelry & metalwork, sculpture and wood.

A bicycle valet is a new twist this year, part of festival organizers’ quest to have more people come into Coconut Grove without using their cars. Bike riders can check their bikes at the festival entrance on McFarlane Road. A free shuttle will bring festival-goers from the Coconut Grove Metrorail station, and the Freebie open-air vehicles will be out in force. Riders can flag them down along the Freebie routes or summon them from their smart phones.

“The Freebie service is so popular that we just bought our fourth vehicle,” Mr. Trainer said. “It’s a great service. And, of course, a lot of locals walk to the festival.”

Local chefs will prepare tasty creations at the Culinary Pavilion, which features leading chefs, and an entertainment stage has been installed at Peacock Park to offer three days of live performances. In Regatta Park near city hall, a Family Zone will provide creative workshops and art activities for children and parents.

A little-known fact is that many artists arrive early or leave late to work with local school classrooms on arts programs, Mr. Trainer said. “They pay the extra money to stay and teach the kids, which is remarkable.”

The festival runs through Feb. 18. Tickets are $15 per person, per day. Children under 12 are free, and Coconut Grove residents who live in the 33133 ZIP code enjoy a reduced rate of $5 per day.