Advertisement
The Newspaper for the Future of Miami
Connect with us:
Front Page » Transportation » Will on-demand and trolleys slay county transit? 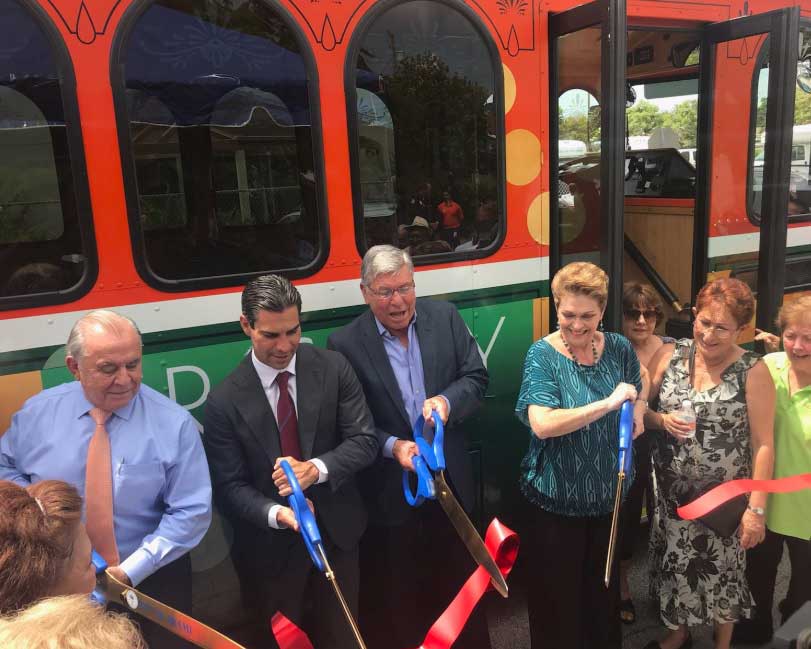 As Miami-Dade residents continue leaving county transit for city transportation services and other alternatives, some county commissioners are wondering aloud if the shift could be permanent – and what should be done if it is.

Cities get more than 20% of about $300 million generated annually through the half-percent sales tax voters approved in 2002 to expand transportation across the county.

They first used the funds for roadway and signage improvement.

Later, many launched trolleys and shuttles, with almost 30 such vehicles serving 29 cities today.

“As this grows… I can foresee [within] 10 years from today that all we have is on-demand,” Commissioner Jean Monestime said Jan. 23. “Thinking progressively, it makes sense.”

While city transportation services have seen a ridership boom in recent years, the opposite has been true for county transit, whose ridership across all four modes – Metrorail, Metrobus, Metromover and Special Transportation Services – has plummeted 23% since 2015, a November 2018 county ridership report shows.

That decline is the county’s own doing, according to transportation advocacy nonprofit Transit Alliance Miami.

An analysis the group published last year showed trolley ridership has grown 10% every year since 2013, “demonstrating a clear (and unmet demand) for transit.”

People’s inherent desire to use the most convenient and affordable transportation available is also a driving factor in less county transit use, Miami-Dade Transportation Director Alice Bravo said.

“Uber and Lyft, they’re offering different products – Uberpool, for instance – that bring the price down,” she said.

But by using tax dollars to pay for those services, the county may be funding its own competition, Commissioner Barbara Jordan said.

“It’s having the same effect that Uber had on the taxi community,” she said. “It’s like we’re promoting private enterprise free, because we’re now saying it’s OK for on-demand services to be subsidized… and we’re losing revenue for our public transportation system.”

Because unincorporated areas receive no similar half-penny allocation, residents there will be further left behind as money meant to broaden transit funds free programs that cannibalize it, Commissioner Joe Martinez said.

That incongruity, Ms. Jordan said, is especially troubling in light of massive development in well-off cities that have benefitted from transportation provisions nearly half of county residents won’t use.

“We have to look at our public transit system and how [we’re] hurting [it], unless we make it free, [which] to me is what’s fair, because we’re not collecting revenue from condos that are going up downtown,” she said. “We’re not looking realistically at what [we’re] doing in terms of public transportation, because we’re slowly destroying it.”

11 Responses to Will on-demand and trolleys slay county transit?