Advertisement
The Newspaper for the Future of Miami
Connect with us:
Front Page » Real Estate » Brickell City Centre OK’d for major expansion 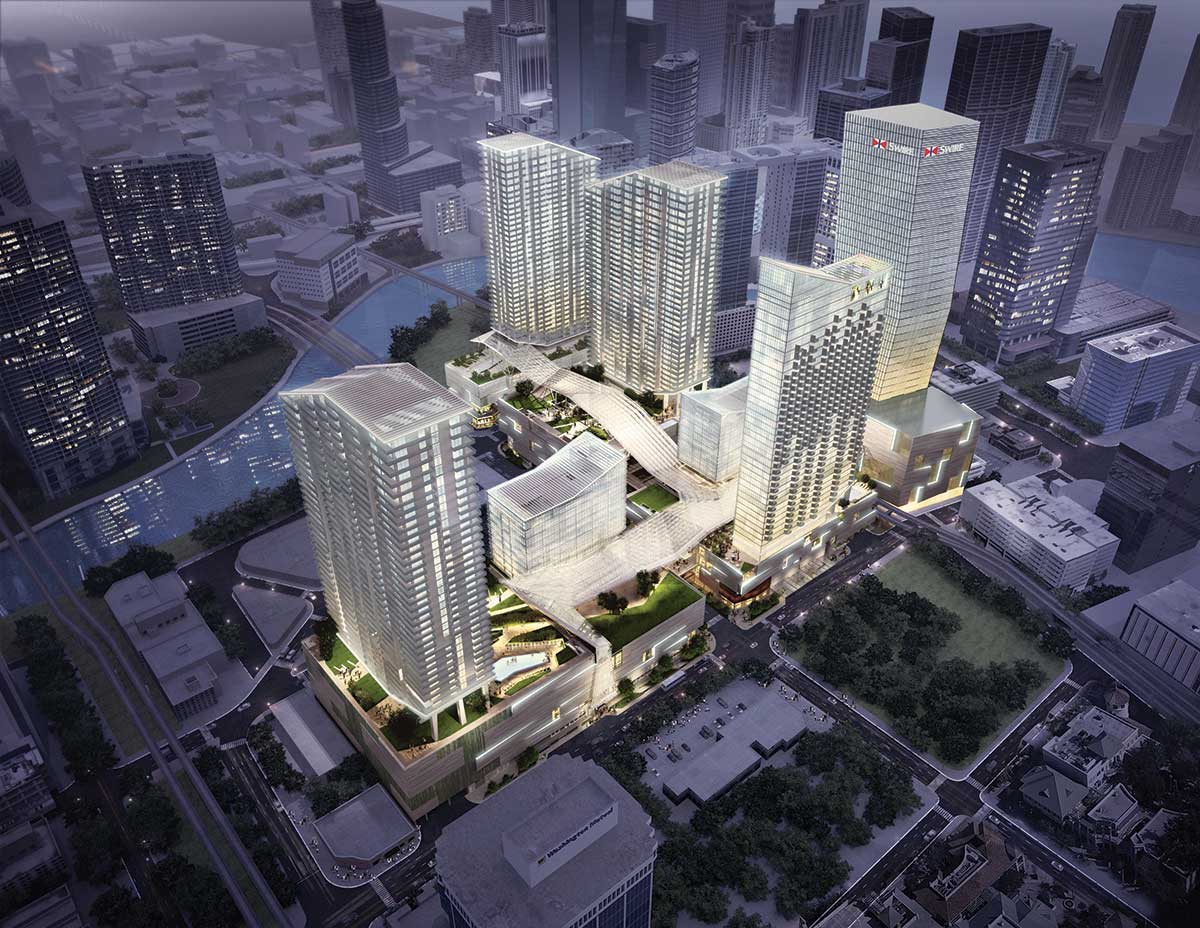 The sweeping development from Swire Properties Inc. continues to transform the Miami neighborhood south of the Miami River.

The city commission on Jan. 24 approved a third amendment to the project’s Special Area Plan (SAP) and a second development agreement.

As a bonus, Swire committed to divide $1 million equally among the five commission districts earmarked for affordable housing or anti-poverty efforts.

What commission Chair Ken Russell calls “very generous” is money he helped garner in meetings with Swire moving forward on the latest plans. First reading and approval votes came Dec. 13, as commissioners debated the best way to spend the $1 million.

Akerman attorney Neisen Kasdin, acting for Swire, said then that Swire would agree to the money going directly to the city but that no payment would be made until building permits are issued for the next phase.

He said construction’s start would be “market dependant” but probably in two to three years.

The third amendment to the previously approved SAP adds 2.39 acres for a total of 13.96.

Pedestrian bridges are to connect the new residential towers to the existing Brickell City Centre.

The expansion will include 87,284 square feet for commercial (retail/entertainment), 1,231 above-ground parking spaces, a public riverwalk, and more.