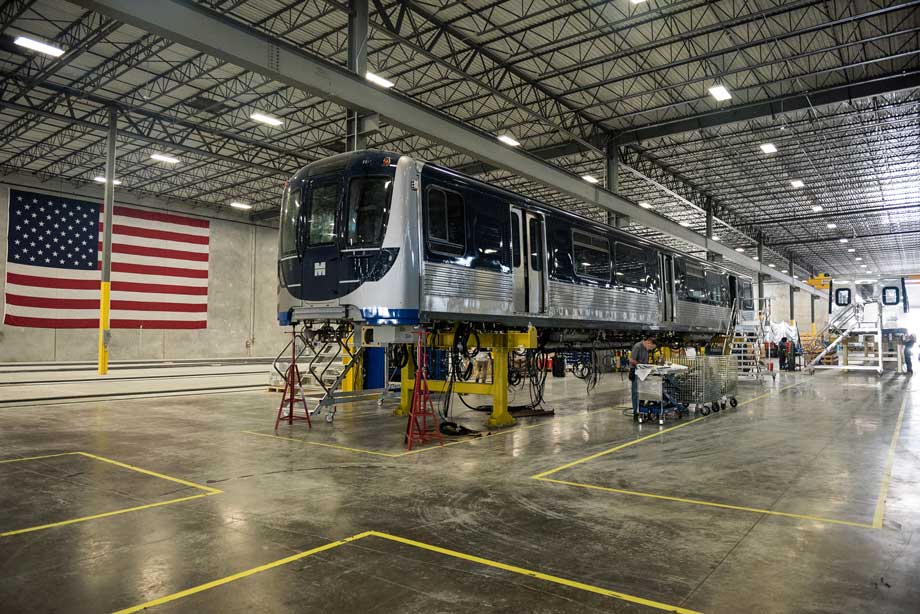 Efforts to replace Miami-Dade’s aged transit fleet are speeding up, as new Metrorail cars in use have doubled in just two months and over half the Metrobuses ordered are now running, said Transportation Director Alice Bravo. Another 250 buses could start arriving in nine months.

Of 136 railcars ordered from Hitachi Rail Italy, 56 are here with 44 in use, Ms. Bravo said. In October, just 22 new railcars were in use.

“At our peak, we run 80 vehicles, so right now close to half the vehicles we’re running every day are new,” she said. “The new cars have to go through preventative or routine maintenance, so some days we’re less than half, but most days we [are].”

The remaining 80 railcars should be here by spring 2020, she said.

Of 300 compressed natural gas (CNG) buses ordered from New Flyer of America 181 are here, with 162 rolling.

“[By] September, we will receive the leftovers,” Ms. Bravo said, adding that she expects the first of 120 CNG buses built by Gillig to arrive a month later. Miami-Dade last month bought the Gillig buses through a Central Florida Transportation Authority.

Funds for that purchase, derived from the “half-penny” transportation tax, still need a retroactive OK by Citizens’ Independent Transportation Trust, the tax’s overseer, which was to review the order Wednesday (1/16). If approved, the purchase was to then go before a county transportation committee today, after which it would still need a nod from the county commission.

Ms. Bravo said Gillig would start delivering five buses weekly in October. By then, county officials expect to have contracted with other bus builders, which should prove doubly beneficial.

“If the vendors know we can go to [multiple] providers, we can negotiate a better price,” Mayor Carlos Giménez said last month. “Instead of 20 buses a month, we can get 40 [a] month and get those old buses off the street.”