Advertisement
The Newspaper for the Future of Miami
Connect with us:
Front Page » Transportation » Miami International Airport arrivals key to Miami Beach health 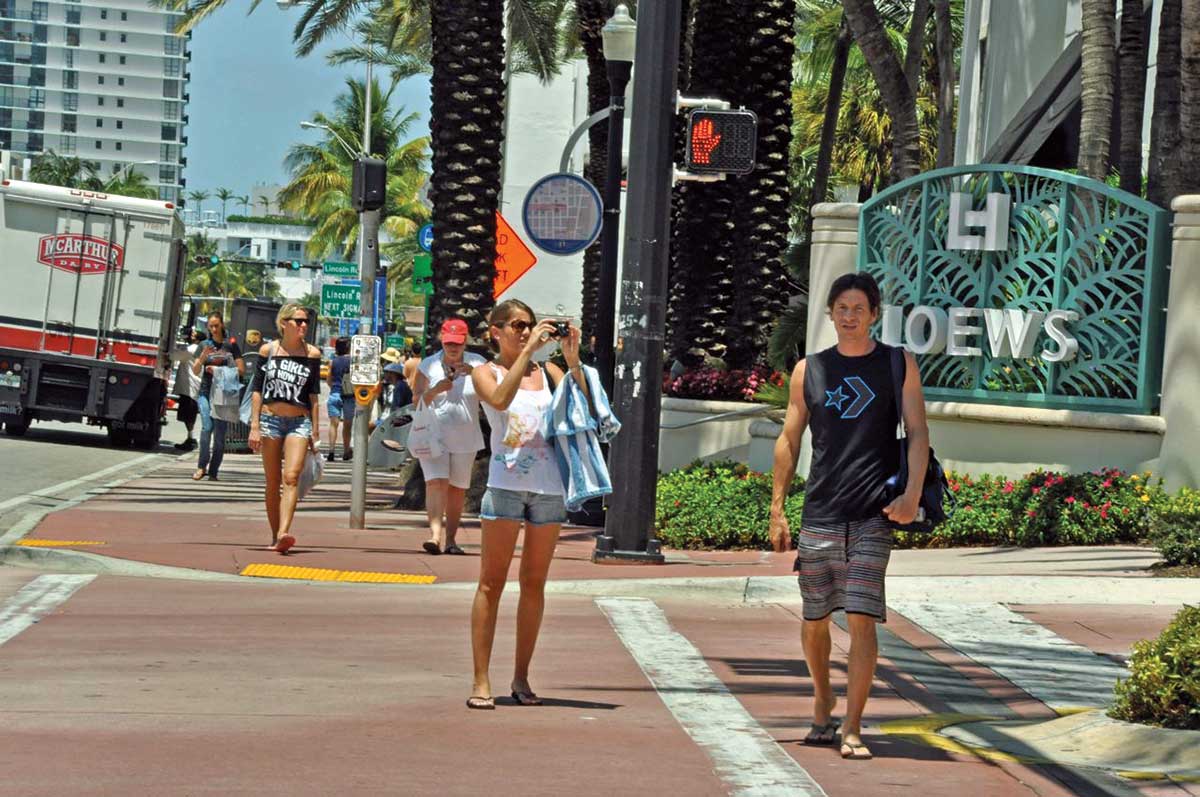 Some in Miami Beach are looking to Miami International Airport arrival figures as a marker of the health of the city’s leisure and tourism industry, no longer relying solely on diminishing hotel occupancy rates as the only yardstick. An uptick in domestic and foreign travelers is leading some business owners in the area to believe that the majority are heading their way.

The hotel occupancy rate is no longer the only indicator for the state of the tourism industry as the number of overnight guests dwindles and popularity of other lodging services grows. Smith Travel Research, or STR, notes occupancy rates decreasing since 2014. Hotels maintained 81% occupancy in 2014 as measured by STR, 80.7% in 2015, 79.4% in 2016 and 78.9% in 2017. The average for 2018 is slightly below that of last year.

Business owners say visitors are coming but staying at other lodges booked via Airbnb, a company offering over 300 places to stay in Miami with prices starting as low as $10 per night.

A market view report on hotels from CBRE Group published last year also notes that despite the market expanding with additional hotel offerings, the demand remains relatively the same.

As the hotel industry changes, those in tourism rely on visitor numbers to indicate the health of the leisure industry.

Business owners find a correlation between Miami International Airport arrival data and the number of visitors they spot on corridors like Ocean Drive.

Ceci Velasco, executive director of the Ocean Drive Association and co-chair of the Tourism and Hospitality Council for the Miami Beach Chamber of Commerce, observes more folks on Ocean Drive. “I can tell when the restaurants and the hotels are doing better,” she said. “That is the pulse of tourism for this entire area. They’re up quite a bit higher than they have been in previous years.”

She also sees the growth of cultural as well as medical tourism swelling with demand.

“We’re a small big city in Miami Beach,” Ms. Velasco said. “It’s kind of taking Hawaii and Manhattan and smooshing them together.”

The rise of other neighborhoods, such as the Design District and Wynwood, is a wake-up call to business owners. Ms. Velasco said customer service and hospitality have fluctuated in Miami Beach but the popularity of areas across the Julia Tuttle and MacArthur causeways serves as a reality check to many.

“Once you’re super successful, you take some things for granted and I think we’ve learned that lesson that we should never take Miami Beach for granted,” she said. “Wynwood and the Design District have done us a favor of making us be very aware of the need for a quality tourist environment because we do have a competition right across the water.”

Ms. Velasco said she believes approval of a general obligation bond issue will allow the area to reinvent itself. Voters last week approved the City of Miami Beach taking on a $439 million general obligation bond issue to improve three aspects of the area: public safety, recreational facilities including places for culture and parks, and infrastructure – picture better flood systems and bike lanes.

Predictions for the leisure industry next year change depending on what factors you consider. Traditionalists considering hotel occupancy rates will be disappointed. CBRE economists say the short-term outlook for Miami Beach based on hotel occupancy rates does not look bright with underperformance expected next year.

However, those counting on traveler numbers seem optimistic. Ms. Velasco said she expects the number of visitors to increase and says those walking off a flight will more likely than not make a stop in Miami Beach.