Advertisement
The Newspaper for the Future of Miami
Connect with us:
Front Page » Top Stories » Miami-Dade sets timelines on cutting fossil fuel consumption 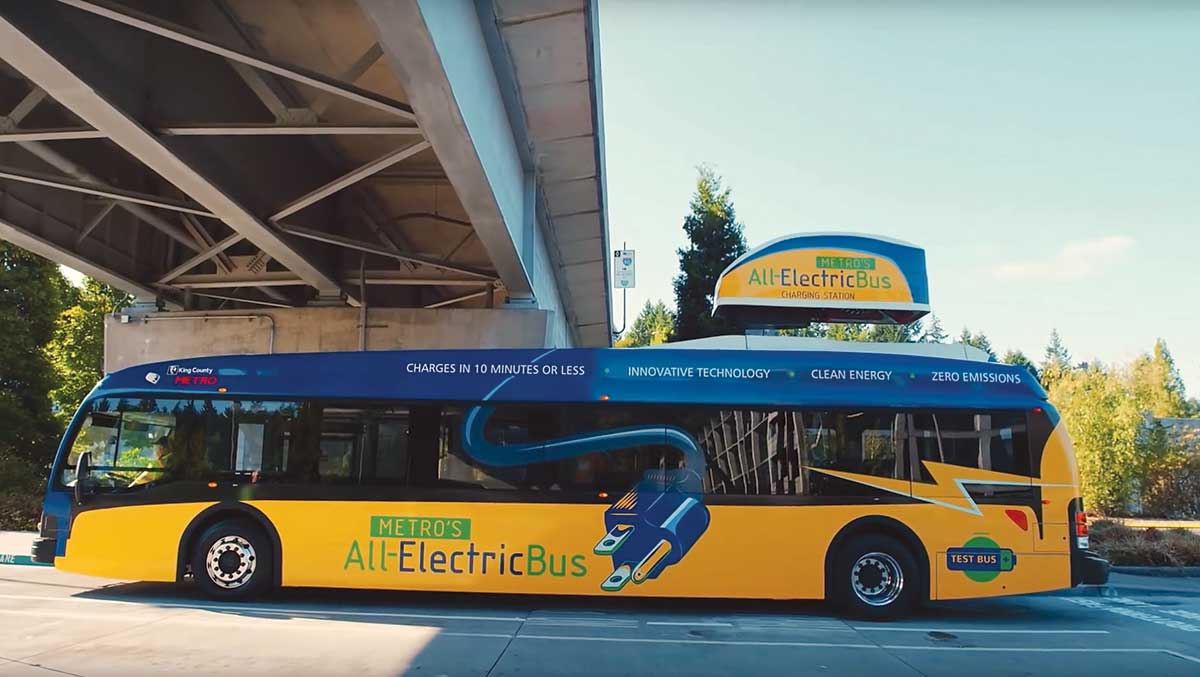 Miami-Dade has an updated timeline to reduce the fossil fuel consumption of its vehicle fleet and convert a significant portion of that fleet to electric.

County commissioners unanimously approved a resolution, sponsored by Daniella Levine Cava, directing Mayor Carlos Giménez’s office to develop a plan to reduce Miami-Dade’s gasoline consumption by 30% and diesel use by 70% by 2028.

By 2035, the resolution states, at least 50% of the county’s buses must be electrically powered.

To better track the county’s progress in the effort, commissioners directed the administration to use baseline data from 2016 as a point of comparison, measuring the:

■Number of vehicles in each fleet class.

Commissioners instructed the mayor’s office to incorporate fossil fuel reduction goals into the county’s “GreenPrint Sustainability Plan,” evaluate opportunities to improve fuel efficiencies in the county police department fleet and report annually to the commission on the progress of each directive.

Before moving to approve the item, Commissioner Rebeca Sosa asked for a report on the cost of converting half the county’s bus fleet to electric over the next 17 years.

“We need to know how much the buses plus the charging stations and related infrastructure will cost,” she said. “Even though I totally approve – we have been trying to move to use natural gas [and] electric, so less dependent, more environmentally protective – at the same time we need to [make a] decision with the proper cost in hand.”

According to a study from the nonprofit Union of Concerned Citizens, electric vehicles save from $440 to over $1,070 a year compared to average gas-powered vehicles.

While purchasing electric buses remains pricier today than diesel and compressed natural gas (CNG) buses – about $300,000 more per vehicle, according to a 2016 Columbia University analysis of New York City’s transit fleet – that amount, the analysis showed, is recouped over 12 years by a difference of about $1.42 million when accounting for fuel, maintenance and peripheral healthcare expenditures stemming from carbon emissions.

CNG buses, of which Miami-Dade bought 300 to replace its old diesel fleet, currently outpace their electric counterparts in several categories, according to a 2017 report by the Hillsborough Area Regional Transit Authority.

The electric vehicles yield a much better fuel economy, the report shows, but require maintenance five times as often and cost 25% more in total operation per mile.

As of this week, Miami-Dade Transportation spokesperson Karla Damian said, the county has received 129 CNG buses, of which 105 are in service and 24 are being tested to ensure safety, reliability and performance.

A Bloomberg New Energy Finance report in March projected those costs will markedly drop along with their electric bus battery prices, which are expected to cost about 300% less by 2030.

“However, increasing demand for e-buses could bring e-bus battery prices down faster,” the report states. “In this case, electric buses would reach cost parity with diesel buses by the mid-2020s.”

The report also found the total cost of ownership for electric buses, at 99 cents per kilometer, was lower than both diesel and CNG, which cost $1.05 and $1.19 per kilometer, respectively.

Several major US metropolitan areas have committed to converting to electric buses. New York City, which at 5,700 buses boasts the largest fleet in the nation, plans full electric conversion by 2040. Los Angeles, hosting the nation’s second-largest fleet, has a full conversion goal of 2030. And San Francisco, which has 1,100 city buses, announced in May that all its buses will be electrically powered by 2035.

“Zero-emission electric buses are the right choice for our community, our environment and our county budget,” David McDougal, a founding member of the Miami Climate Alliance, told commissioners. “As you know, a transit agency that chooses zero emission buses can expect to save $200,000 over the lifetime of the vehicle as compared to a diesel or [CNG] bus. Given the size of the Miami-Dade fleet, that would be a savings of $80 million over 12 years.”

Though the county has since converted some of its fleet to hybrid-electric and bought some electric-only vehicles, it nonetheless failed to meet its goal, County Attorney Abigail Price-Williams wrote.

But compared to 2003, she wrote, many more options exist today to convert to high-fuel-efficient police vehicles, including police pursuit cars.

In 2008, commissioners signed Miami-Dade onto the National Association of Counties’ “Cool Counties Climate Stabilization Declaration” and agreed to reduce county-wide carbon emissions by 80% through 2050.

The county in 2010 released its long-term “GreenPrint Sustainability Plan,” whose goal, Ms. Price-Williams wrote, “is to provide a framework for action and make county government operations more ‘green’…improve the overall sustainability of the county and include a set of overarching sustainability goals along with specific initiatives or measures that the county can take to achieve those goals.”