Advertisement
The Newspaper for the Future of Miami
Connect with us:
Front Page » Government » Miami Marine Stadium plan ‘going forward,’ but it’s late 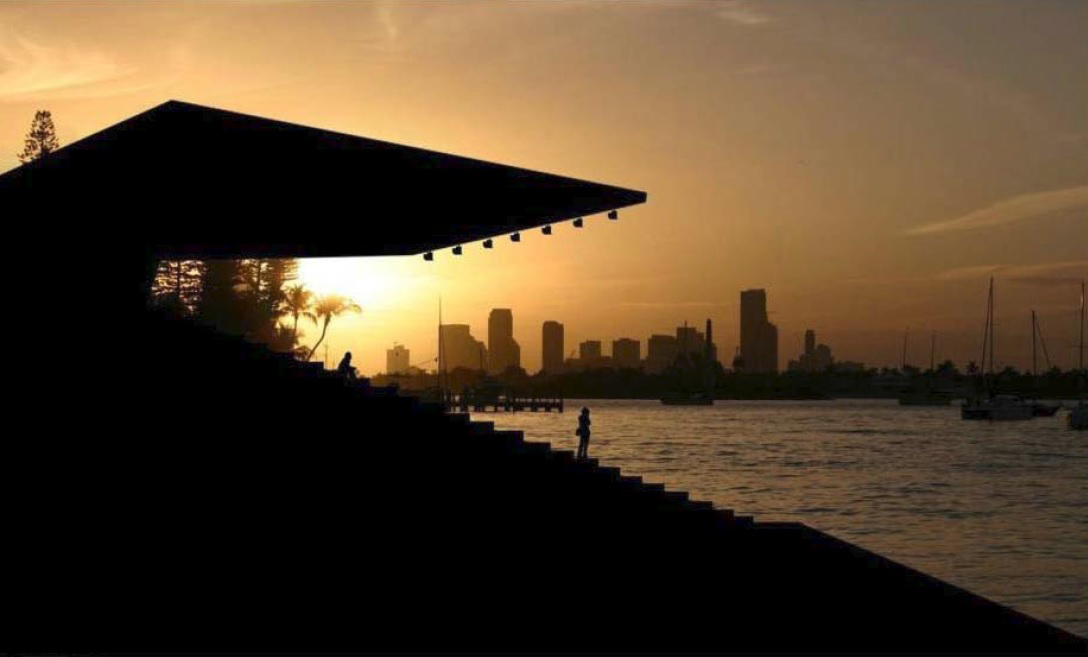 The architect hired to bring Miami Marine Stadium back to life says his team is “going forward nicely” with restoration.

Richard J. Heisenbottle offered a status report during a Sept. 20 community workshop on the Marine Stadium Flex Park, the land and shoreline hugging the iconic concrete stadium on Virginia Key.

“We are in the design-development phase now,” Mr. Heisenbottle told a crowded room at the Miami Rowing Club, next door to the flex park. He said the design plan will be turned in to city officials for review in about a month-and-a-half.

That is not in line with a timetable provided by the city’s Office of Capital Improvements to Miami city commissioners in February, which shows design development was to be done by August.

Listed under Phase VI – Future it says construction is to be completed by November 2021. The report also has a schedule for a companion project, a maritime center next to the stadium.

The city owns much of the barrier island. Its plans to develop the area have created suspicion and animosity among Key Biscayne residents and officials.

Rickenbacker Causeway is the only road in and out of the village of Key Biscayne. For many years village leaders have fought development of Virginia Key for congesting traffic and limiting public access to the water.

The city closed the stadium in 1992 in the wake of Hurricane Andrew. Talk of restoring the facility was just that for years until November 2016, when the city commission approved $45 million in bonding to borrow money for stadium renovation and other improvements.

The restoration advanced in January 2017 when the commission hired R.J. Heisenbottle Architects for architectural and engineering services related to the stadium.

The flex park is being developed separately. The city hired Civitas Inc. to design the park. After about six weeks of working on general concepts for the space, city officials and Civitas representatives held the first public meeting on those ideas Sept. 20.

Concepts ranged from a carved out swimming cove to a fitness hub to a resilient green space, and beyond. Presenters got a lukewarm response from residents, several of whom were critical and skeptical.

One woman said it was hard to envision the best concept for the flex park land until the stadium is restored. She called the stadium the beating heart of the island. “Everything should be secondary to the stadium,” she said.

Also discussed was the impact of the city licensing use of the flex park and the historic basin each February for the Miami International Boat Show. The boat show is an obstacle to what could be done with the site, some said.

Designing around the boat show infrastructure was cited as a challenge in the Civitas presentation, but designers said they are working hard to make all the pieces work together.

The Heisenbottle firm earlier had presented a report that a restored stadium could host Jet Ski competitions, beauty pageants and more. The report lists five categories of uses: marine; sports and fitness; community; education and nature; and entertainment.