Advertisement
The Newspaper for the Future of Miami
Connect with us:
Front Page » Top Stories » Funding transportation in Miami-Dade just got trickier 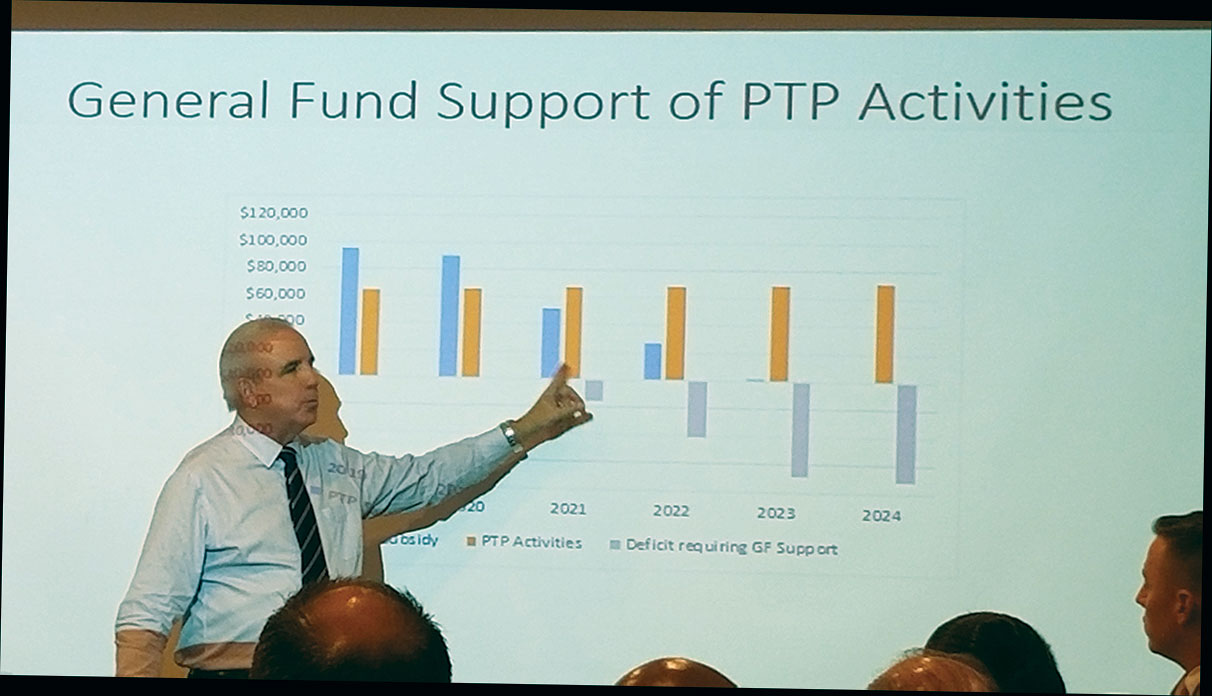 “I just want to put the administration’s position on the record,” he said. “I think what you’re going to see today is going to be eye-opening to you.”

Voters in 2002 approved the surtax, known as the “half-penny tax,” to help the county raise money for additions, improvements and expansion of transportation and transit service and infrastructure.

But starting in fiscal 2008-09 amid recession constraints, about $100 million in PTP funds were annually diverted to support maintenance and operation of existing systems.

The transportation trust in 2015 approved a resolution to separate the funds by fiscal 2019-20. Last month, citing repeated postponements, the trust reiterated its wishes.

“[The county’s budgets] continuously state that unification will be unwound in five years, but that date continues to be pushed back each year,” the resolution states. “Now [it] is not expected to be unwound until 2023 when it was originally proposed to be unwound in 2020.”

In a prepared statement, Commissioner Xavier Suarez called the move “a major victory.”

According to Management and Budget Director Jennifer Moon, though discontinuing the unification would indeed lead to the PTP surtax being used solely to support PTP projects, due to expanding PTP project costs the general fund would start subsidizing PTP activities by 2021and cover the costs entirely by 2024.

The general fund, she said, would pick up system-wide operations and maintenance costs both existing and new through 2058, while the half-penny surtax revenue repays bonds.

“That means the general fund actually has to pour money into those services to provide for those promises made by the PTP,” Mr. Giménez said.

The original PTP plan, Ms. Moon said, assumed a flat annual subsidy – or maintenance of effort – in addition to surtax revenue of $111.8 million from the county general fund, supported by property tax, license and permits, service charges and other general revenue.

But less than a year later, the PTP was revised to increase the county’s annual contribution by at least 3.5% – an amount Mr. Giménez, a commissioner at the time, said reflected the assumed annual growth rate for county transit operating expenses.

“It didn’t seem right to me that $111 million, if that was going to go on for the next 40 years, is actually a diminishing level of maintenance of effort,” he said.

When the half-penny was unified with the general fund in 2009, the county borrowed $130 million in PTP funds to pay for existing services and offset operational deficits, an amount Ms. Moon said has since been repaid with interest.

Prior to unification, PTP surtax funding supporting operations and maintenance was $492 million not including the loan, Mr. Giménez said.

Since the unification, it’s been roughly $983 million, of which $521 million has gone toward PTP activities including the free Metromover, free and discounted transit passes, the Metrorail connection between Earlington Heights and the Miami Intermodal Center adjacent to the airport, 30 additional bus routes and a 20% subsidy for municipal circulators like trolleys.

“People have been talking about billions of dollars – a billion and a half dollars, etcetera – that’s all incorrect,” he said. “Some folks have come here and said we take $95 million a year… you can bond out for 30 years and then somehow, viola, you’ll have $1.8 billion. That’s completely, totally misleading, because even our own [projection] says that by the year 2023 we will take no operating subsidy from the PTP, which means in effect that the general fund will be funding some of the promises of the PTP.”

That fiscal impact will show in the first major transit expansion project since the three-mile Metrorail “Orange Line” expansion to the Miami Intermodal Center in 2012.

Beginning in 2023, Ms. Moon said, operations and maintenance costs of the planned bus rapid transit project along the South Dade Transitway would be entirely paid for by the general fund and other sources, not the PTP surtax, “because the PTP is being completely consumed with the debt obligations and contributions to municipalities.”

“The total subsidy that’s going into just the South Corridor from sources other than the PTP is $3.7 billion through 2058,” she said. “That’s the commitment of the county. We’re going to put in general fund in excess of the maintenance of effort.”

Promising such an investment, Mr. Giménez said, is crucial to attaining a high investment rating to secure federal dollars and the maximum amount of state funding.

Javier Betancourt, executive director of the Citizens’ Independent Transportation Trust, said Monday the trust’s plan to untangle the funds still stands and it will discuss the matter further today (9/13).

System operations and maintenance costs were always going to eventually outpace the PTP surtax, which would then go toward paying off bonds for new projects, he said, and it’s just been a matter of when.

“There’s a lot of frustration with the fact we’ve been subsidizing existing systems for quite some time now and we are ready for that to come to an end,” Mr. Betancourt said. “Our position is we’d like that to happen sooner rather than later. The administration’s position is they’d essentially like a little more time.”

4 Responses to Funding transportation in Miami-Dade just got trickier