Advertisement
The Newspaper for the Future of Miami
Connect with us:
Front Page » Top Stories » Miami Beach seeks to host 2020 Democratic National Convention 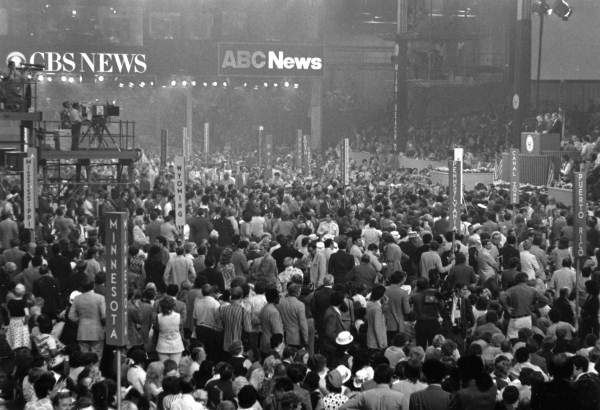 The city will respond to a request for proposals for the convention issued this month. Mr. Gelber speculated that the convention will need 30,000 rooms to house attendees. He also mentioned high levels of security and commitment on the part of Miami Beach.

“We are not at a point yet where anything we do commits us inalterably to being the host city. It’s a very big deal,” Mr. Gelber said. “It’s something you really have to think about. I have reached out to the county mayor and the City of Miami mayor with the notion that this is not simply a Miami Beach thing.”

If the city is selected as a finalist for the 2020 convention, a site visit would come in August. If the Democratic National Committee decided to award the convention to Miami Beach, the city would need to decide by January whether to accept it.

Miami Beach has hosted three national party conventions, once for the Democrats, in 1972, and twice for the Republicans, in 1968 and 1972. All three were at the Miami Beach Convention Center, which has been under renovation for 28 months and is only partially open for events. But the center is slated to be completed and fully open again in September.

All three of the national political conventions held here experienced difficult moments. At the Republican convention in 1968, then-vice presidential nominee Spiro T. Agnew made comments against black activist leaders in Maryland for not supporting what he perceived to be positive programs for black neighborhoods. Many people walked out of the convention as a result.

The 1972 Democratic convention was described in a New York Times article as “a disastrous start to the general election campaign.” Then-vice presidential nominee Thomas Eagleton was forced to back out at the last minute after it was revealed that he had received electroshock treatment for mental illness. Sessions began in the early evening and lasted until sunrise the next day. Then-presidential nominee George McGovern could not deliver his acceptance speech until 2:48 a.m., after most people had gone to bed.

San Diego was originally selected to host the 1972 Republican convention but because of a possible scandal involving the International Telephone and Telegraph Corp. giving money to the San Diego bid in exchange for the US Department of Justice settling its antitrust case against the company, the convention quickly switched locations to Miami Beach. It was the sixth and most recent time both the Republican and Democratic national party conventions were held in the same city.

The Republican convention in 1972 also faced widespread protests, mostly against the Vietnam War. The Nixon administration tried to suppress protesting by famously instructing the FBI to monitor John Lennon, who played at the protests.

The Greater Miami Convention & Visitors Bureau declined to comment on what hosting another national political convention might mean here, saying it is still too early to speculate on possible preparations and numbers.