Advertisement
The Newspaper for the Future of Miami
Connect with us:
Front Page » Real Estate » Miami-Dade County civil courthouse back at square one

Miami-Dade County civil courthouse back at square one 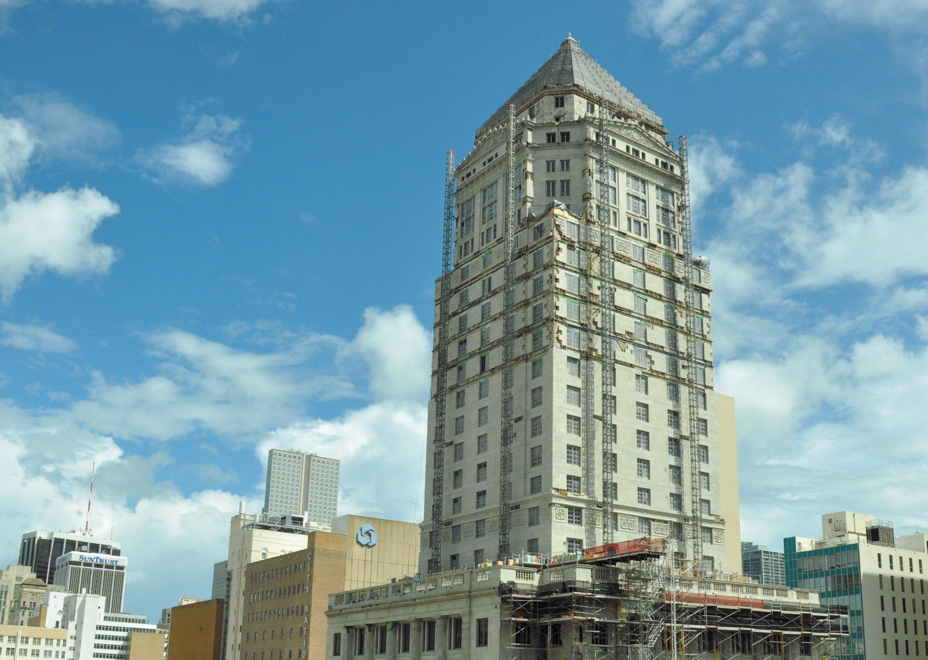 After a five-hour-long discussion about how to move forward with plans for a new Miami-Dade County civil courthouse, commissioners Tuesday delayed substantive decisions until May.

“In essence, we are right where we started,” said Commissioner Esteban Bovo Jr. “We will keep both locations and both processes and report back on May 1.”

The existing courthouse at 73 W Flagler St. was built almost 100 years ago, when the county had about 100,000 residents, compared to today’s over 2.7 million. The county pours millions into remediation of the old courthouse each year to address safety and health concerns. Today, three floors are completely closed off, as they pose a health hazard to county employees and residents who visit the courthouse.

For the past five or so years, the county has debated how to move forward with a procurement method for the new courthouse.

“This is the kind of discussion that created the maxim of the two things you never want to see being made: sausage and laws,” said Commissioner Daniella Levine Cava. “This is very convoluted and hard for the public to follow.”

While the county was gearing up to release its request for qualifications [RFQ] to the public in January, it received an unsolicited proposal from the developers of All Aboard Florida’s Brightline.

Mayor Carlos Giménez rejected the unsolicited proposal within his 30-day initial evaluation period, saying an unsolicited proposal is confusing for other developers interested in bidding on the courthouse, recommending Brightline bid on the public RFQ rather than create a separate procurement process.

Commissioners at the Feb. 21 county commission meeting refused to accept Mr. Giménez’s rejection of the unsolicited proposal, directing him to re-evaluate the proposal and bring back an updated recommendation.

Tuesday, commissioners were to review the mayor’s recommendations and vote on a path to move forward.

The commission took three separate votes, extending the existing path and choosing not to make any decisions to narrow the focus of the process until May.

The mayor and his administration prefer the site adjacent to the children’s courthouse, saying it is much larger at 40,000 square feet, possibly reducing the construction price; it has already been environmentally remediated, sparing the county extra costs; and is more conveniently located, as there would be two courthouses side by side.

“This space was envisioned to provide services for children when the children’s courthouse was constructed,” Ms. Heyman said.

Chief Judge Soto echoed Ms. Heyman’s statement saying there are services that children need that they can’t access at the children’s courthouse:

“We have children with great needs,” she said. “We need supervised visitation near the courthouse, we need Medicaid and we need additional services to treat our children.” Judge Soto said the county loses children once it sends them to get services, and the most comprehensive and effective solution would be to have one space where children can go to court and have services provided to them.

Rather than choose either project site, commissioners voted to keep both project sites in the RFQ, letting developers bid on the available Flagler location and the site adjacent to the children’s courthouse.

Mr. Giménez told commissioners he would return to them in a few weeks an evaluation of both sites, showing the cost differential. He said he believes that the extra 20,000 square feet at the children’s courthouse site will make that the preferred location, as it could prove cheaper to build than at the smaller, narrower site on Flagler.

“Once you have that information, you can make a value judgment on what you think is best,” Mr. Giménez told commissioners.

The decision to separate the procurement of the existing courthouse from the new courthouse is in line with the mayor’s recommendation.

“The courthouse should be sold separately because we will get a much better price,” Mr. Giménez said, “which is a significant consideration.”

“When you sell your car, you are guaranteed more money than if you trade it in,” Mr. Martinez said. “As soon as you tell them you are trading in your car, the value of your car drops significantly.”

Lastly, the commission voted to continue the dual track, moving forward with both the unsolicited proposal and the RFQ, delaying the decision until May.

All responses to the RFQ are due back to the county by May 2, and the commission would like to review the competition before dismissing the unsolicited proposal.

Internal Services Director Tara Smith again advised commissioners that keeping the unsolicited proposal in the race could deter developers from bidding on the RFQ, as they may perceive that the county is favoring one developer over others.

Mr. Giménez reminded commissioners before their vote that nothing precludes Brightline from bidding on the RFQ, keeping their project in the race even if the unsolicited proposal is rejected.

“They have drawn out plans and done all kind of work which may fit what we want,” Mr. Giménez said. “They would certainly be deemed qualified.”

While the commissioners and the administration didn’t agree on much Tuesday, everyone was in agreement on the dire need for a new courthouse.

“We can all agree that we need to have access to justice that can be conducted in a dignified way,” Ms. Levine Cava said.

By the nexty commission meeting on May 1, Mr. Giménez is to have a cost evaluation comparing the two sites for the courthouse location. Most, if not all, responses to the RFQ will have been submitted and the commissioners are to make two decisions: they are to choose the site for the new civil courthouse and decide between the unsolicited proposal and the RFQ as a procurement method.