Advertisement
The Newspaper for the Future of Miami
Connect with us:
Front Page » Arts & Culture » Frost Museum of Science shatters visitor goals in year one

Frost Museum of Science shatters visitor goals in year one 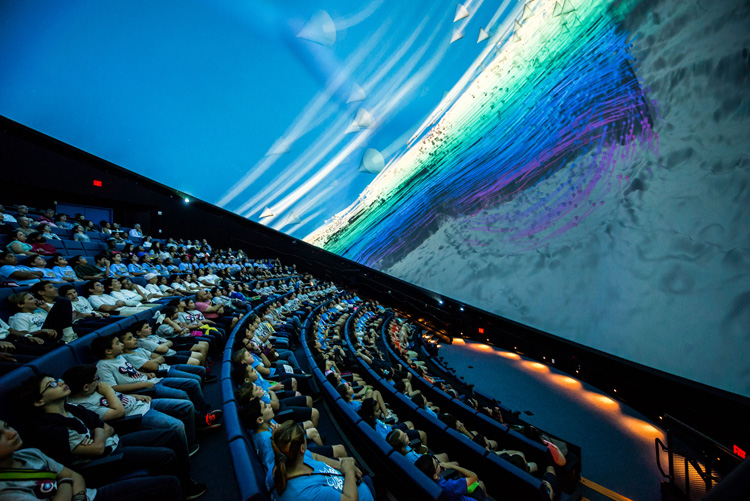 The Phillip and Patricia Frost Museum of Science, which officially opened to the public in May 2017, has already surpassed its attendance goal for its first full year, reporting 779,400 visitors so far, while the Pérez Art Museum Miami next door has had steady growth ranging from 44,587 to 368,364 visitors yearly between December 2013 and December 2017.

Despite maintaining steady growth, neither museum has yet extrapolated its attendance arriving from the Museum Park Metromover Station right next door, according to the museums’ heads of marketing and public relations.

“Our attendance is experiencing a steady progression with the exception of a slight dip in the second year, which was both anticipated after the inaugural year but less of a dip than was expected,” said Alexa Ferra, director of marketing and communications at the Pérez Art Museum Miami.

“We also offer a ticket discount through the EASY Perks Program for those guests with an EASY Card or ticket traveling via Metrorail and Metrobus,” she said.

At the Pérez, Ms. Ferra said, “we don’t have exact data about Metromover riders. However, we do see large amounts of guests using the Metromover, especially during weekends and other peak times – like our free first Thursdays and free second Saturdays programming.”

As for parking, Ms. Dorfman said the museum garage has been sufficient to accommodate the demands of the museums and the surrounding area.

“During peak times when the parking garage is full,” she said, “guests use spillover options, such as Museum Park, Omni Garage and other surface lots in close proximity to the campus.”