Advertisement
The Newspaper for the Future of Miami
Connect with us:
Front Page » Healthcare » Medica Trade Fair, largest medical trade show, a bonanza for Florida 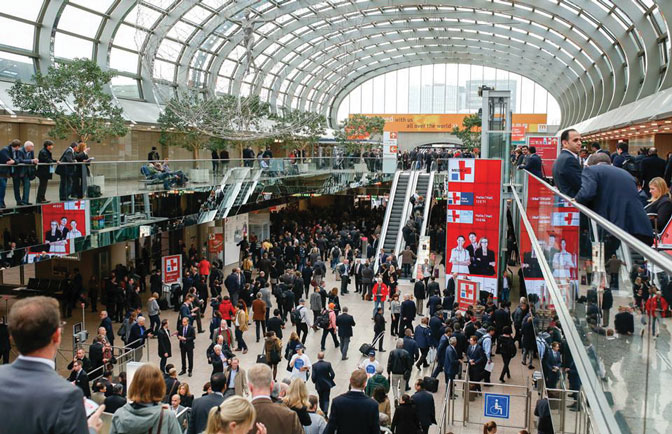 The Medica Trade Fair, the world’s largest medical trade show held in Germany, brought Florida more than $122 million in total projected export sales, Enterprise Florida reported this month.
While Enterprise Florida, the state’s public-private business development arm, reported these export sales, the projected data come from the 23 Florida companies that participated in the show.
“We call it the expected sales, and essentially the way that works is we require participants to file an end-of-event report and project any business you’ve done on the spot and your realistic expectation for future business in the next one to three years,” said Manny Mencia, Coral Gables-based vice president of international trade and development for Enterprise Florida.
The Medica Trade Fair took place in Düsseldorf from Nov. 13-16 with small and mid-sized Florida companies active. The four from Miami-Dade County were Atlas Specialty Lighting, Gaumard Scientific, Kollsut-USA and Medas Inc..
Companies from all over the world came to see the latest advancements in the field.
“That’s (Düsseldorf) the number-one marketplace in the world for that industry,” Mr. Mencia said. “If you’re a Florida company, you can do a deal with an Egyptian company, an English company, an African company, and the percentage of the companies that you meet that are German are only a fraction of the companies you can do business with.”
Juan Basalo, the general manager for Medas Inc., said attending the fair was very good for the company.
“There were excellent traders and so many people in the medical business there,” he said. “We’ve made about five connections from the Middle East and Asia.”
One of the main reasons the companies don’t have the exact export sales number is because it takes time from when the businesses meet a client to the time a deal actually takes place.
“Oftentimes we recommend for them to come back and do the show a second year,” Mr. Mencia said. “We tell companies, if you exhibit in a trade show one year, try to make a commitment for two years’ presence, because what that allows you to do is to meet the clients, develop the relationship and ideally close the deal the second year.”
The most recent Medica trade fair was “extremely successful,” Mr. Mencia said.
“This was one of our highest expected sales totals,” he said. “If you want to expand your exports in that field, it’s an event that you have to consider.”
In terms of demand for a spot to be part of the show through Enterprise Florida, Mr. Mencia said they’re often sold out for participants months in advance.
“We sell out that show eight to nine months in advance,” he said. “Right now, in February with the next show in November, I would say we’re at 75% to 80% of our space already accounted for.”