Advertisement
The Newspaper for the Future of Miami
Connect with us:
Front Page » Transportation » 25% of Miami-Dade buses run free because fare boxes broken 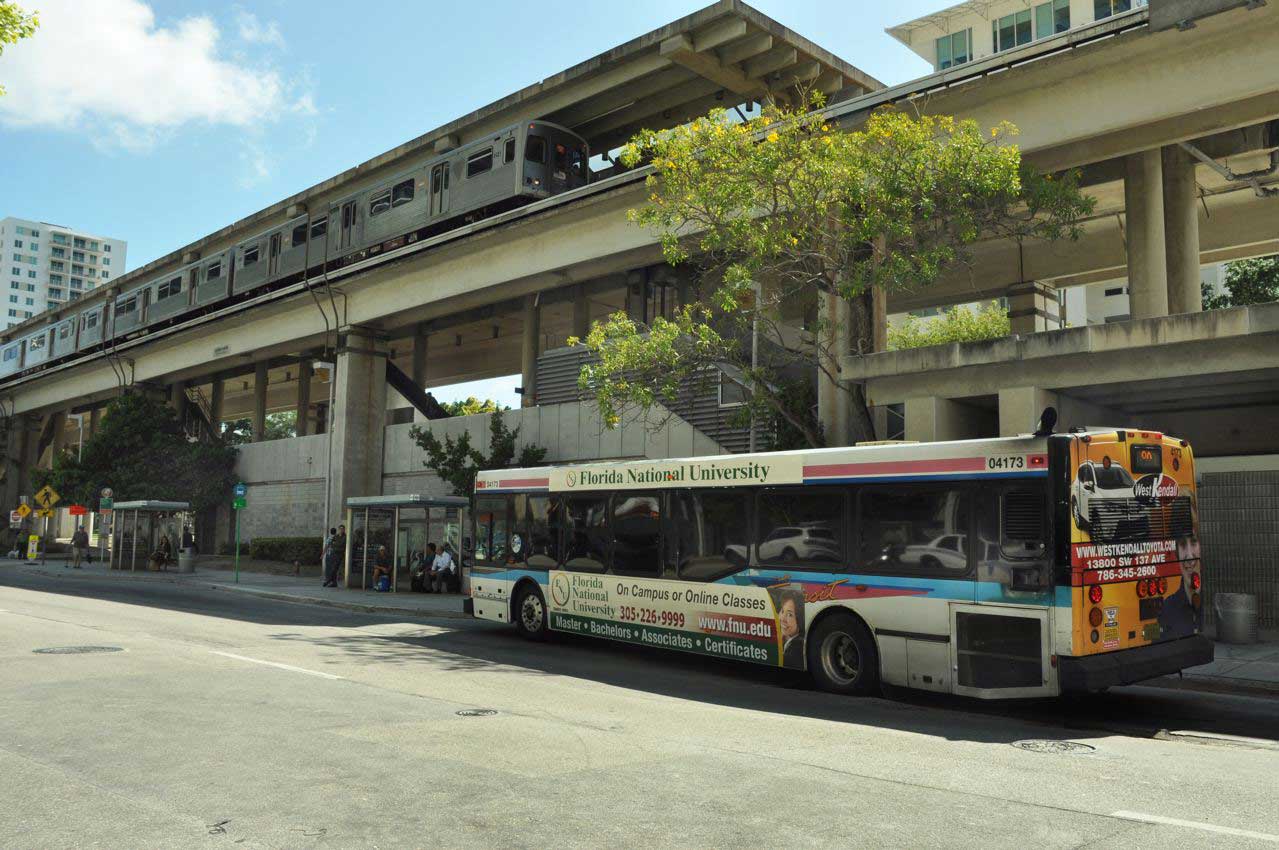 With Miami-Dade struggling to find innovative ways to funnel money into its SMART plan to add rapid transit while also keeping up with daily operations, the Transportation Workers Union says the Transportation and Public Works Department is missing a significant revenue source. The union says declining transit revenues are misrepresented, claiming that up to a quarter of the county’s bus fleet operates with broken fare boxes on any given day, making rides free.

With a sharp decline in revenue last year, the county couldn’t meet the operational needs of transit covered by revenues and had to find other ways to fund transit or cut services.

PTP collections have steadily increased in the past five years, with the most recent report from fiscal 2015-2016 bringing in $251.6 million, according to the surtax collection report.

Of the $251.6 million, only $75.8 million were directed toward capital reserve projects in the county, though the original tax was intended to exclusively fund expansions.

To amend the redistribution of money to operations, Commissioner Barbara Jordan in 2009 sponsored an amendment that required 10% of the money going to the transit department be dedicated to capital expansion of the transit system.

This year’s budget reduced the minimum 10% contribution to 5%, and is using the $5.5 million to support transit operations after the decline in revenues.

Tension between transit workers and county administration have been high over the past year, with Mayor Carlos Giménez saying absenteeism in the Transportation and Public Works Department is the highest in the county, accounting for long waits and poor service.

The transit union says that broken fare boxes, and not transit workers, account for a decline in revenues and poor service.

In November alone, bus operators reported 362 times that their fare boxes weren’t able to accept some or all forms of payment.

On 286 occasions, bus traffic control dispatchers told the bus operators to continue picking up passengers and give rides away free.

“We actually agree with them on protocol,” said Miami TWU Vice President Pete Flores. “We don’t want to inconvenience the passengers.”

Mr. Flores said that many times, if the fare box break occurs toward the beginning of their shifts, bus drivers will spend the entire day working without taking fares.

Mr. Flores said the county now does not have a method for recording how many rides are unpaid when a fare box breaks, so there isn’t an entirely accurate estimate for revenues lost.

“I don’t think the county manages it well or cares about keeping track,” Mr. Flores said.

He estimates that the county has lost hundreds of thousands of dollars of revenue.

After “crunching numbers” about six months ago, the union said that about a quarter of the bus fleet is driving without a working fare box.

Of the 800 buses in the fleet, about 200 had a faulty fare box reported by the operator in November.

“Some instances aren’t even recorded because the bus traffic control won’t call back if it’s not an emergency,” Mr. Flores said, leaving buses with broken fare boxes in the garage without any maintenance once a driver’s shift is over.

Transportation and Public Works Director Alice Bravo was unavailable to comment on the protocol or verify the numbers presented by the union.

The county previously had a backup system to collect fares when the electronic fare box was broken, Mr. Flores said. “We would have a stainless steel box at the front of the bus, covered with tape. If the machine broke, then we could peel the tape off and passengers would deposit money.”

Now that the backup system has been removed, the county makes rides free when buses can’t process fares.

Mr. Flores said fare boxes break a variety of ways: they can get jammed with money, lose power, or the machine that probes the user for information can lose connection.

Mechanics attribute the frozen and broken fare boxes to fault-prone equipment and bad planning on the part of the department, the union says.

Fare boxes are made up of three units manufactured by different companies and then cobbled together, the union says.

Though the union maintains that bus ridership is declining nationally, Mr. Flores said the numbers aren’t as dire as the county paints them to be, as many rides go unrecorded and unpaid.

“They use declining revenue to justify outsourcing some of our routes, but they are using faulty data,” Mr. Flores said. “Our fare boxes aren’t collecting the data they need because we don’t have the right equipment.”

Mr. Flores said ridership numbers released by the transportation department are “misleading the commissioners” and driving the county to reduce the operations cost and make cuts to the department.

Though the union agrees the county should continue to provide free service when fare boxes aren’t operating fully, Mr. Flores said he hopes new buses will soon be introduced to reduce delays and make for a better experience for riders, without placing blame on drivers for poor service.

“They have been saying for three years that we are getting 300 buses and we have only gotten one,” Mr. Flores said. “We want the equipment needed to do our work and we need our buses replaced.”