Advertisement
The Newspaper for the Future of Miami
Connect with us:
Front Page » Real Estate » Miami condo price reductions in sales just 1.1% from list 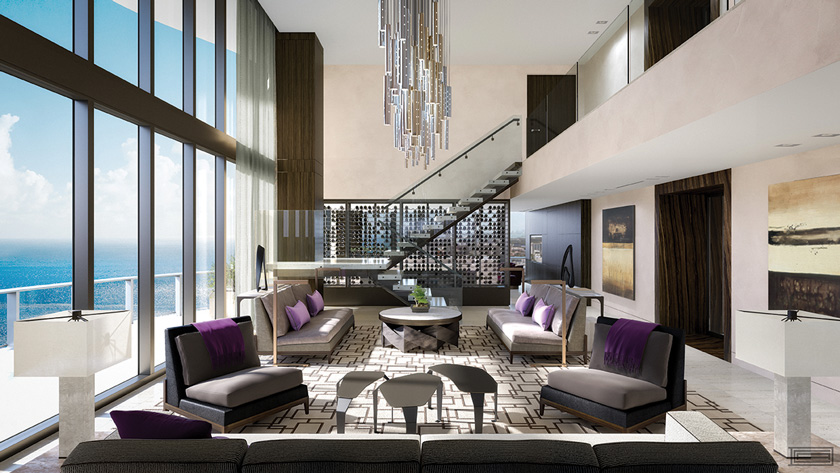 Miami has seen a recent boom in not only condominium construction and sales but also resales.

While many buildings are still in the pre-construction or construction stages, there is always a demand for units in existing buildings, observers say. Of the 50 most expensive, prices range from $13.9 million for a 6,120-square-foot unit on Fisher Island to $55 million for a penthouse at Faena at 3315 Collins Ave. on Miami Beach. The five-bedroom, five-bath unit features 8,273 square feet of living space.

Though sellers of single-family homes priced at more than $1.5 million have had to drop their prices an average of 3.8%, condo prices were reduced by only 1.1%, according to the Multiple Listing Service.

“The top of the market is stable,” said Alicia Cervera, managing partner and principal of Cervera Real Estate. “It’s not a raging market – which everybody prefers – but it’s not in freefall, either.”

There’s no shortage of buyers, but different factors motivate them to buy, she said. “The reality is, you’re selling to a very small pond, maybe 5% of the population. People at this level have the cash; it just depends on when they want to pull the trigger.”

Cervera Real Estate advertises both locally and in targeted luxury publications. “The big shift is that you don’t market geographically, but to other demographic factors: where they go, what luxury items they consume. What appeals to them? Is it the boat show, is it Art Basel, is it the Miami 500 races? We advertise in our own backyard, too, because we know wealthy people from around the world come here.”

In Miami, luxury condo buyers want to be on the water, near upscale restaurants and luxury shopping, Ms. Cervera said. Edgewater, where Cervera Real Estate is marketing Elysee Miami and Biscayne Beach, is near the Design District, as is Aria on the Bay; Aston Martin Residences is downtown, close to Zuma and DB Moderne restaurants, she added.

Other properties the group represents are The Grove at Grand Bay and The Markers in Coconut Grove and The Bond and Smart Brickell in Brickell.

Demand for the buildings is driven by high occupancy overall (97%) and “rents going through the roof,” Ms. Cervera said. “It takes two or three years for a building to deliver, so it’s good that we have all of these units coming on the market. Otherwise, it would have stifled the city.”

It’s also fortunate that the buildings are proceeding at different schedules, to accommodate those who want to move in right away, as well as those who can wait, she added.

“It’s good to have some that are close to finishing; Aria on the Bay will be finished in January. We sold it out, and people want to move in. Biscayne Beach is finished. Life changes quickly, and it’s hard to know where you’ll be in four years.”

A major change in this building boom is that more people will occupy their units, even if on a part-time basis, she said. “Someone has to call it home, even if it’s one week or one month a year, so it’s not idle. In Miami, that hasn’t been an issue. In fact, we have buildings being occupied very quickly.”

“It’s the definition of luxury,” said Chad Carroll of Douglas Elliman, describing the $39 million penthouse on which the company has an exclusive listing in the Regalia in Sunny Isles Beach. With nearly 17,000 square feet, it is the second most expensive condominium unit for sale in Miami-Dade County.

Designed by Arquitectonica’s Bernardo Fort-Brescia, the building itself offers only 39 units, he said, with unit prices starting from $8 million. They have 360-degree wrap-around terraces that offer unobstructed views of the Atlantic Ocean, Golden Beach, the Intracoastal Waterway and the skylines of Miami, Miami Beach and Fort Lauderdale.

Another listing in the Regalia is a six-bedroom, six-bath “beach house” comprising 10,515 square feet, with a private pool, sauna, steam room and spa. It is listed for $29 million, he said.

“We have had interest from hedge fund managers, European families, Brazilians. It’s a very diverse group,” Mr. Carroll said. “The ultra-wealthy just love the building because it makes them feel at home. We’ve been very active.”

One Response to Miami condo price reductions in sales just 1.1% from list