Advertisement
The Newspaper for the Future of Miami
Connect with us:
Front Page » Business & Finance » Miami-Dade wants to defer event bonuses to Miami Dolphins 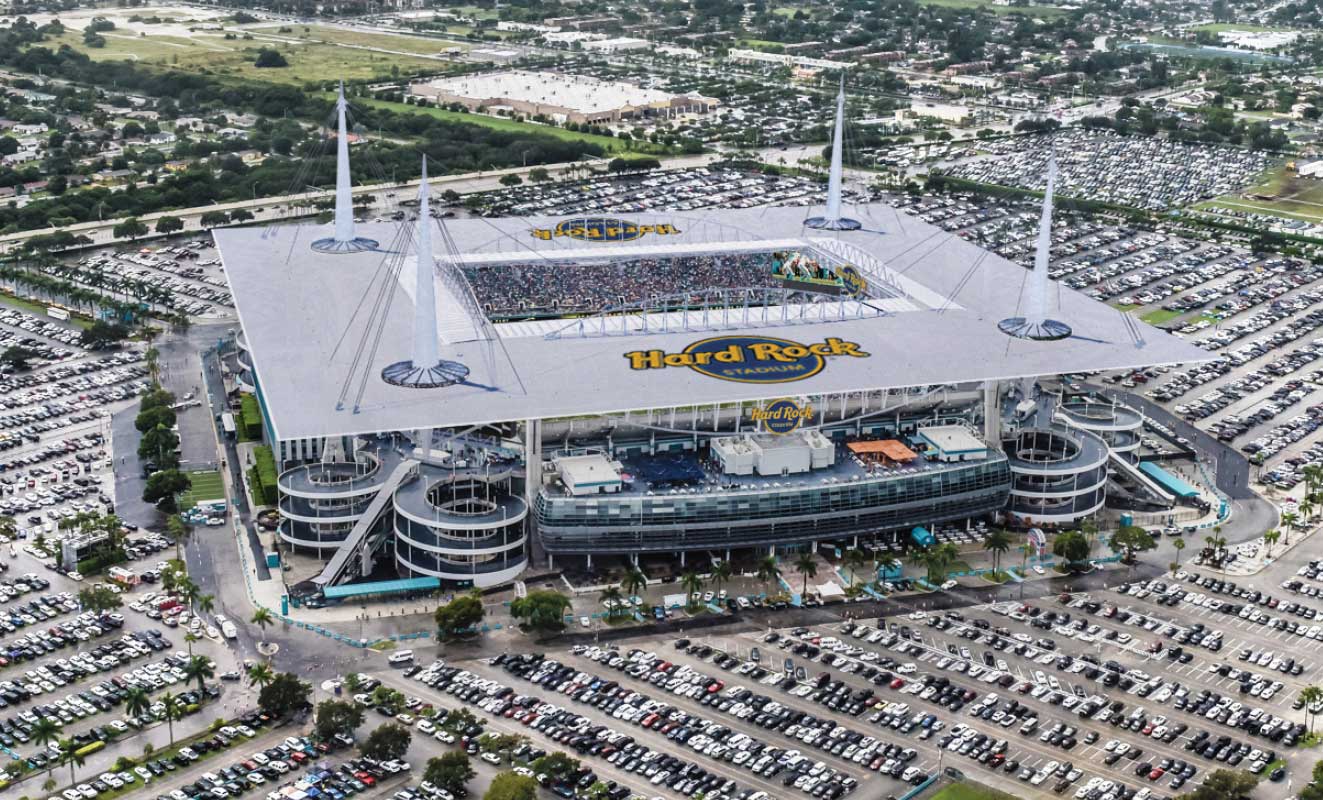 Miami-Dade County wants to defer bonus payments to the owners of the Miami Dolphins for holding major events at Hard Rock Stadium until the end of 2025 in order to have time to build up a shortfall reserve.

That means that the bonus award for the hosting of Super Bowl LIV (54) on Feb. 2, 2020, ending a string of rejections for the game because the stadium was not up to par for the National Football League, would be paid almost six years after the game was held.

The legislation now in county hall that would delay the payments to team and stadium owners says the one-time delay would permit the county to build up a Convention Development Tax shortfall reserve toward its $45 million target. The county would not have to pay interest on the delayed funds.

The delay is permitted in the agreement that got the stadium renovated at owners’, not taxpayers’, expense in return for the bonus plan.

The first event eligible for the bonus payments was the soccer match between Real Madrid and FC Barcelona at the stadium this past July 29 in a game known as “El Clásico,” which was attended by 67,000 fans.

The bonus payments are intended to incentivize the stadium owners to host major tourist-generating sporting events. The agreement aimed also to ensure that the Dolphins spend at least 30 years more in Miami.

Deferring its checks would not create a situation in which the county would have to make lump sum payments to the stadium, according to Deputy Mayor Edward Marquez. Payments, he said, would come in the order in which they were earned, capped at $5 million a year and $30 million for the entire deferral period.

The Super Bowl game at the renovated stadium in Miami Gardens, the first one here since 2010, will be a record 11th to be staged in South Florida, breaking a tie with New Orleans.

County commissioners in June 2014 approved Mayor Carlos Giménez’s plan for the bonus payments in exchange for Mr. Ross being financially responsible for the renovation of the stadium without county assistance.

Commissioner Barbara Jordan, who sponsored the resolution in 2014 that approved the agreement, is the sponsor of the legislation seeing to defer payments of the performance bonus until Dec. 31, 2025.

The new deal, under what was termed a performance-based marquee event grant agreement, lasts for 20 years. Its key points include:

Stadium owners were to finance and construct the stadium improvements.

Grant payments can only be made from the county’s portion of available Convention Development Tax funds. The county is not obligated to make such payments until Dec. 31, 2024, though it can pay early.

Each year of the grant agreement has an earning and payment cap of $5 million no matter how many marquee events have been hosted.

In the event Convention Development Tax funds aren’t available to fund the earned grants, the amount owed will be rolled over and be eligible for payment in future years under a payment cap of $5 million per year.

Prior to 2024, the stadium owners may not earn more than a total of $30 million in these grants.

The county may set aside additional operating funds from the Convention Development Tax for the Pérez Art Museum Miami, the Phillip and Patricia Frost Science Museum, and the cultural facilities the county operates prior to making the grant payments to stadium owners.