Advertisement
The Newspaper for the Future of Miami
Connect with us:
Front Page » Education » Hurricane-battered school could become farm life culinary center 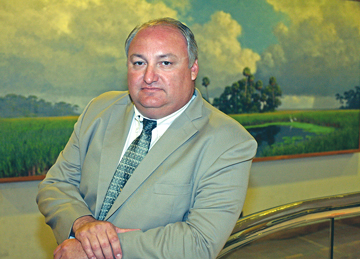 The Redland Farm Life School, built in 1916 and active until Hurricane Andrew devastated it in 1992, could become the site of a new farm life culinary center and be placed on a list of enterprises seeking a slice of the county’s $75 million list of game-changing projects.
The Redland Farm Life Culinary Center would be active in the former school building, now county owned. The county has already spent $10 million to restore the structure but it still needs significant infrastructure investment, including electrical and plumbing work and interior finishes, to be ready for use.
County Commissioner Daniella Levine Cava has brought the commission a resolution seeking to grant the culinary center $1.5 million from the $75 million that is part of a massive bond program that voters approved in 2004. The majority of those funds have never been spent, though at least 11 projects have been approved to receive all of them and other projects are on the waiting lists if those fail to come through.
Commissioner Levine Cava’s legislation would put the culinary program at the bottom of the waiting list, behind all those that have been approved and the approved substitutes.
All of the projects are supposed to “provide infrastructure improvements to spur economic development and attract new businesses to the community in order to create jobs,” according to the project description for the Economic Development Fund.
Because those projects were expected to be game-changers, the fund was built with the stipulation that the least that would be invested in any project from the bond fund would be $10 million. Ms. Levine Cava’s legislation seeks to waive that requirement.
County commissioners have long been awaiting the administration’s negotiations on the main list of approved projects.
“Cuándo?” Commissioner Xavier Suarez asked during a January 2016 Economic Prosperity Committee meeting. “The report was supposed to be presented to us last July and we’re now in January of the next year. When do we get final recommendations and when do we get to start looking at the alternatives?”
Nine active projects of the original 11 were then under review, according to Leland Salomon, a deputy director in the Department of Regulatory and Economic Resources. He said one, Aviation Corporate Hangar, decided not to proceed.
As of Jan. 14, 2016, when Mr. Salomon provided an update for the committee, four revised grant agreements were in the county attorney’s office under review and two were to be forwarded to the attorneys. Two additional projects were then under review, he said.
Representatives of each of the 11 projects discussed their proposals with the commission before each grant application was approved. During those discussions, the commission set three major criteria to make a grant payment:
The entire project, including infrastructure for which funds were allocated, must be completed.
All permanent jobs indicated in the application approved by the commission must be in place for a year.
Once a grant payment has been made, the recipient must post a letter of credit of that amount for five years to assure the county that all the jobs stay in place for at least that long.
The Redland Farm Life Culinary Center would be promising to create 19 new jobs. It would also assist in economic development, Ms. Levine Cava’s legislation says, by “vertical integration of value-added products for farm operations, and an educational and vocational pipeline for high school and college students from multiple fields of study.”
“The business plan,” her legislation says, “calls for the development of a commercial kitchen, food processing and packaging space, farm to table dining, culinary education, and a farmer’s market and event space for the rural community.”
The building is at 24701 SW 162nd Ave. in Homestead. The application for the project is signed by Charles LaPradd, the county’s agricultural manager.
When the school building was constructed in 1916 by the county’s school board, according to the legislation, it combined the one-room pioneer schools in Goulds, Eureka, Modello, Princeton, Murray Hill, Silver Palm and Redland “into this one modern educational facility.”
After Hurricane Andrew’s damage, the South Florida Pioneer Museum and the county transferred the historically-designated property to the county.Hurrivane