Advertisement
The Newspaper for the Future of Miami
Connect with us:
Front Page » Profile » Marcelo Giusto: Consul General leads Argentina’s promotion center too 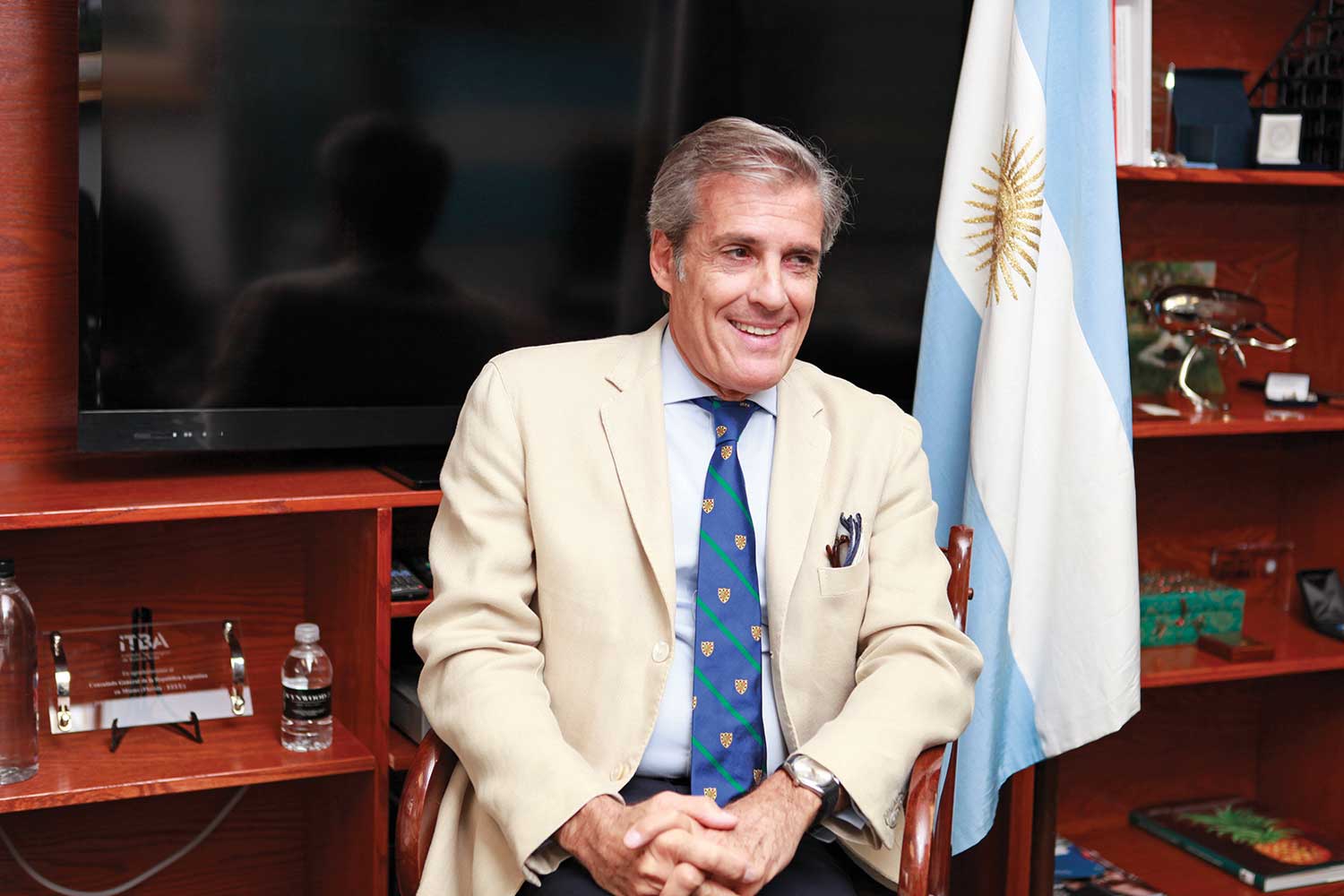 Diplomat Marcelo Martín Giusto took office in Miami as Consul General of the Consulate General of Argentina and director of the Center for the Promotion of Argentina just over two years ago. His interest in diplomacy, however, was sparked at a young age as a result of an Italian movie, of all things.

What he describes as a horrible drama about the son of a British consul general enveloped him in the magic of diplomacy – an opportunity to travel and learn about the world.

Leading up to his current position, Mr. Giusto served his country abroad as the head of the cultural section, then the political section, at the Embassy of Argentina in Chile. Following that he was head of the economic, political and consular sections at the Embassy of Argentina in Belgium. Immediately before being assigned to Miami, he was the Head of Cabinet of the Ministry of International Economic Relations in Buenos Aires

Though he’s now a resident of Miami for the foreseeable future, he had been a visitor four years before his 2015 appointment. In those four years between his trip and official arrival, he said, Miami was transformed into a melting pot of cultures, becoming a place of opportunity, and the public and private sectors had created partnerships to help Miami emerge as a powerhouse city.

As consul and director, his mission is to better connect Argentineans – both those already living here and those still in Argentina. Though there are multiple Argentinean communities throughout Miami-Dade and surroundings, he said, especially in Key Biscayne, Weston, North Miami and Sunny Isles, they are not well connected. He’s been working to better connect those communities, he said.

His job description includes being preoccupied with the Argentineans who live here, the Argentines who come here as tourists, and the promotion of cultural and commercial affairs, he said.

As a consulate, the office provides assistance to Argentines locally who have a problem, whether it be an accident or needing to replace their documents. “A very important part of our work is to provide them with support,” Mr. Giusto said.

The economic climate between South Florida and Argentina is currently in very good shape, Mr. Giusto said, adding that historically the two areas have always been good partners.

In 2016 alone, Florida goods and services trade with Argentina totaled an estimated $4.2 billion US dollars. Florida imported $889.5 million worth of goods and services from Argentina last year and exported $3.3 billion. Top imports included biodiesel fuel and aluminum, while top exports were civilian aircraft, engines and parts. Miami received 24.97% of US-Argentina trade, the highest percentage since 2000’s 27.47%.

Last year, Miami welcomed 492,671 overnight visitors from Argentina while approximately 12% of the 214,000 US travelers to Argentina were Florida residents.

Still, Mr. Giusto said, he believes that there’s room for improvement in regard to tourism. Even with the high number of US visitors to Argentina last year, he said, tourism could be improved.

Mr. Giusto recommends that local enterprises that would like to establish a presence in Argentina work on establishing partners there. It’s important to associate with people who understand Argentine law as well as the culture, he said, not much different from foreign businesspeople seeking to come to the US.

Miami is obviously important to Argentineans, as proven by Mr. Giusto’s office consistently ranking in the top four most active worldwide out of a whopping 550 representations of Argentina abroad. Not just aimed at connecting Argentineans locally and abroad and promoting commercial affairs, the office promotes Argentine culture and offers consular services.

Currently, Mr. Giusto said, there are more or less 70,000 Argentineans living in the consulate’s jurisdiction, which is Florida, Puerto Rico, the US Virgin Islands, Montserrat, the Cayman Islands, Anguilla and the Bahamas. A lot of the residents represent the middle-class, he said, but the community includes everyone from professors to CEOs to entrepreneurs.

He calls himself just “the face” of Argentina locally, but wonders what the possibilities could be if there were more consuls and ambassadors. For one, networking would be easier, he said, and he entertains the idea of a perfect world where Argentina was represented by 1,000 ambassadors.

At the end of the day, Argentina is a beautiful country physically as well, Mr. Giusto said. Not only is its population diverse, but it has different climates and different landscapes. “It’s very amazing,” he said.

When he’s not promoting Argentine business or encouraging Argentineans to network, Mr. Giusto is out traveling for leisure with his wife and four kids, who are still in Buenos Aires. A former avid swimmer, Mr. Giusto has recently traded the pool for a book and enjoys reading biographies.

Miami Today reporter Camila Cepero interviewed Mr. Giusto in his Brickell office at the Consulate General and Center for the Promotion of Argentina.