Advertisement
The Newspaper for the Future of Miami
Connect with us:
Front Page » Top Stories » Vizcaya Museum and Gardens Trust Inc. to run Grove landmark

Written by Miami Today on May 16, 2017
Advertisement 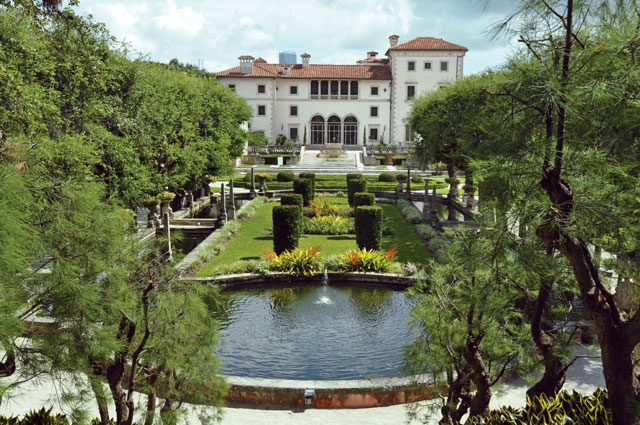 County commissioners on Tuesday approved without discussion on initial reading an agreement with the Vizcaya Museum and Gardens Trust Inc. to operate the museum and historic landmark in Coconut Grove.
The Vizcaya property is the former villa and estate of James Deering, a retired millionaire who in failing health began building the estate. Miami-Dade now owns the property.
The operating agreement – which would shift responsibility from one trust to another – stipulates Vizcaya Museum and Gardens Trust Inc. will operate the accredited museum and National Historic landmark in agreement with all laws and standards of the US Secretary of the Interior, the American Alliance of Museums, the American Public Gardens Association and the American Institute for Conservation of Historic and Artistic Works.
A public hearing about the legislation is scheduled June 14 at the commission’s Parks and Cultural Affairs Committee. A final commission vote would come later.
In October 2013, in anticipation of Vizcaya’s 2016-2017 Centennial, the Vizcaya Museum and Gardens Trust approved a five-year strategic plan with the goal of fully preserving the entire landmarked estate, including the Vizcaya farm village across Miami Avenue from the main villa at 3251 S Miami Ave., to boost Vizcaya’s role as a community resource, according to the legislation.
The trust concluded Vizcaya’s “enhancement can best be accomplished by the evolution of this public-private partnership,” with the county retaining sole ownership of the grounds, buildings and art collections but management and operations, including personnel, being overseen by a single, not-for-profit organization through an agreement with the county.
The county commission had directed the trust to develop plans and legislative amendments for the transition of the operation of Vizcaya to a public-private operating partnership similar to the structure of other successful cultural operations owned by Miami-Dade.
A cooperative public-private venture would be focused on increasing private financial support with “the ultimate goal of enriching Vizcaya’s capacity to serve as a cultural and educational hub,” the ordinance states.
The operating agreement includes terms for the Vizcaya Museum and Gardens Trust Inc.’s board of directors: maintain continuity with the trust; include a majority of appointees by the county; ensure the long-term financial success of the museum and historic landmark; conducte meetings under the Sunshine law and make records available; operate Vizcaya with a balanced annual budget using earned revenue and contributed income along with county and other government funds, and raise grants and donations to support operations, capital improvements and endowment to complement public support of Vizcaya.
The county has given Vizcaya $2.5 million in operating funds each year and an allocation of capital funds through the 2004 Building Better Communities general obligation bond program. The agreement requires the Vizcaya Museum and Gardens Trust Inc. to annually submit to the county an operating budget, recommended capital repair budget, reports and independent audits for review.
The agreement includes terms that all of Vizcaya’s county staff will be offered employment with the trust with salaries similar to those currently offered by Miami-Dade with competitive benefits. Employees who don’t want employment with the trust would be eligible for classified rights or placement assistance through the county’s Human Resources Department.
Additionally, the agreement stipulates the trust would comply with state law on competitive bidding and with county code governing small business, responsible wages and composition of the workforce.
Miami-Dade would continue to have free and reduced-fee access to Vizcaya for events of county-wide significance and the trust would maintain regular public access, establish non-discriminatory fees for the use of Vizcaya and continue offering discounted admission for children, students, seniors and social-service organizations serving low-income people.

One Response to Vizcaya Museum and Gardens Trust Inc. to run Grove landmark