Advertisement
The Newspaper for the Future of Miami
Connect with us:
Front Page » Government » Miami looks at ban of polystyrene foam products in parks, beaches 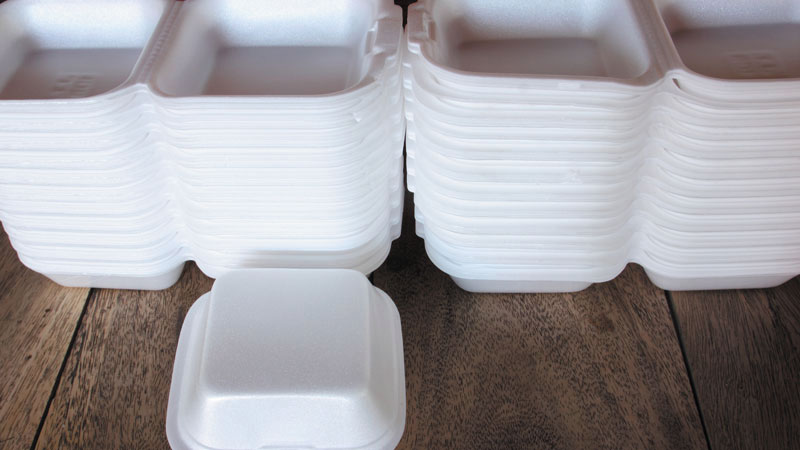 Miami commissioners are considering a ban of polystyrene foam products at city parks, beaches and recreational facilities.
On today’s (4/27) commission agenda is the first reading of an ordinance prohibiting expanded polystyrene products (commonly known as Styrofoam) in parks and recreation facilities, including beaches.
The legislation would provide a 12-month temporary grace period for current city contractors and establish an environmental education zone in historic Virginia Key Beach Park in connection with prohibitions on polystyrene.
Miami follows the lead of neighboring municipalities that have restricted or banned polystyrene products. The legislation is sponsored by Vice Chairman Ken Russell.
Polystyrene is a petroleum-based plastic, the ordinance says, and containers made of the material are detrimental to the environment because they don’t fully degrade, introduce unsafe chemicals into the environment, create hazards for land and marine animals due to ingestion, and create impediments to waste reduction and recycling goals, while adding unsightly litter.
The city strives “to preserve the positive environmental qualities of numerous parks and recreation facilities, including beaches,” the ordinance reads.
“The city desires to further preserve the positive environmental qualities of its parks and recreation facilities, including its beaches therein, by encouraging the use of reusable, recyclable, or compostable alternatives to polystyrene containers,” it continues.
The city’s Department of Parks and Recreation and the Parks and Recreation Advisory Board have recommended banning polystyrene in all city-owned parks and recreation facilities.
Other areas restricting or prohibiting polystyrene include Coral Gables, Key Biscayne and Miami Beach.
Miami-Dade County commissioners have banned polystyrene in certain circumstances in parks, recreational areas and marinas operated by the county. That county ban takes effect July 1.

One Response to Miami looks at ban of polystyrene foam products in parks, beaches