Advertisement
The Newspaper for the Future of Miami
Connect with us:
Front Page » Business & Finance » Beacon Council mission benefits in Madrid and Barcelona meetings 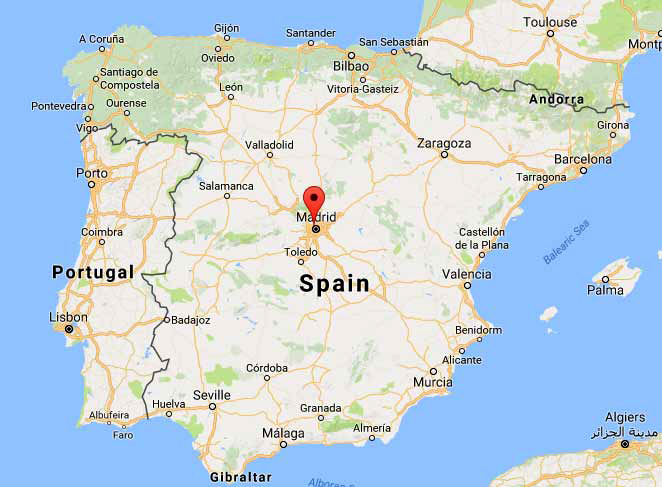 The Beacon Council is back in Miami after its first economic development mission of the year, which made stops in Madrid and Barcelona and saw 64 one-on-one meetings with multi-sector business contacts.
The mission was led by Jaret Davis, Beacon Council chairman and co-managing shareholder of Greenberg Traurig’s Miami office; Sheldon Anderson, Beacon Council interim president and CEO; Alfred Sanchez, Greater Miami Chamber of Commerce president and CEO; and Smith Joseph, mayor of the City of North Miami.
Mission delegates also included:
■Roberto Muñoz, South Florida market president for BBVA Compass bank, and chair-elect of the Beacon Council’s International Committee.
■Paolo Casabone, vice president of treasury management at BBVA Compass.
■Liane Ventura, senior vice president of international business at the Greater Miami Chamber of Commerce.
■Ilona Vega of the Miami Downtown Development Authority.
■Eugenio Hernandez, attorney at law firm ARHMF.
■Ana Gazarian, president and CEO of Employee Mobile Solutions.
■Javier Perez-Palencia, executive director of the Spain-US Chamber of Commerce.
■Patricia Joseph, attorney at Patricia Joseph, P.A.
For this mission in particular, the Beacon Council partnered with the Greater Miami Chamber of Commerce, the Trade Commission of Spain in Miami, the Spanish Consulate General, the Spain-US Chamber of Commerce, law firm ARHMF, Enterprise Florida, and the Miami Downtown Development Authority.
In Madrid, the delegation attended a business seminar organized in partnership with the Madrid Chamber of Commerce. All mission participants had the opportunity to speak at the seminar, which nearly 100 companies attended. Those companies were multi-sector and represented industries such as logistics and life sciences.
Also in Madrid, members met one-on-one with private ongoing projects.
The Beacon Council brought some members who had “special expertise” in their fields, said Mario Sacasa, its senior vice president of international economic development.
Greenberg Traurig shareholders Mark Lopez and Antonio Peña spoke to potential business partners about corporate and immigration matters.
Carlos Somoza and Ralph MacNamara, partner and director of client services, respectively, of accounting firm Kaufman Rossin were present to speak about tax issues.
“It was very important to the mission to combine the legal aspect and include speaking about immigration issues and tax issues,” Mr. Sacasa said.
Multinational Spanish banking group BBVA sponsored and hosted a reception in Madrid. Organized in part by Mr. Muñoz, the delegation lunched at the bank’s new headquarters and staple of the Madrid skyline, a building named La Vela. The bank’s shareholders and clients and had a seminar aspect similar to the first one.
“There was a lot of good interaction with a lot of positive actors within the business arena in Spain,” Mr. Sacasa said.
A day-and-a-half stop in Barcelona checked out the Mobile World Congress, a hybrid event that includes the world’s largest exhibition for the technological mobile industry along with a conference. Enterprise Florida, another partner of the Beacon Council’s mission to Spain, was at the congress.
There were also meetings with prospects and projects in Barcelona.
The trip then diverted back to Madrid for three more one-on-one meetings, including one with Madrid’s IE Business School’s incubator, Area 31.
All in all, the delegation met with 64 multi-sector contacts through one-on-one meetings.
Delegates were also able to work with nine new business prospects – the name for contacts that are showing only preliminary interest in expanding to Miami-Dade – that are working on their business plan to consider coming to the county within the next year or so.
Furthermore, the delegation met with six ongoing business projects – those contacts that are further along than the prospects and already have estimates for things like initial investments and job creation and have unequivocally said that they’re interested in Miami-Dade. Those projects are estimated to be completed within one year also.
“There is a lot of competition when it comes to economic development,” Mr. Sacasa said. “That’s why we need to do these seminars and stay in touch with foreign direct investment markets.”