Advertisement
The Newspaper for the Future of Miami
Connect with us:
Front Page » Real Estate » Brickell getting unique mixed-use development near I-95

Brickell getting unique mixed-use development near I-95 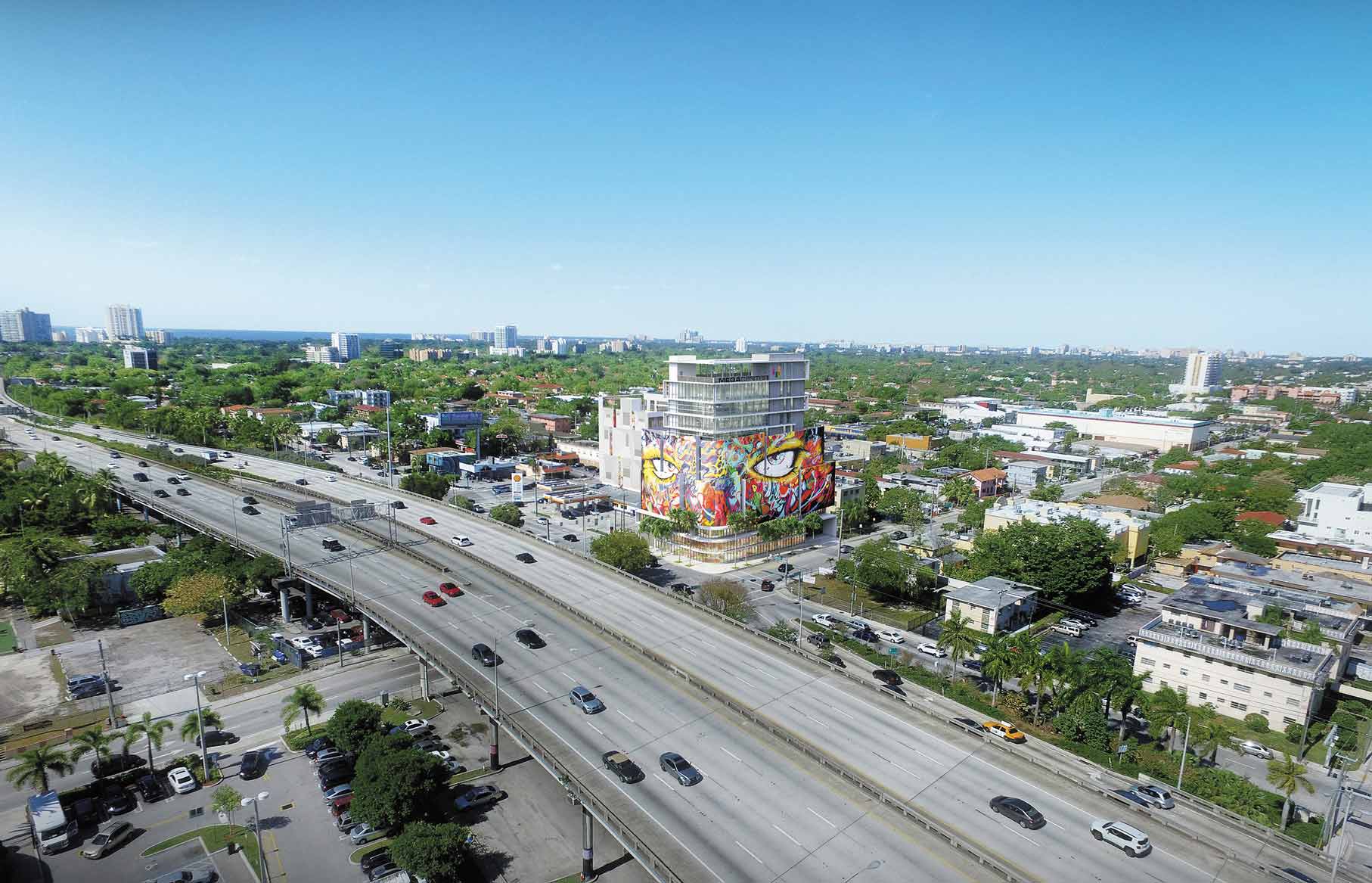 Work may begin soon on a unique mixed-use development in the shadow of I-95.
Called Megacenter Brickell, the project plans to combine multi-family apartments with office, retail, self-storage and parking on a high-profile site where the Brickell area meets East Little Havana.
The project is to include two buildings at 420 SW Seventh St. and 427 SW Eighth St., from Megacenter Brickell LLC, which is affiliated with Megacenter U.S.
Pablo Wichmann, president of real estate, said the company is lining up its final permits currently and hopes to break ground in six to eight weeks.
“We are very excited to start the project,” Mr. Wichmann told Miami Today on Tuesday.
Megacenter U.S. was founded in 2012 in partnership with Chilean-based Red Megacentro to develop its business model in the US, under the guidance of developers Patricio Ureta and Mr. Wichmann.
Last summer, the city’s Urban Development Review Board recommended approval of the Megacenter Brickell project.
Since then, the developer’s team has been working with a host of government offices to gain the needed permissions to build, according to Mr. Wichmann.
A planned 12-story structure would include nearly 75,000 square feet of mini-storage space wrapped in changeable art, four levels of offices (about 6,670 square feet), a rooftop terrace for tenants, street level retail uses and parking for about 111 vehicles.
The other building is eight stories with ninth floor rooftop amenities, about 57 residential units and ground-level retail.
All told, the project would be home to about 10,000 square feet of retail.
The residential units are described as multi-family, workforce rental units. The building faces Calle Ocho, or Eighth Street.
“Since the [review board], we’ve been at work getting all the local and state approvals,” said Mr. Wichmann.
“It’s an extremely complex project,” he said, noting that permits were needed from the City of Miami, Miami-Dade County and the state.
The site is bounded by three roadways under the control of the Florida Department of Transportation, which also had to approve the project, he said.
Mr. Wichmann said it is quite an endeavor to gain all the permitting needed for such a complex project, but “fortunately that’s coming to an end.”
The developer also requested nearly a dozen waivers to the city’s Miami 21 zoning code, including allowing up to a 30% reduction in required parking, a 10% reduction in setbacks above the eighth floor, increasing lot coverage from 80% to 84.2%, allowing vehicle entry off a primary frontage and more.
“We were granted several waivers including a parking reduction, and storage use was approved by warrant,” Mr. Wichmann said.
“We had a great team … very experienced,” he said, naming law firm Greenberg Traurig and the project’s architects, Borges + Associates Architects.
The attorneys and architects worked for months with city staff on details of the mixed-use proposal.
Mr. Wichmann said the company can’t wait to get started on construction.
The high visibility of the site is a plus, he said.
“We believe it’s an obvious top development, at a great location with lots of exposure. [The site] should be great for what we’re trying to do,” he said.
Plans call for constructing all components at one time, and the timetable estimates completion in about 18 months, said Mr. Wichmann.
The 12-story building is to have about 80 basement parking spaces, of the 111 planned, with the rest above the second level.
There are to be six levels of storage and four levels of boutique office space.
The developer believes the project will activate an underused one-acre site “uniquely positioned” at the convergence of three major streets: Southwest Seventh and Eighth streets and Southwest Fourth Avenue.
The retail, storage and office uses will face Seventh Street, while the residential building will front Eighth.
Adding color and dimension, large panels of artwork will cover the lower floor façade of the 12-story building.
While the artwork will be replaced periodically on the building’s main façades, it will celebrate the evolution of Miami’s art scene, according to architect Reinaldo Borges.
“Megacenter U.S. will be working closely with select artists to make this a very special and artful building that celebrates the art culture that Miami is nurturing,” Mr. Borges said.
Megacenter U.S. and Red Megacentro offer office, warehouse and self-storage space in Chile, Peru and Miami. Established Megacenter storage locations here include 8600 NW South River Drive and 8460 NW Seventh Ave.