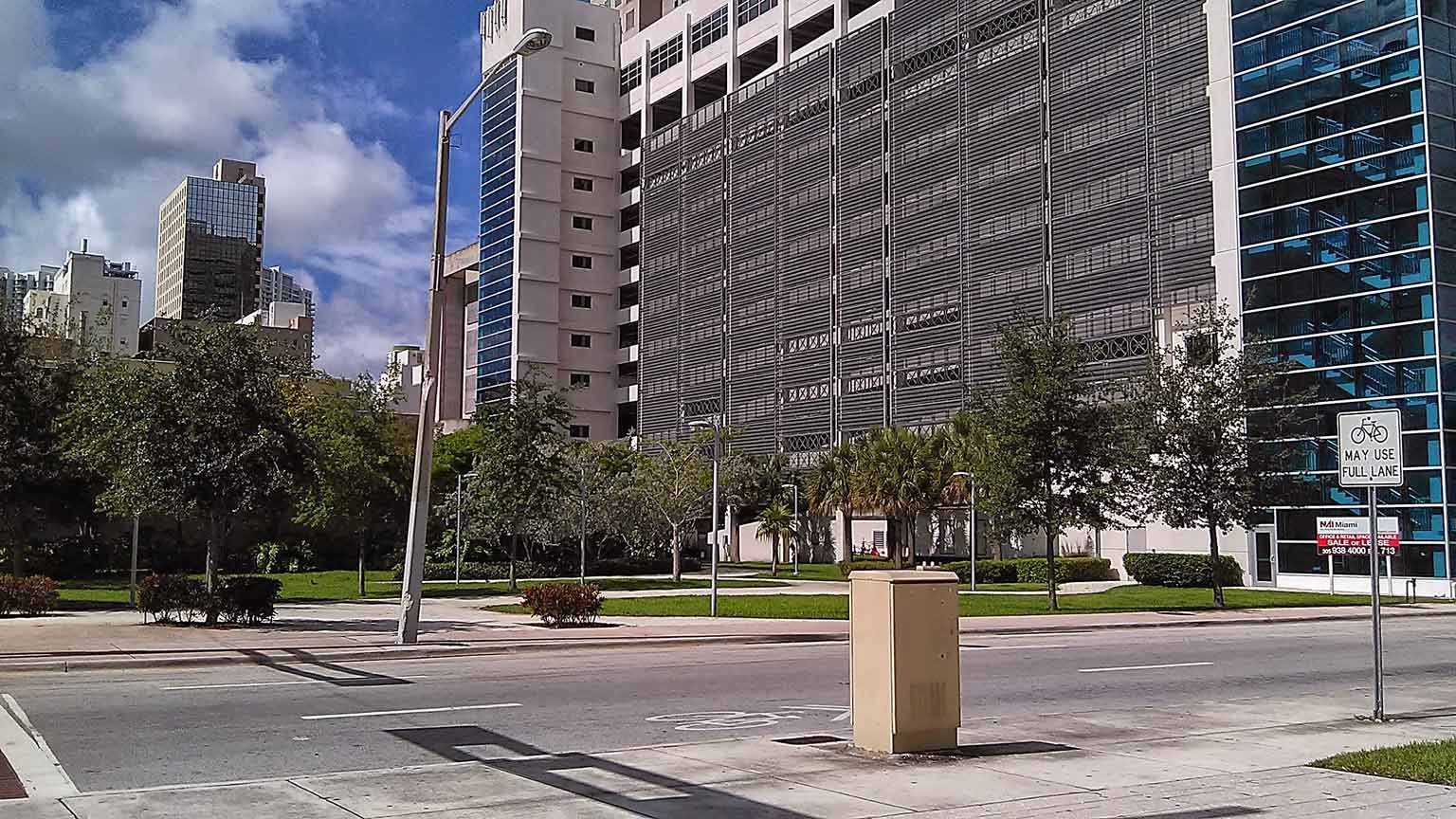 A three-way settlement reached by developer Moishe Mana, a second developer and the Miami Parking Authority could bring major high-rise residential construction to the heart of downtown one block from the new MiamiCentral transit hub.
A key to the accord is a sublease of air rights, or the space above a planned parking garage. The settlement requires court approval.
The three parties in this legal tangle are the parking authority – operated by the city’s Off-Street Parking Board – Grand Station Partners LLC and Mr. Mana’s North Miami Ave Realty LLC.
At its Feb. 1 meeting the board approved a sublease between the companies and an amendment to a ground lease the authority has with Grand Station, which includes consent to the sublease.
The sublease encourages the developers to work together to build out the east side of a city block, which is home to the parking authority’s headquarters, the Courthouse Center Garage at 40 NW Third St.
The authority owns an abutting undeveloped site at 240 N Miami Ave. filled with grass, sidewalks and small trees. Mr. Mana owns lots on the block’s southeast corner.
In early 2015 the parking board advertised for proposals to redevelop its adjacent lot and got two, from Grand Station Partners and North Miami Ave Realty and its affiliate Mana Miami.
On staff recommendation, the parking board in May 2015 authorized authority CEO Art Noriega to negotiate with Grand Station for redevelopment of the land.
On Nov. 4, 2015, the board approved a ground lease between the authority and Grand Station, over objections of Bruce Fischman, an attorney for North Miami Avenue Realty.
Mr. Fischman alleged noncompliance in the way the parking agency was handling the matter, including errors in publishing the request for proposals. He said any further action on the property would be “illegal” without a re-publication.
Shortly after the board’s November approval of the lease with Grand Station, North Miami Avenue Realty sued the parking authority.
Then last week, Mr. Noriega presented the board with the negotiated sublease and amended ground lease.
“We got there,” he said of settlement talks. “I could not be happier with the terms.”
He said once all sides approve, the paperwork would go to the judge as part of a settlement.
Grand Station had proposed a new eight-story parking facility for 350 vehicles, a 33-story multi-family tower with 258 apartments, and retail space.
The lease is for 99 years. Base rent is to begin at $240,000 a year but won’t kick in for six years. The deal calls for a $750,000 deposit.
The lease spells out the main gain for the authority: a six-level expansion of its existing garage, adding 355 parking spaces.
The sublease says Mr. Mana’s company intends to build a high-rise mixed-use tower on its neighboring site with ground floor retail, a 150-room hotel with ancillary support, offices and residential.
Part of the project will extend into the space above the Grand Station garage “by either using a cantilever method which would not change or impact Sublandlord’s original plan for this portion of the Parking Garage… or designing a building with structural elements which will rely upon certain components of the Parking Garage for support and foundation…,” the sublease says.