Advertisement
The Newspaper for the Future of Miami
Connect with us:
Front Page » Government » Speaker Richard Corcoran demands data from 38 economic, tourist groups 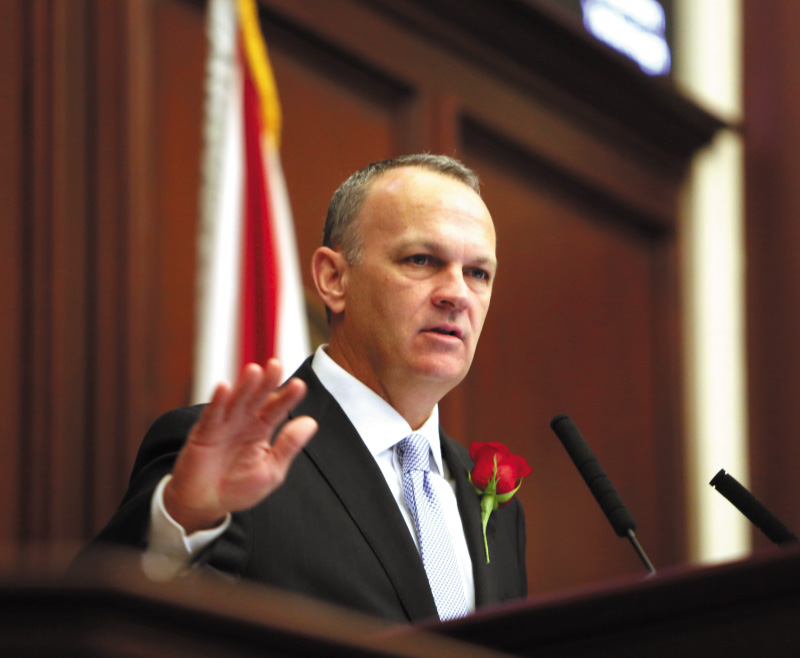 Under threat of subpoena, Richard Corcoran, speaker of the Florida House of Representatives, has demanded detailed revenue and expense records from 38 economic development and tourism organizations throughout the state, including the Miami-Dade Tourist Development Council and the Beacon Council.

“Recent spending abuses and unwarranted secrecy in the tourism and economic development arena in Florida raise legitimate concerns among both taxpayers and elected officials,” Mr. Corcoran said in a letter that the organizations received in mid-January, with a deadline of Feb. 1. “Recent news media reports have only heightened that concern and reinforced my belief that it is time we take a close look at where development money is being spent, how it is being spent, and whether these expenditures are returning value to the taxpayers.

“Consequently, the Florida House of Representatives is examining tax-supported economic development initiatives in Florida. We are requesting detailed information about the revenues and expenditures of your organization. You can help us better understand publicly funded economic development by providing the following information in an electronic format that allows for the sorting and filtering of the data.”

The letter demands records of the following revenues for fiscal year 2015-16, received through a tax collection or distribution:

It also requests details of expenditures for fiscal 2015-16, including money spent for:

“We appreciate your attention and cooperation with this request,” Mr. Corcoran’s letter concludes. “Your input is important.”