Advertisement
The Newspaper for the Future of Miami
Connect with us:
Front Page » Transportation » Homestead is rolling full-speed ahead to develop a transit center

Homestead is rolling full-speed ahead to develop a transit center 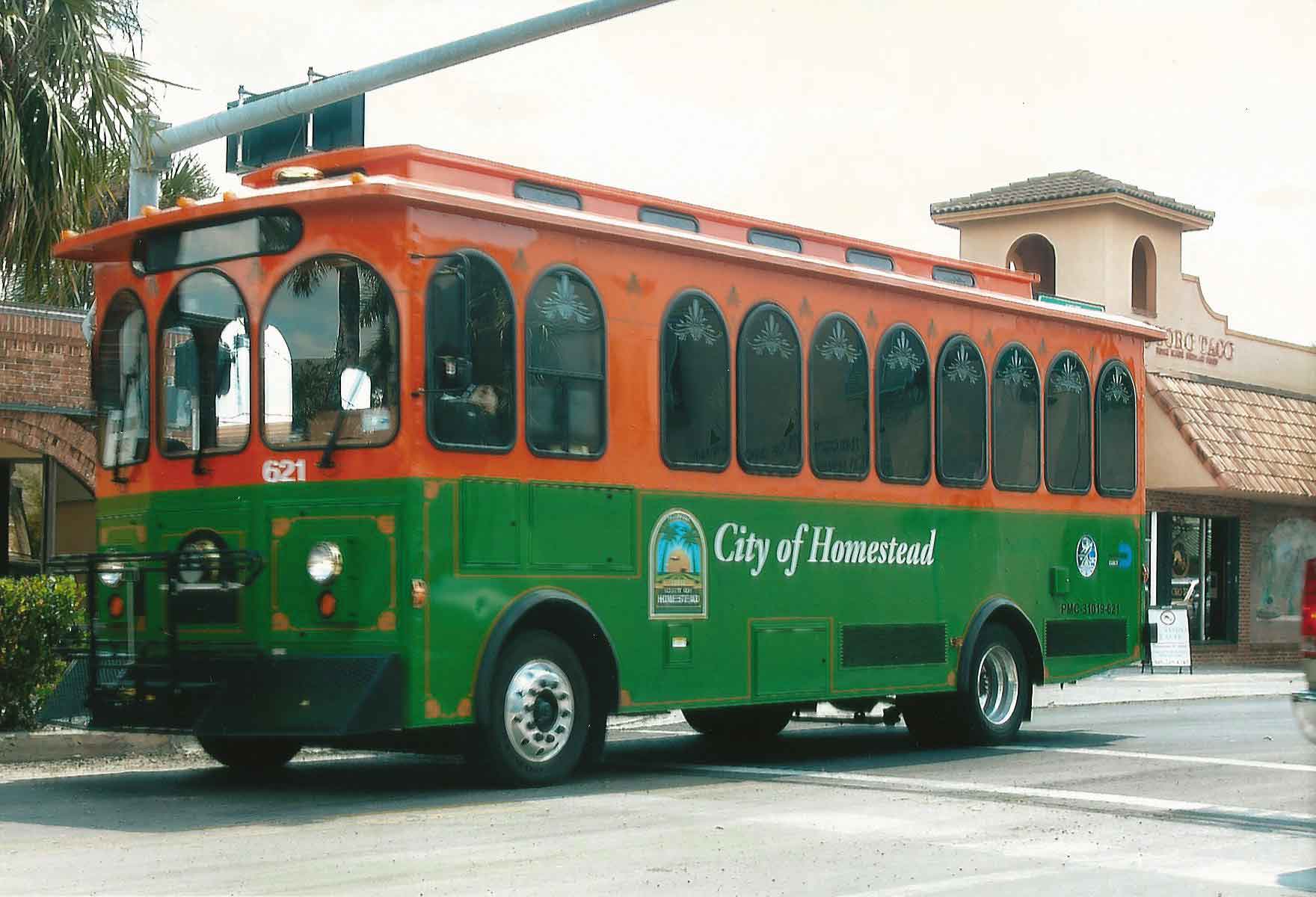 Homestead is rolling full-speed ahead to develop a transit center that is central to the city’s ongoing multi-million dollar grand scale revitalization of its downtown.
The transit center is to be funded via a public-private partnership. The city has received three proposals that a selection committee has already ranked.
Currently, the administration is negotiating with the top-ranked proposer. If negotiations don’t succeed the administration will then move on to negotiate with the second-ranked and third-ranked proposers.
“We’re starting to see the private sector step up to the plate and be willing to invest in the downtown of the city and put skin in the game,” said Homestead City Manager George Gretsas. “The project has really gotten the interest of the private sector.”
The city expects to negotiate a contract and award the project within a few months.
The 250,000-square-foot mixed-use development is to include over 40,000 square feet of retail and dining space, a 65,000-square-foot family entertainment center with 10 movie screens and 14 lanes of bowling, a 1,000-space parking garage, a transit station and the city’s new Homestead Trolley hub.
The retail liner is to be a mix of dining and retail that will include both national brands and local businesses.
The project site is along the South Miami-Dade Busway, thus tying the city in to the county transportation system. It will also serve as a hub for Homestead’s existing free trolley service that runs two routes.
“The whole facility is adjacent to the busway and the whole project would be incorporated into the rapid transit system,” Mr. Gretsas said.
Public transportation has become an increasingly important priority for Homestead.
Homestead Mayor Jeff Porter previously told Miami Today that city officials are fighting for bus rapid transit – a specialized system sometimes described as a “surface subway” wherein buses operate within a fully dedicated right-of-way to avoid traffic congestion.
“We put together a consortium [of five mayors of South Dade] to pressure the county to give us a mass transit system,” Mayor Porter said.
“The long-term goal is to have a light rail system and have the county give us a great transportation package like what they’ve given northern Dade.”
Although more expensive than a bus system, light rail transit uses rolling stock similar to a tramway but operates at a higher capacity with the use of coupled tramcars and on an exclusive right-of-way.
“We think that all of our residents will enjoy movies and bowling and retail opportunities,” Mr. Gretsas said.
“We also think that long-term… the transit center will open opportunities for mixed-use housing at market rate and workforce and affordable housing in Homestead’s downtown.”
The transit center is expected to spur economic development in the city by boosting resident and visitor spending, as well as provide full-time construction employment and full-time permanent positions.