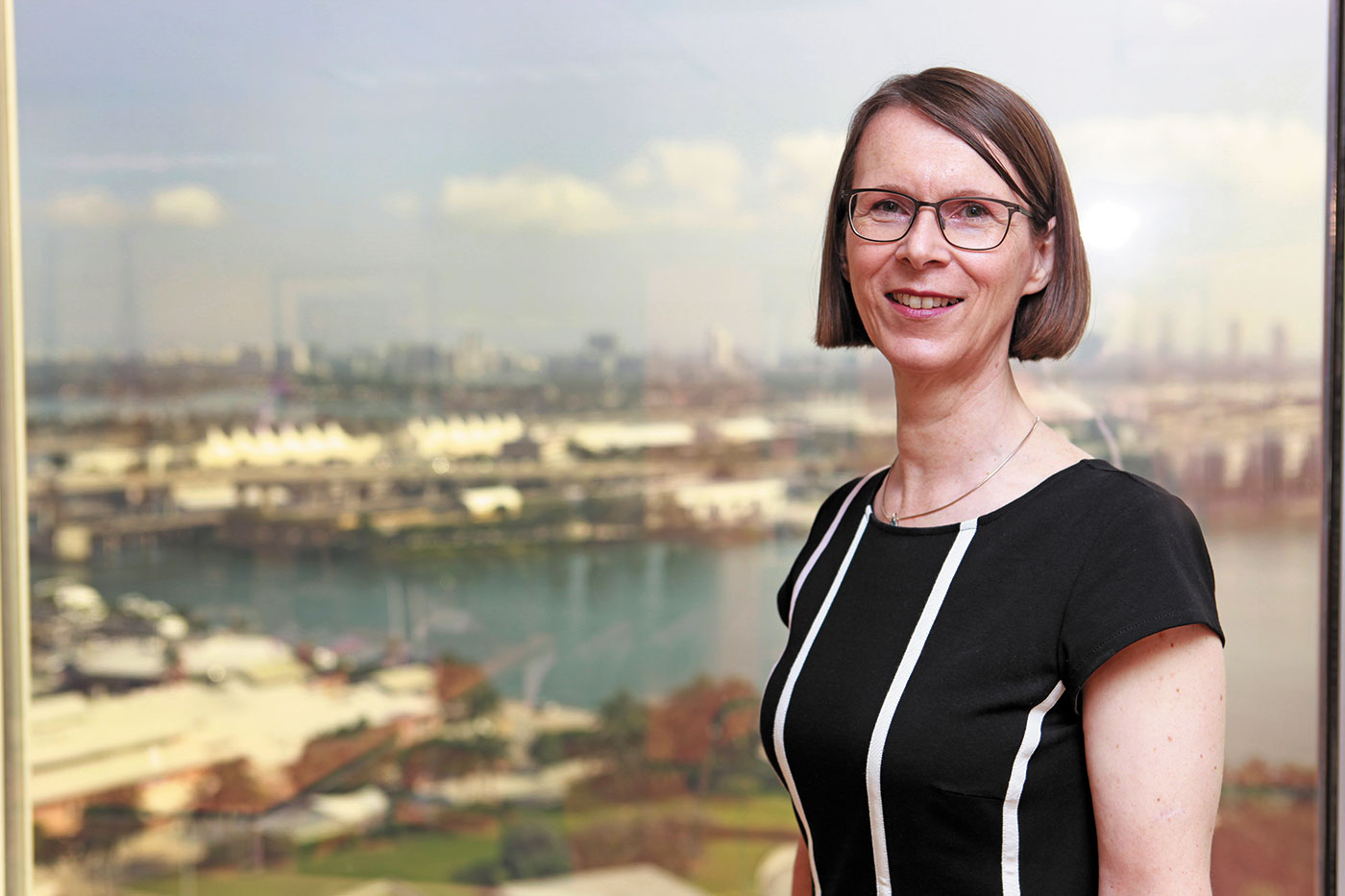 German Consul General Annette Klein hasn’t even hit the six-month mark in her position at the Consulate General of Germany in Miami, but she’s been enjoying all that Miami has to offer, including the weather and friendliness of strangers.

She describes the city as a welcoming community, a feeling she first began to foster at a meet-and-greet organized by her predecessor to welcome her upon her arrival. There, she said, she first witnessed the generosity of the people who live in Miami and who have been some of the consulate’s most trusted professional associates.

Not only does she have an idyllic commute to work – she lives within walking distance of the consulate’s office in downtown – she is pleased to be able to live in a city with notable cultural institutions, trendy neighborhoods and great food.

The consulate general’s area of jurisdiction covers the state of Florida, Puerto Rico and the US Virgin Islands, and functions as a kind of home base for Germans in their home away from home, Ms. Klein said. Most Germans who seek assistance from the consulate tend to need help with administrative matters, handled by the consulate’s consular section.

Ms. Klein would like to use her position to focus on fostering economic relations with Germany, which is the largest economy in Europe and one of Florida’s top ten trading partners. Aside from that, she said, she’s looking forward to taking advantage of opportunities to work with Florida’s universities, colleges, scientific institutions, economic institutions and cultural institutions. She hopes to pique the interest of students, whom she refers to as the future shapers of the world, and get people excited to learn about Germany.

One of her greatest passions is learning new languages, she said, because she believes it allows people to understand the way native speakers think, opening new avenues for finding common ground and resolving conflicts.

Too often, Ms. Klein thinks, people’s perceptions of Germany are influenced by what the media reports, and never has that been more true than in the past year, during which Germany has accepted large numbers of refugees from war-torn countries. However, numbers don’t lie, she said, and currently the statistics show that the crime rate in Germany remains low, proving that the country is absolutely a safe travel destination.

Ms. Klein’s German pride shines through when she talks about why American businesses should consider establishing a presence. She boasts about Germany’s central location in Europe, its small size and its “economic prowess.”

When she’s not in the office working toward further strengthening German business ties, Ms. Klein can be found boarding a plane to travel for pleasure, learning a new language, or thinking about planning a ski trip.