Advertisement
The Newspaper for the Future of Miami
Connect with us:
Front Page » Communities » Coconut Grove parking garage bids too high, starting over 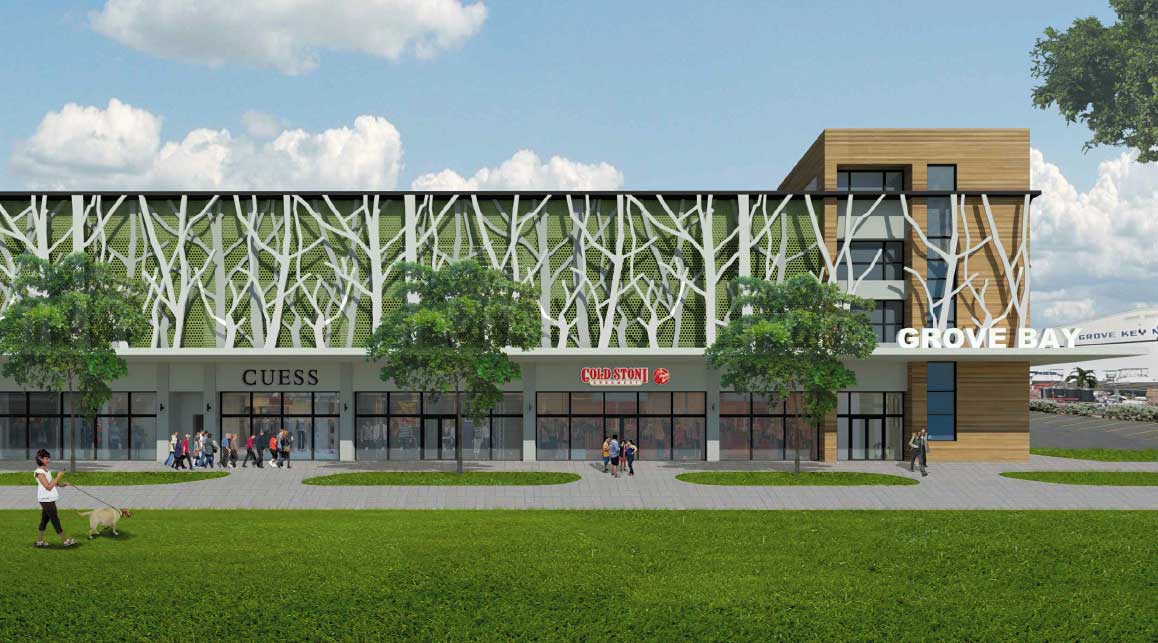 Miami’s Off-Street Parking Board has rejected all bids for construction of a public parking garage in Coconut Grove after they came in more than double the estimated cost.

The Miami Parking Authority, run by the parking board, plans to build and manage a new garage off Pan American Drive on the Grove waterfront.

The garage is planned at three stories for 333 vehicles and ground floor retail uses, and is a key component of a public-private partnership between the parking authority, the City of Miami and Grove Bay Investment Group LLC.

The developer has leased about 7 waterfront acres from the city as part of agreement to redevelop the waterfront north of City Hall.

The plan calls for Grove Bay Investment Group to make about $17.9 million of privately-funded improvements to redevelop a marina, construct restaurants, improve the public baywalk, make other improvements and fund part of the garage.

In November 2015, the three parties signed agreements advancing the project, to be called The Harbour.

As part of a revised agreement, the developer agreed to contribute $4 million toward the cost of building the new garage, or about half of the $8 million construction budget, according to authority officials.

Authority officials were shocked when the bids came in way over budget.

“All of the responses exceeded by a large margin our budget for the project,” Authority CEO Art Noriega told the parking board Dec. 7.

The four contractors’ bids ranged from a low of about $17.7 million to a high of nearly $18.8 million.

Mr. Noriega said some circumstances leading to the high costs arose during the permitting process and design issues.

He said staff was advising the parking board to reject all bids. “We felt that would be the cleanest way to do it,” he told the board.

Mr. Noriega said if the bids were closer to the project’s budget it might be worth picking a contractor and negotiating to a resolution, but the gap is far too wide.

“The difference in numbers is just too significant,” he said.

Mr. Noriega then introduced Erick Valderrama, director of project development for MCM, who he said “sees it a different way.”

Mr. Valderrama said his company was the low bidder. He said his firm has been evaluating the project for about 2½ months and his team has “a very good understanding of what the costs are for that project.”

Mr. Valderrama said it is “an expensive garage – by garage standards.” He asked the board to award the contract to MCM and grant his team the opportunity to then focus on cost-cutting.

Mr. Noriega argued against that, saying it would be “way too heavy a lift for us, in terms of cost.”

He added, “It’s really, really important that we do this the right way, and look at it from a design perspective first.”

Mr. Noriega also noted that there was a dispute as to ranking the contractors and that MCM was the second lowest bidder.

A report prepared by the architects listed the base bids in this order:

In the parking industry, the cost of building a garage is often calculated per space. One industry report, as of March 2015, said statistical data indicated that the median construction cost for a parking structure was $18,599 per space.

When the parking board first discussed hiring the architectural firm that would design the Grove Bay Garage, board member Stephen Nostrand had asked what the estimated per-space cost was for the planned facility.

An authority official said $25,000 per space was the budget they were looking at. That was two years ago.

Mr. Nostrand scoffed and questioned the role of the architects.

In 2014 the parking board hired Wolfberg Alvarez & Partners for design and architectural work on the Grove Bay facility on a $375,000 contract.

Litigation delayed start of The Harbour project and was not settled until 2015. In the meantime, the parties decided the “scope was too small” and chose to have the garage redesigned, adding a third level and increasing spaces from about 228 to 333.

To cover the additional work from Wolfberg Alvarez, which included more engineering and mechanical work, Mr. Noriega had asked the board to add $93,000 to the contract at its October 2015 meeting.

The motion the board approved allowed for the expanded services as well as raised the contract from the original $375,000 to $468,000.

Mr. Nostrand wanted to know why the bid proposals came in so much higher than what was anticipated.

“I think they undervalued their cost estimates,” Mr. Noriega responded.

Wasn’t the architectural firm responsible for costing out the project before the invitation for bids was issued, asked Mr. Nostrand.

Yes, was immediate answer from Mr. Noriega, who went on to say “what really hurt us” was the permitting process and unexpected costs. He said requirements dictated by the Federal Emergency Management Agency caused a $1.5 million “hit” to the project.

High costs associated with the planned exterior façade or skin of the building is another factor in the big numbers, according to Mr. Noriega.

With all bids rejected, now the authority’s staff will work with design architects on a less expensive structure and a new invitation to bid will be issued.

Mr. Noriega said authority staff will sit down with the architects, attorneys and other players to review critical aspects of the design, the garage footprint, the ramping and landscaping, and the design of ground floor retail spaces.

Mr. Nostrand asked, “Shouldn’t have those conversations been had before the project was bid out?” He asked if it was a case of the architect over-designing.

Mr. Noriega said “you could call it that” but another factor in the design was public input and pressures from Grove leaders and residents for an acceptable new waterfront structure. At previous meetings, Mr. Noriega described the design as “very Grove-centric.”

Mr. Noriega reminded the board that he had to take the garage plan for review and approval before the city’s Planning, Zoning and Appeals Board and the Historic and Environmental Preservation Board.

Mr. Nostrand said, “It just sounds like there should be some liability on the part of the architect.”

Mr. Noriega said he expects to discuss that when a request is made from the architectural firm for additional fees to cover a redesign.

Mr. Noriega said no, calling the size of the Grove Bay garage small.

He said the real cost of building a garage is currently about $32,000 per space.

The garage is to rise off Pan American Drive and South Bayshore Drive.

Work on the site has begun. The parking board, on a separate contract, hired KVC Constructors Inc. for site clearing, demolition, cutting, and excavation, as well as protecting all trees on the site.

Last month the parking board approved an emergency procurement and change order agreeing to pay the company an extra $94,097 to relocate a water main on the site.