Advertisement
The Newspaper for the Future of Miami
Connect with us:
Front Page » Business & Finance » Florida runs trade missions to South Africa and Argentina 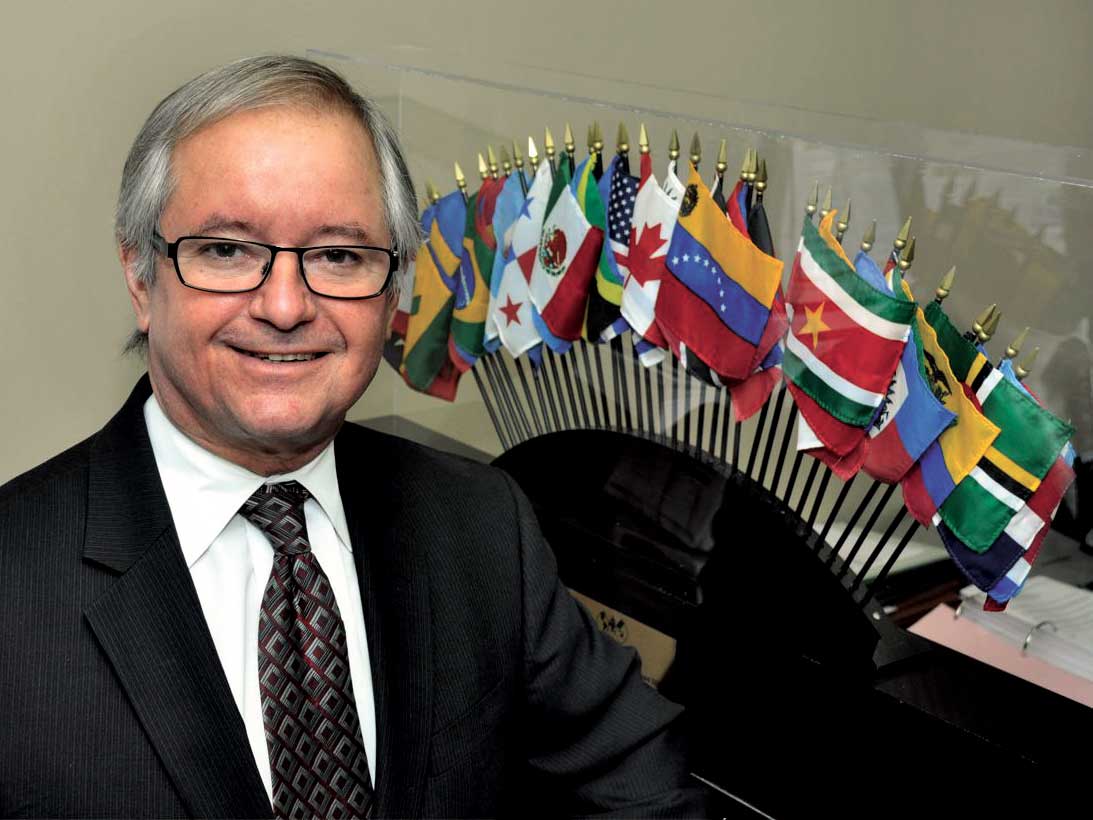 The first of the missions is heading to South Africa from Feb. 24-March 4.

“Africa is a relatively small market for Florida still, but it’s a market that I think has enormous potential for Florida in the years to come,” said Manny Mencia, Coral Gables-based senior vice president of international trade and development for Enterprise Florida.

“Africa sits on the largest concentration of unexploited mineral wealth left in the world, and it’s beginning to realize some of its potential, as the African economy grows faster than the world economy,” Mr. Mencia said. “South Africa is the largest African trading partner of our state… and it’s considered to be one of the big emerging markets of the world.”

South Africa’s population is about 54 million – a small chunk of the billion people living in the continent – and geographically, Florida is the closest US state to South Africa.

“We have great geographic positions and we have a business community [and] we have a trading community that has acquired great expertise in the developing world, in parts of Central America and the Caribbean, and while Africa is very different, some of the lessons you learn in developing economies can be applied very well in Africa,” Mr. Mencia said.

“Africa also has tremendous infrastructure – ports and airports – so we feel that there is a great opportunity to help position South Africa as a growing market to Florida,” he said. “We have been working in Africa for many years… so we see long-term potential. We feel we’re ripe for growing ties with Africa.”

The agency also sees South Africa’s economy as having a low-entry threshold due to location options, logistics infrastructure, the English language and benign legal processes.

Additionally, South Africa is a business incubator for new-to-market ideas, according to the agency. As the middle class in Africa grows, the agency says, business models launched in and from South Africa will find easier acceptance in other sub-Saharan African markets.

Enterprise Florida along with the US Department of Commerce is preparing a full trade mission agenda that includes qualified business appointments, in-depth briefings and a wide range of networking events, the event brochure states.

Participants will be able to interact with high-level government officials and business decision-makers in a variety of industry sectors.

The trade mission is in line with Florida’s African Trade Expansion Program, which fosters and promotes bilateral trade opportunities in the African market for Florida businesses.

Less than two months after the South Africa trade mission, the agency will head to Buenos Aires for an export trade mission from April 23-27.

“In the case of Argentina, it is one of the largest economies in the Americas, but it has been somewhat of a restricted market for many years,” Mr. Mencia said. “The Argentine economy has been in very bad states for a period of time, and frankly, the previous Argentine government was very adversarial to us.”

“And of course, Argentine companies and businesses prefer to do business with Florida more than with any other state because of the proximity and because they know Florida has multicultural and multi-language capabilities.”

Argentina has a population of 41.5 million and a GDP of about $609 billion, Enterprise Florida notes.

The US is Argentina’s third-largest trading partner. US goods and services trade with Argentina totaled $22.4 billion in 2015, making Argentina the country’s 28th largest goods export market that year. Argentina is also Florida’s fourth-largest export destination with $3.3 billion in exports in 2015.

Like the participants of the South Africa mission, participants of the Argentina mission will enjoy business appointments, briefing sessions, networking events, and be able to interact with government officials and business decision-makers in a variety of industry sectors.

Registration deadline for the most inclusive packages are Dec. 5 for South Africa and Dec. 16 for Argentina; other packages have later deadlines.

Enterprise Florida will offer a limited number of Gold Key Matchmaking one-on-one appointments through the US Commercial Service for participating Florida companies.

For the South Africa mission, the price of this service is $1,000 and for the Argentina mission $1,760. However, small and midsized Florida manufacturers, distributors and professional service providers may qualify for a Gold Key Grant, which will offset the full matchmaking registration fee for the first company representative.

The grants available for the South Africa mission are less limited than for the Argentina mission, Mr. Mencia said.

“Grant appointment is based on whether the company or business is new to the particular market,” he said. “If you’re new to the market and you have not done business there or you have done limited business, the grant enables you to offset the cost of matchmaking.”

The agency expects to take a “sizeable delegation” on each mission, he said, roughly 10 to 20 companies on each.