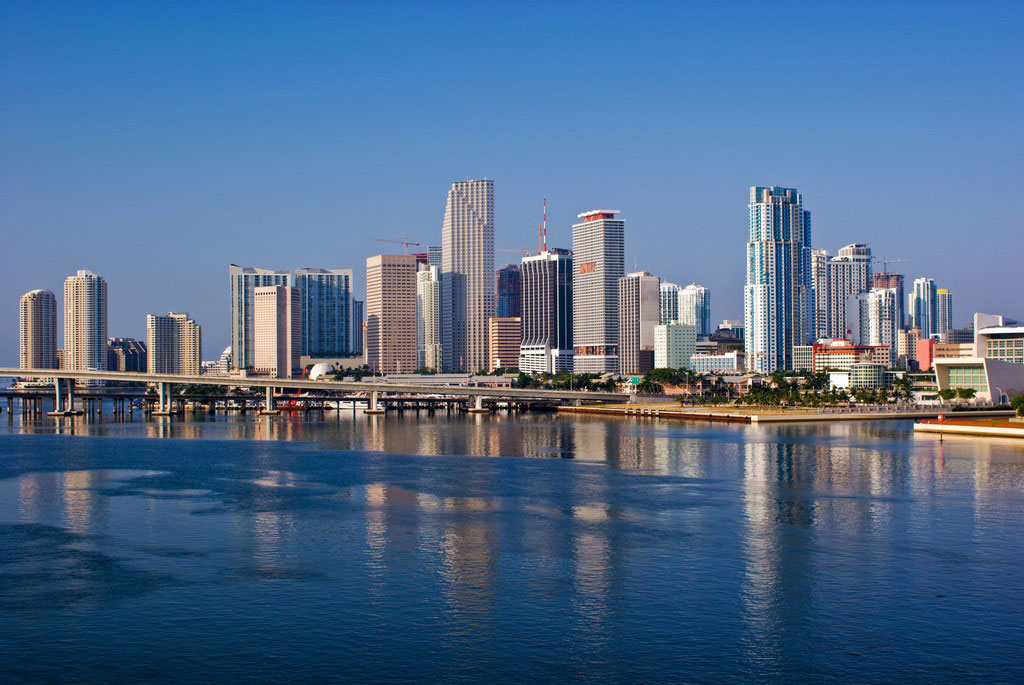 As cities across the US continue to see population growth slow as residents uproot for the suburbs or other cities altogether, Miami continues to see growth in its urban core, countering the national trend.

According to the US Census Bureau, the top 50 US cities accounted for 20% of national population growth for the 12 months end July 1, 2015, as reported by the Wall Street Journal.

According to the Census Bureau, Miami was No. 12 among cities for population growth in 2015 with a 2.23% rise from the prior year.

But the future of Miami’s urban growth is unpredictable, said Peter O. Muller, urban geographer and senior professor at the University of Miami’s Department of Geography and Regional Studies.

“There are very special urban parameters – the ocean on the east, conservation areas on the west.” Dr. Muller said. “It’s very different from Houston and other metros. Houston can just keep sprawling in every direction.”

In September, Miami Today reported that greater downtown Miami’s population is increasing faster than either the city as a whole or Miami-Dade County, according to a report by the Downtown Development Authority.

At least some of the slowdown in population growth in major cities can be attributed to an increase in migration to warmer locales like San Antonio, Charlotte, North Carolina and Denver, the Wall Street Journal reported.

“Miami will last no matter what happens. As soon as winter gets cold, everything is forgiven and everyone is right down here again,” Dr. Muller said.

“If the sign didn’t tell you on I-95 that you were going into Broward, you wouldn’t know,” Dr. Muller said. “Life is not much different on either side, but that’s all forgotten.”

Since 2010, Miami’s downtown population has risen 6.5% a year while the city as a whole grew 1.8% and Miami-Dade 1.4%. Additionally, 63% of new residents within the city in 2016 can be attributed to growth in greater downtown, the Downtown Development Authority report said.

“The decade of the city may in fact be coming to an end,” Dr. Muller said, “but you wouldn’t know about it in Miami.”

The 20% population growth among the top 50 US cities in 2015 is down from 21% the prior year, partly because millennials are reaching home-buying age and high urban real estate costs are making suburbs more attractive for young workers and retirees, the Wall Street Journal reported.

The most notable slowdown occurred in the Great Lakes region. Chicago’s population fell 0.1%, its first dip since 2009.

In 2005, the top 50 cities accounted for 3% of US population growth, meaning that today, the nation’s big cities are still growing faster than they were a decade ago.

Nonetheless, population growth in major cities on the whole has slipped each year since 2011, when cities accounted for 26.7% of US population gain.