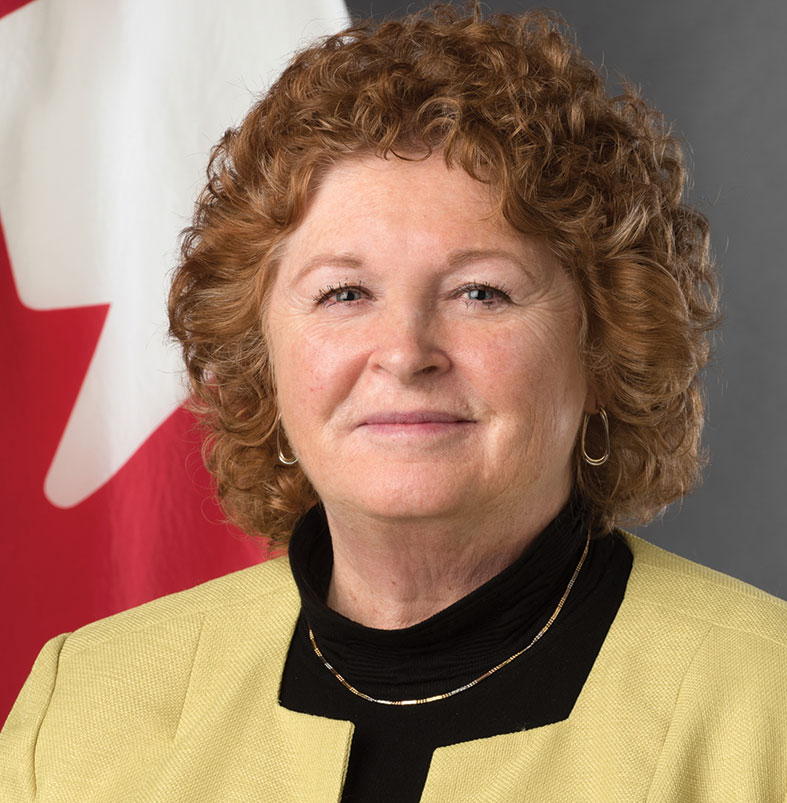 Though she’s only been the Canadian consul general in Miami for just over three months, Susan Harper is adjusting quickly to her new position by identifying her priorities, traveling throughout the state and cooking up ways to help Floridian and Canadian businesses establish links to last a lifetime.

There are currently over 315 Canadian-owned companies operating in Florida, according to the Consulate General of Canada in Miami.

The Florida-Canada trade relationship is worth over $8 billion, and 620,200 jobs in Florida depend on trade and investment with Canada.

As consul general since July, Ms. Harper hopes to strengthen the trade, investment and business connections across borders.

“As a Canadian, I knew that there were a lot of Canadians who came here to visit, snowbirds, and permanent residents,” Ms. Harper said.

What she didn’t realize, however, was that Canadians are Florida’s No. 1 international tourism market, with more than 4.2 million annual visits to Florida and $5.1 billion in spending.

“Both of our economies are very linked to continuing to do international business,” Ms. Harper said.

Though she said she’s still “too new to see where the gaps are” in the Canada-Florida trade and investment connections, the consulate has identified three unique industry sectors that are being prioritized.

“Clean tech is important to [Canada] as a country because of the focus on climate change and environmental issues,” Ms. Harper said.

Canada is now the seventh largest renewable energy producer in the world, and its clean tech sector is growing at 9% annually.

The second of the sectorial priorities is health sciences. This industry consists of a large group of disciplines related to the delivery of health care through the application of science, engineering, mathematics and technology.

“This seems to be an important priority from the [Florida] governor on down and we certainly have things to offer in the health sciences area,” Ms. Harper said.

The last of the three sectorial priorities is the high tech industry. Though it’s difficult to define exactly what goods and services fall within the industry’s borders, it typically includes products using the most advanced technology available and often incorporating advanced computer electronics.

“I’ve heard a lot about the I-4 corridor,” Ms. Harper said. “I’ve been to Tampa and to Cape Canaveral for a rocket launch with some of our scientists and Canadian companies, so I know that on the Cape Canaveral side we have some kind of aerospace link.”

The I-4 – or Interstate 4 – corridor is typically defined as Florida’s beltline, encompassing the area from Tampa to Orlando to Melbourne, and has more recently been a hotbed for the state’s high tech development.

“Certainly for me, the fact that those are the sectors of interest, those are what I needed to understand in the trade and investment area,” Ms. Harper said.”As you can see, our sectors are aligned with new drivers.”

“That doesn’t mean we’re not highly involved in the traditional pillars.”

In 2015, Canada purchased $232 million (77%) of Florida’s fresh vegetable and $243 million (61%) of its fresh fruit exports, and remains the leading destination for Florida orange juice.

Canada and the US trade an average of $1.3 million in bilateral goods and services every minute of every day.

“That’s not even counting the banking sector,” Ms. Harper said.

“If you add tourism, exports, foreigners buying local services, if you add that to trade and investment, in both directions, we’re currently the most important economic partner Florida has,” Ms. Harper said.”It’s good to know that we matter a lot in Florida. Both sides care a lot about relationships, that’s what I hear. We know you’re important.”

In a recent trip to Tallahassee, state officials reconfirmed interest in using public-private partnerships. Typically called P3s, they are business ventures that are funded and operated through a partnership between government and one or more private sector companies.

“P3s [are] an approach to doing business,” Ms. Harper said.”It’s an emphasis on how we like to do business… That’s without in any way forgetting about other parts of the economy. It’s a balance… It’s growing [and] like a lot of people here, we’re looking to keep building on stability.”

“From our point of view, we have a certain amount of expertise, but it’s more of an approach. Everybody has infrastructure needs.”

Ms. Harper commended the outcome of a P3 partnership at PortMiami that resulted in the dredging of the main shipping channel and its ability to handle fully laden post-Panamax class vessels.

“Frankly, P3s [are] an approach that [has] worked very well for us,” she said. “The government doesn’t have limitless funds. This is a new way to have the private sector participate.”

“We’ve learned from Australians, Brits. The US is sort of entering this community now… We think we have some interesting experiences to offer and can also offer contacts.”

However, Ms. Harper said, she’s fully aware that the Canada-Florida relationship isn’t only beneficial to one side.

“I want to be clear that we’re dealing with sophisticated partners in Florida,” she said. “We know that [Canada] gets a lot out of this too.”

“The fact is that right at this moment I think we are the biggest economic partner for Florida and I’m sure that we’re always going to be one of the top partners. We are so invested in our people, in these relationships. We’re a long-term, serious partner.”