Advertisement
The Newspaper for the Future of Miami
Connect with us:
Front Page » Transportation » Coral Gables Trolley and Miami Trolley connecting 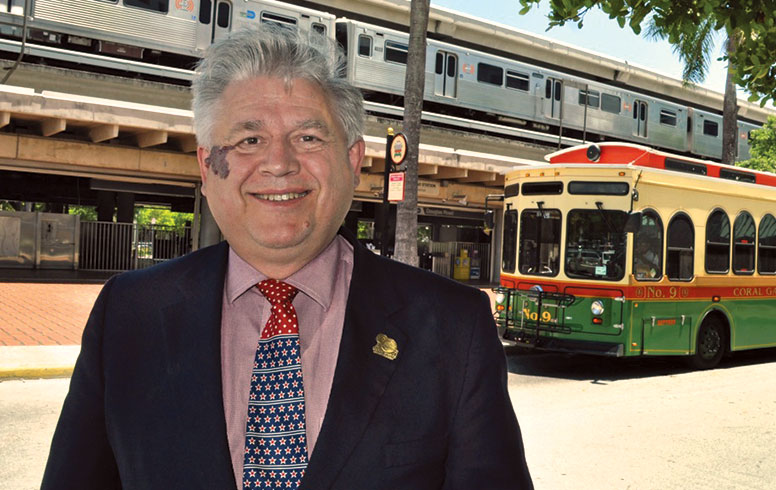 The joint effort between the Coral Gables Trolley and Miami Trolley has been months in the making and was most recently awaiting approval from the Miami-Dade Department of Transportation and Public Works.

The Coral Gables Trolley’s 1.7-mile Grand Avenue Loop, which launched in July 2015 to better serve the residents of the MacFarlane Homestead Historic District, begins at the Douglas Metrorail Station.

The only missing piece, he said, was a Miami Trolley stop at Douglas Station, which could be easily established as their Coconut Grove route trolley stop was just across US 1.

“Like with all of our routes, we needed approval from the Miami-Dade Department of Transportation,” said City of Miami Chief Transportation Manager Sandra Harris.

In the days leading up to Monday’s launch, all that’s left is some driver training, she said.

In the past, trolley riders would have to cross the catwalk over US 1 to get to and from the Coral Gables and Coconut Grove trolley stops on opposite sides of the busy street.

“The connectivity was there, it was just not seamless,” Ms. Harris said. “Now, we’ll all be in the station together along with the Metrorail and the transit buses.”