Advertisement
The Newspaper for the Future of Miami
Connect with us:
Front Page » Top Stories » Online and mobile banking keep picking up speed 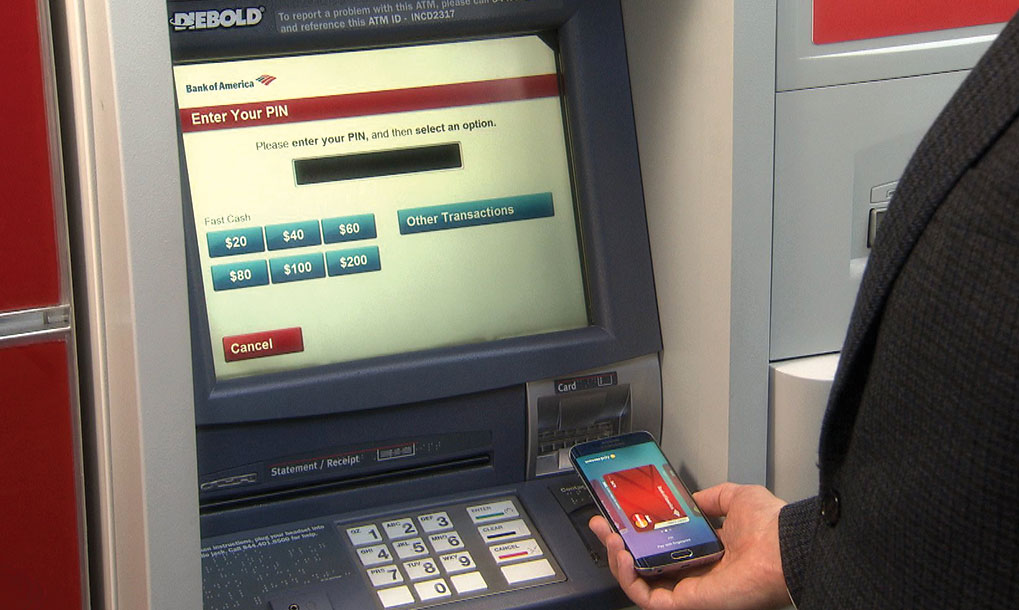 While online and mobile banking continues to pick up speed and popularity, the banks continue to scheme about how to stay on top of it. Sometimes the solution comes in the form of recruiting a small army of employees to work behind the scenes on digital channels or listening to what consumers have to say – literally.

“Over the past four years we have been trying to convert our branches more into advice centers,” said George Acevedo, head of Chase’s branches in Florida, “then looking to transition most of the transactions being done in our branches to mobile as well as ATM and online banking.”

To meet the needs of the bank’s customers who are not willing to use mobile and online functionality, branches still have tellers, but so far “the transition has been great.”

“Our customers really embrace the technology that we have,” he said. “Person-to-person QuickPay [an online service that allows anyone with an e-mail address who’s enrolled in the service to send and receive money] and the ability to use your cell phone to make a check deposit have also been great.”

In terms of developing its online and mobile functionalities, Mr. Acevedo said, the bank does most of the work internally.

As of June, the bank had 24.8 million mobile customers and 42.8 digital customers, he said.

“In 2015, we brought 200 external hires into our digital organization to work across all digital competencies: design, data and analytics, development, engineering,” Mr. Acevedo said. “Currently, 1,500-2,000 employees are working on the digital agenda for Chase.”

The company built brand new spaces in its major hubs of San Francisco, Delaware and New York City with the goal of having the different digital teams and competencies deliver one cohesive digital experience.

Additionally, the company has an innovation lab in Columbus, Ohio, that focuses on branch technology and innovations.

“We are always trying different things in-house,” Mr. Acevedo said. “We do leverage customer surveys that really provide us with feedback on what they’re looking for, as well as J.D. Power [performs independent industry benchmark studies based on the opinions of a sample of consumers], but it’s really what we do in-house… to create a better experience.”

The “next big thing,” he said, are cardless ATMs. Customers will be able to withdraw money by using their smartphones instead of their ATM or debit cards.

“Using the encryption in their cellphone, they’ll be able to access the ATM.”

Across most of Chase’s 17,000 ATMs, customers will be able to use their mobile phone to get cash – if they don’t have their card, take out bills in multiple denominations – ones, fives, twenties and hundreds, cash their check instead of waiting in a teller line, withdraw larger amounts of cash during branch hours and get quicker access to deposits.

“When you look at deposits and withdrawals, the majority of the transactions we were performing with tellers, two-thirds of those are now being done online or at the ATMs.”

Inside branches, customers can open a checking or savings account or credit card and get real-time assistance at the ATM from tellers using tablets.

“They can do just about everything else by using their mobile or online account – they can do transfers, view their statements, get alerts to protect from overdraft or even fraud.”

The most recent Apple, Android, Google and Samsung tablets and smartphones now have “digital wallets” wherein the smartphone holds users’ payment information by linking the app to a bank account or credit or debit card.

“Customers can identify cardless-enabled ATMs by the contactless symbol near the card reader,” the bank said in a statement after Michelle Moore, head of digital banking at Bank of America, and Pali Bhat, senior director of Android Pay, demonstrated a cardless ATM at Google’s IO conference.

“When ready to perform a transaction, the customer will select their Bank of America debit card in their digital wallet and hold their device over the ATM’s contactless card reader to activate the ATM. Then, they follow the normal process to enter their PIN, select their account and initiate a withdrawal, transfer or balance inquiry.”

According to a Bank of America digital banking report, during the second quarter of 2016 over 500,000 new accounts were sold online, while existing online banking customers logged into their accounts over 520 million times, or 20 times per user. During those sessions, customers made over 110 million bill payments worth over $60 billion, made nearly 60 million transfers worth nearly $130 billion and received nearly 540 million email alerts, ranging from low balances to payment due dates.

During the second quarter of 2016, active mobile banking customers logged into their accounts over 900 million times, or 47 times per user over that period. During those sessions, customers deposited more than 25 million checks representing 17% of total deposits – about 280,000 per day – worth over $21.7 billion via mobile check deposit, made over 25 million mobile bill payments, made nearly 80 million transfers, including over 7 million transfers through email and phone numbers, and received over 240 million text and push alerts.

“We’re always listening to our customers to find out what it is they need today and what they might need in the future. Part of that involves listening in on customers’ calls and also looking at what is out there in the market and what’s best in class,” Betty Riess, Bank of America’s Consumer Banking Products representative, told Miami Today.

“Consumers are increasingly using their mobile devices to manage their everyday lives and that extends to managing their financial needs, and we want to make that as convenient as possible.”