Advertisement
The Newspaper for the Future of Miami
Connect with us:
Front Page » Business & Finance » New technology companies, expansion to add 300 jobs 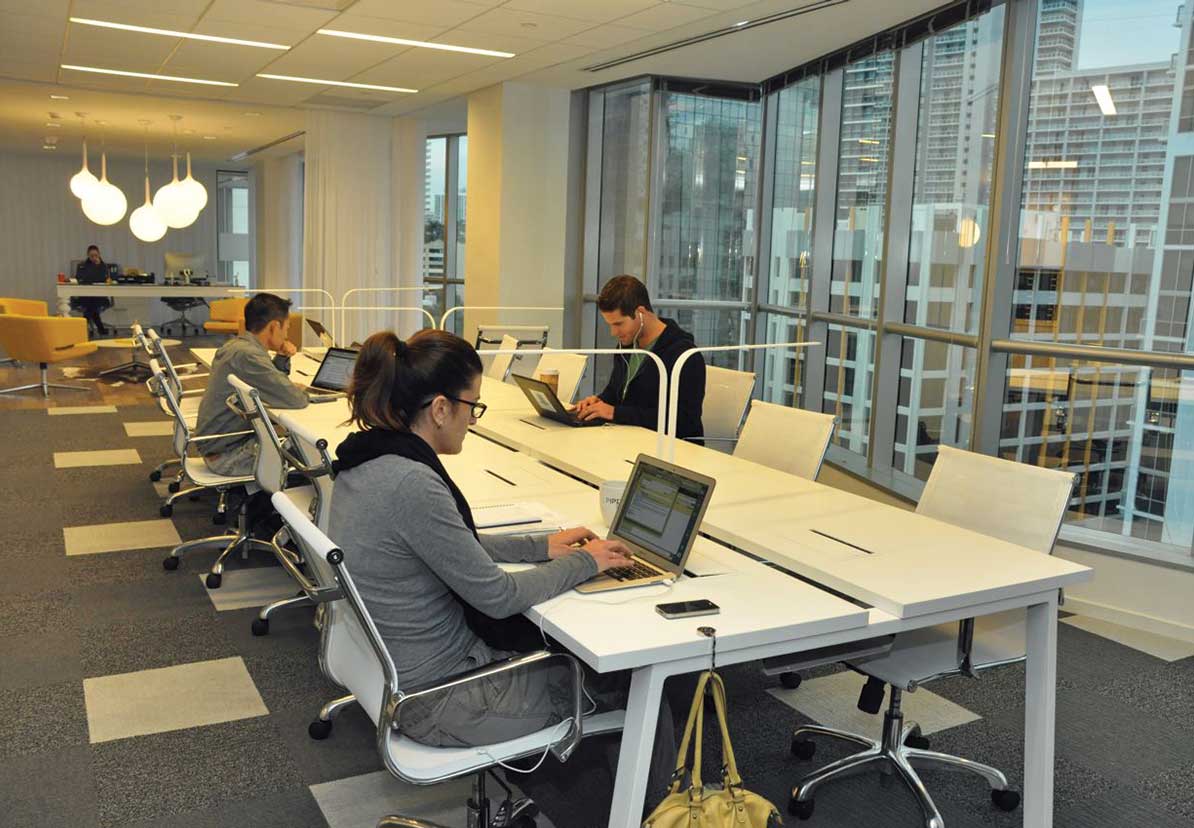 Tecnocom USA, a Spanish IT services company, is planning to open a 3,500-square-foot facility in Coral Gables in the next three years, adding 50 jobs and $2 million in capital investment. Westernacher & Partner Consulting, a German-based company that implements business and IT strategies using the SAP business operations and customer relations system, is using Miami as a base to expand into the Latin American market. They’re expected to add 20 jobs and invest $10,000 within three years.

Topp Solutions, which develops, remanufactures, distributes and repairs consumer electronics, is moving its facility from Doral to the West End Innovation District in the West Kendall area. The move is expected to add 230 jobs and $2 million in new capital investment within three years.

The Beacon Council lures and develops tech companies of all sizes by promoting and developing local talent, taking part in national and international tech conferences, and demonstrating to outside companies the pros of establishing a presence in the area.

“We have our focus on One Community One Goal,” said Beacon Council’s senior vice president of economic development, James Kohnstamm.

According to its website, One Community One Goal offers strategic recommendations aimed at creating an environment where significant job creation occurs with a focus on new higher-paying jobs in target industries.

The One Community One Goal strategy focuses on seven target industries, technology being one of them, Mr. Kohnstamm said.

“For technology, what we have is a committee made up of private organizations that work on a number of issues but inform us about the trends and opportunities in the industry and help the Beacon Council staff [gain] deeper access into the industry,” Mr. Kohnstamm said.

According to Beacon Council data, some of the 1,583 tech companies in Miami-Dade include Amadeus North America, Avaya, Telefonica Data USA, Verizon Terremark (NAP of the Americas), SAP, Oracle, Apple, Cisco, Facebook and Intel. Niche sectors being served include back office support & IT, computational science & health IT, data centers, logistics IT, mobile applications and tourism IT.

The organization strives to “get in front of decision-makers of tech companies” in order to attract business from outside the community, he said, adding that a great local opportunity for that is eMerge Americas, a multi-day technology conference in Miami connecting innovators, investors and thought leaders through summits and workshops.

“We’ve found it, as always, to be a great opportunity to speak to not only individuals interested in working in tech in Miami but also companies looking to invest,” Mr. Kohnstamm said.

“Earlier this year we were at the Mobile World Congress in Barcelona, the world’s largest mobile tech gathering. We were there with our senior leadership, meeting with companies – not only companies from Spain but from all over the world,” he said.

In the past, the organization has attended the Consumer Electronics Show in Las Vegas and took a technology-focused business development mission to New York City, meeting with targeted companies to discuss relocation to Miami.

Right now, more than any other time in recent history, Mr. Kohnstamm said, talented individuals are first moving to cities where they want to live and then looking for or making jobs for themselves in those cities.

Additionally, Miami’s talent pool is growing as a result of local educational institutions such as Miami Dade College, the University of Miami and Florida International University graduating large numbers of technology engineers, he said.

Not only does Miami have a diverse culture and international exposure giving companies the opportunity to do business internationally and have a multicultural workforce, he said, but even Miami’s connection to other parts of the country, such as anywhere up the Eastern Seaboard or bordering states, makes it a great place to facilitate an entrepreneurial environment.

Recently, Mr. Kohnstamm said, an out-of-state financial services tech company came to Miami to check out the local tech talent pool. The Beacon Council hosted the team and spent the day with them visiting existing companies, some being major corporations, and speaking about the talent pool.

“Coming and seeing, feeling, touching the tech industry and learning from existing businesses here is the ideal approach. It’s always better to hear it from the private sector.”

The organization has two focuses, Mr. Kohnstamm said, the first being the expansion of the local industry and the second being accessing capital and financing.

“We have a great story to tell. We’re finding our place in the broader community among our peers and our competitive cities,” he said. “I think that we’re only going to benefit from more investment in the tech industry. I feel like we’re at a tipping point, with a lot of action happening here and a lot of national and international excitement about the growing tech scene here.”