Advertisement
The Newspaper for the Future of Miami
Connect with us:
Front Page » Real Estate » Ivy Realty makes big waves with 5-building buy 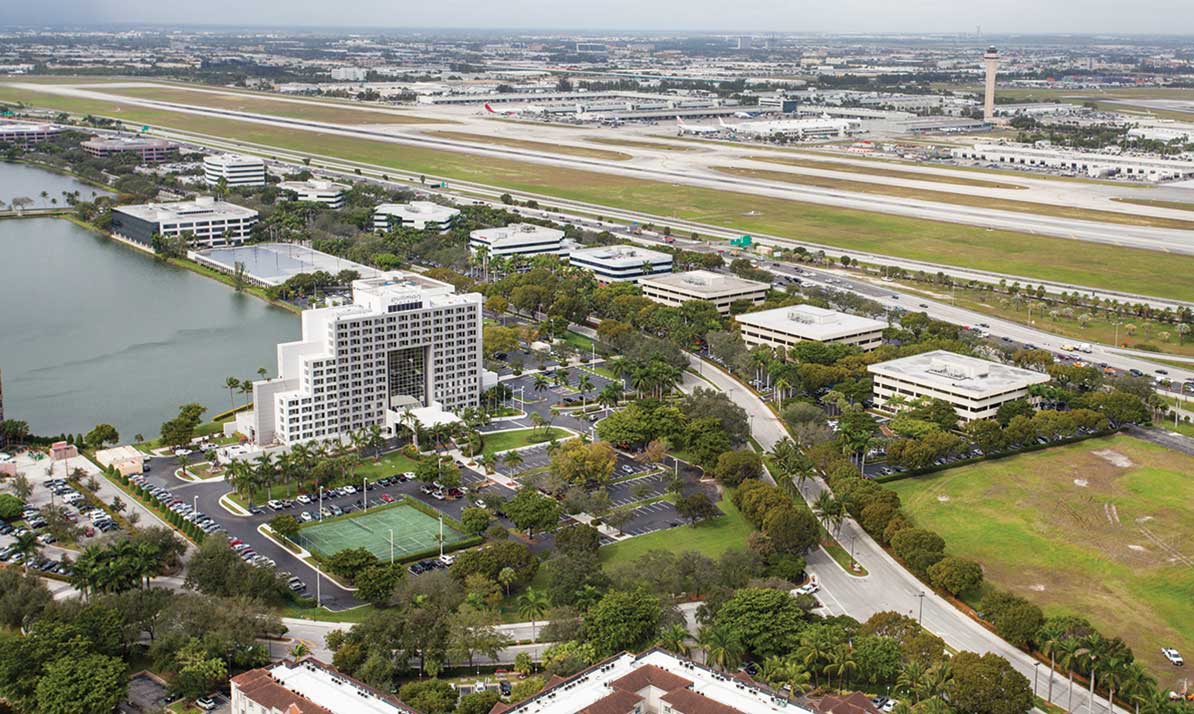 Connecticut-based Ivy Realty has made big waves to expand its presence in South Florida by acquiring five buildings in a Miami airport business park, sealing a $68.25 million purchase in the Waterford at Blue Lagoon Business Park.

The May sale for $190.92 per square foot was made by a fund managed by DRA Advisors LLC negotiated by a brokerage team from Cushman & Wakefield.

Rusty Warren, Co-CEO of Ivy Realty, chose the portfolio due to the prime location near the airport and distance from booming municipals.

“We like buying relevant real estate, and this being adjacent to the airport a few miles from Coral Gables and a few miles inland from downtown Miami, it’s a tremendous market and one of the nicest offices,” Mr. Warren said.

The company, founded 20 years ago, already has amassed a sizable portfolio in South Florida in the past five years, accumulating a half billion dollars worth of assets, assets that can continue to grow, according to Mr. Warren.

“We have become a very active participant in the market in South Florida and we believe in the growth,” he said. “We have had tremendous results down there.”

DRA Advisors bought the portfolio from the Metropolitan Life Insurance Co. in 2011 for $43.86 million, according to county records. Before Ivy Realty negotiated for its acquisition, it was 79% occupied with nearly 60% of the tenancy consisting of national and regional companies.

Executive Director Mike Davis of Cushman & Wakefield helped Ivy Realty seal the deal and spoke about the venue being an attractive investment.

“This portfolio offered an exceptional value-add opportunity in Miami’s premier mixed-use office park,” Mr. Davis said. “With modest common area upgrades, new ownership will be able to favorably position these assets to capitalize on the rapidly growing demand for high-quality space in the Waterford at Blue Lagoon micro-market.”

The location being near the airport and having an office environment that is in a central location without having the same costs as Brickell or Coral Gables office prices was an ideal option for Mr. Warren.

The portfolio was highly sought after, according to Mr. Davis, in hotly contested bidding among three finalists from which Ivy Realty emerged the winner. The two firms have done business with each other since the mid ’90s, dealing close to a billion dollars with each other.

“We generally look for two things. One is price and terms, who is going to pay and how fast can you get it done; and who do we view as the most credible group,” Mr. Davis said. “When you are selling an asset of this magnitude, you are dealing with credible folks. Not everyone can bite off a $68 million deal.”

The prior business with Ivy Realty and its known credibility convinced Mr. Davis that Cushman & Wakefield would help broker the deal.

“We found Ivy to win on all fronts and they put forth the best package,” Mr. Davis said.

Ivy Realty would ultimately hope that its new purchase would be appealing to tenants with many upsides.

“This is exactly the type of opportunity we are looking for,” Mr. Warren said. “Value, buying relevant real estate, and we have a lot of confidence of the people down in South Florida.”