Advertisement
The Newspaper for the Future of Miami
Connect with us:
Front Page » Healthcare » America’s opioid abuse problem hits home in Miami

Written by Camila Cepero on May 10, 2016
Advertisement 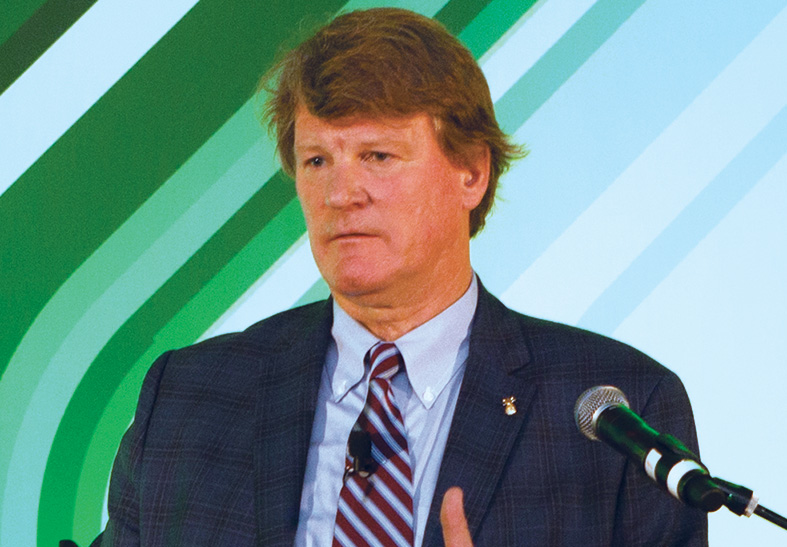 America’s opioid abuse problem, once thought to be a killer vice only for inner-city junkies, is now a country-wide epidemic affecting even Miami. The good news is that solutions are out there, according to a Baptist Health South Florida Al & Janie Nahmad Speaker Series: “Thought Leaders in Medicine” lecture last week.

The US Drug Enforcement Administration reported in its 2015 National Drug Threat Assessment (NDTA) that drug overdoses are the leading cause of injury death in the nation, ahead of deaths from motor vehicle accidents and firearms. The report found that in 2013, more than 46,000 people died from a drug overdose, and more than half of those were caused by prescription painkillers and heroin.

Both opioid overdoses and deaths, including those involving prescription pain pills and heroin, tripled in the US from 2000 to 2014, according to the January 2016 report by the US Centers for Disease Control and Prevention.

“A lot of people still have the perception that the heroin epidemic isn’t really hitting the Miami area,” said Dr. Paul E. Keck Jr., professor of psychiatry and behavioral neuroscience at the University of Cincinnati College of Medicine.

“People are still saying ‘this is an inner-city problem where people are using needles,’” he said. “Unfortunately, this is an epidemic.”

Addiction, he said, is a genetic predisposition, just as some people are predisposed to heart disease or cancer. The problem arises when “the person with that predisposition to addiction starts using something that makes them feel good, and they are forever – for the rest of their lives – going to be vulnerable to that.”

Of the roughly 330 million people in the US, about 31 million, or 10% of the population, will have an addiction at one time in their lives.

According to the Substance Abuse and Mental Health Services Administration, drug abuse is estimated to cost US employers $276 billion a year, and three-fourths, or 76%, of people with a drug or alcohol problem are employed.

Addiction is costing US employers an average of $1,700 per employee per year and posed a $215 billion burden on our nation’s healthcare system last year alone.

“Addiction is a real science – a real neuroscience. These are diseases that need to be recognized and treated,” Dr. Keck said.

“Opioid use in America used to be an inner-city junkie problem. It wasn’t relevant to most people,” he said. “Presently, our best data indicates that about 2 million people in the US suffer from substance abuse disorders related to prescription opioid pain relievers (OPR) – Oxycontin, Hydrocodone, Percocet, Vicodin – things that doctors prescribe for pain relief.”

Despite only making up less than 5% of the world’s population, Americans consume 80% of the global opioid supply. That translates into about 110 tons of addictive opiates annually.

One reason for the massive opioid usage is chronic pain, Dr. Keck said. Roughly 100 million people in the US, one-third of the population, suffer from a chronic pain disorder.

“This breaks down to annual opioid overdoses of 18,893 from pain reliever pills and 10,574 related to heroin,” he said. “Almost half a million people, 467,000, are addicted to heroin in this country right now.”

Pill mills are operations in which a doctor, clinic or pharmacy prescribes or dispenses narcotics without a legitimate medical purpose. These doctors use their prescription pads to flood their communities with illegal narcotics.

After having their only source of prescription Oxycontin shut down, addicts were left with no choice but to turn to a cheap, dangerous and illegal, but readily available, alternative: heroin.

Thus was born the heroin epidemic.

“In a survey of people who used heroin, 94% of those in treatment for opioid addiction said they chose to use heroin because the oral opioids were far more expensive and harder to obtain.”

Prevention and treatment can pave the way to solving the opioid epidemic, Dr. Keck said.

The search for answers needs to be supported and, like many other national crises, the focus needs to be on solutions and not blame, he said.

“First, we need more research on pain, pain management, and next generation analgesics,” Dr. Keck said, adding that there’s been some advancement in safer drugs for pain management.

A proliferation of prescription drugs like Naloxone, an opioid antagonist used to treat a narcotic overdose in an emergency situation, will be a crucial weapon against skyrocketing overdose numbers, he said.

“The ability to get it by prescription, I think, is potentially going to save a lot of lives.”

Fortunately, there are effective treatments for “getting people off of opioids and keeping them off,” he said, “but there aren’t as many as we would like.”

Methadone, a drug used to help with detoxification in people with opioid dependence, has been incredibly successful, Dr. Keck said, with about 80% probability that people will not relapse.

Drugs like Vivitrol, a brand name for naltrexone, have also been successful, he said. They work by attaching to certain opioid receptors in the brain and blocking the pleasurable feelings associated with taking opioids.

Ultimately, there needs to be more of a focus on prevention, education and outreach, he said. “Prevention education is a pretty clear thing we ought to be teaching.”

“Law enforcement, I think, really needs this help. I think we need changes in what law enforcement does when somebody is found with heroin. And I’m not talking about selling it – that’s a whole different matter. But diversion to treatment programs is going to be far more successful, far more humane, and probably ultimately less costly than putting them in jail,” Dr. Keck said. “Hopefully we will have a more enlightened approach in that regard.”

“The good news is that we can help people,” he said. “People are terrified of going into withdrawal and terrified of having to go into a detoxification program. So it takes a lot of courage and a lot of support and pressure and sometimes and intervention to get people the help they need.”