Advertisement
The Newspaper for the Future of Miami
Connect with us:
Front Page » Top Stories » Catalonia and Miami business ties strengthen 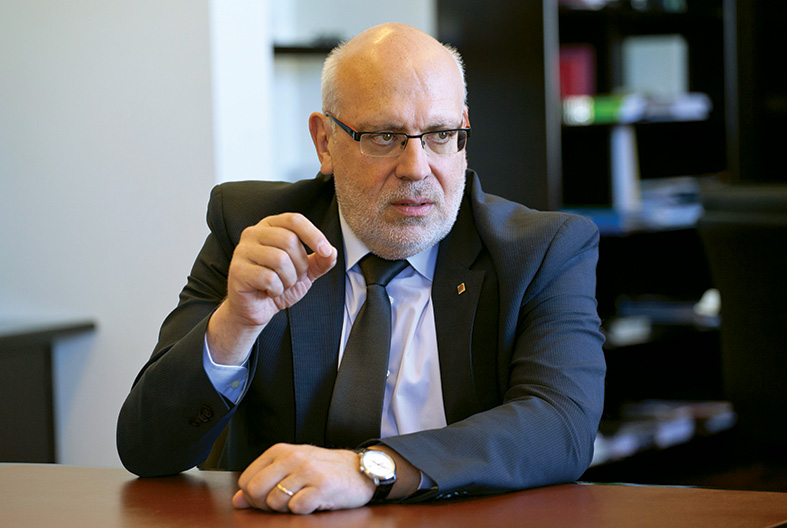 Multinational business relationships between Catalonia and Miami are strengthening as the Spanish region’s business development office in the city thrives as a port of US entry for Catalan companies and a potential trade and economic agreement nears with the Beacon Council.

During the past 30 years the Government of Catalonia has sought internationalization as an engine for growth of the Catalan economy.

Today, Catalonia Trade & Investment – the government’s agency for foreign investment attraction and business competitiveness – has 36 business development offices worldwide covering more than 90 markets, with five of them in the US in New York, Silicon Valley, Boston, Washington and Miami.

“The office in Miami is one of the most active offices that we have in the world,” said Jordi Baiget, minister of business and knowledge of the Government of Catalonia. “We created the office in Miami in 1996 and we have helped more than 600 companies do business in the US and Miami.”

As the only office in charge of focusing on business throughout the southern US and the Caribbean, it is the second most active office in the worldwide network, yielding the top spot to the Paris office.

“[Miami] has very strong links with Europe and Latin America,” Mr. Baiget said, “We’re trying to close the triangle between countries of Latin America, the US and Europe.”

The most active Catalan companies involved in the Miami office have interests in the pharmaceutical, chemical, food and tourism industries, with a finance sector as well, he said.

The objective of the office is to help find new marketing channels, do market research, make contacts and provide advice to break into the local market. It provides each company with office space inside the building and announced last week the opening of 15 co-working spaces.

The best use of the co-working spaces, Mr. Baiget said, “is to put one to three companies [that have] common interests and give them the opportunity to meet and do business together if they want.”

Currently, 70 Catalan companies are established in Miami with 76 subsidiaries throughout Florida. Catalan companies looking to enter Florida now include those in the food and beverage sectors, as well as those related to hotel services and products, along with companies that export consumer products and medical supplies. “We have a list of agendas of companies coming here,” Mr. Baiget said.

“From the office of Miami we created Catalan Wines USA,” Mr. Baiget said.

Catalan Wines USA was created and developed by the office to promote groups of selected wineries from 12 destinations of origin in Catalonia. The purpose is to market Catalan wines to importers, distributors, sommeliers, chefs, wholesalers and store owners.

“We are trying to export different Catalan wines from different wineries, especially the best quality ones, but that are small,” Mr. Baiget said.

Catalan Wines USA has showcased more than 50 wineries, with each presenting three wines, thereby promoting more than 100 wines from Catalonia.

“In terms of trade, Catalan exports to the US are growing at rates of 15%-20%. This is a past trend that we want to continue in the future,’ Mr. Baiget said. “At the same time, we want relationships with exporters from Florida companies to Catalonia to continue growing also.”

In 2014 and 2015, Catalonia Trade & Investment managed 112 investment projects of multinational companies in Catalonia, the most since the agency’s founding in 1985.

The US was the No. 1 country for foreign investments managed by Catalonia Trade & Investment, with 16.9 % of the total. The US was followed by France with 11.6%, Japan with 8%, China with 7.2% and Germany and Switzerland with 5.3% each.

“Miami is the best place for Catalan companies to enter the US. In fact, two-thirds of Catalan companies who are coming to the US are doing so through our Miami office,” Mr. Baiget said, adding that it’s a logical transition because of Miami’s commonplace Spanish language and openness to outsiders.

“We are optimistic about the relationship between Catalan companies and Florida and Miami,” Mr. Baiget said. “We have mutual interests between administrations – between the Government of Catalonia and the governments of Miami-Dade and Florida. We hope that in the future these relationships can be strengthened.”