Advertisement
The Newspaper for the Future of Miami
Connect with us:
Front Page » Business & Finance » Strong dollar, soft condo market in Fed’s focus 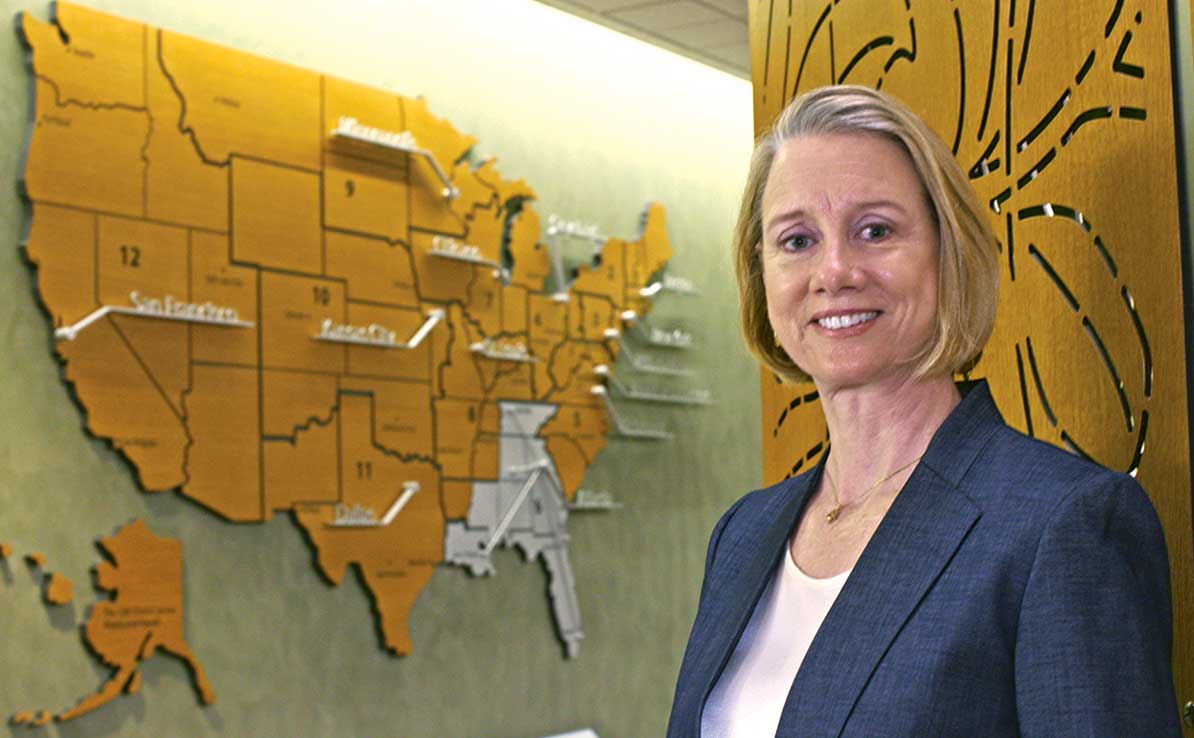 South Florida continues to see economic growth paced by robust commercial real estate activity and strong hospitality numbers. However, a strong dollar versus other global currencies and an oversupply in some areas of residential real estate might put a damper on activity in 2016, experts said.

Last year, Miami Today reported a possible slowdown in the Miami condominium market, as well as in the tourism and foreign trade sectors as a result of the economic situations in South America.

This could still be the case for the rest of 2016.

Karen Gilmore, regional executive for the Federal Reserve Bank of Atlanta, said during an interview with Miami Today that, in 2015, the three biggest sources of foreign capital flowing into commercial real estate were Canada, Germany and Norway and that, despite the Latin American economy being under a lot of pressure, there is still some activity coming from Brazilian investors, but not to the extent that has been seen previously.

“The real estate market is always changing,” Ms. Gilmore said. “We definitely have a strong foreign buyer bias in terms of our residential sales, but the dollar is very strong against other global currencies and this puts more pressure than we would have experienced in 2013 or 2014.”

January 2016 statistics also pointed toward a strong interest from the Philippines and the United Kingdom, according to the site.

However, condo oversupply will probably affect prices this year.

“The condo segment is much softer in terms of price appreciation,” Ms. Gilmore said. “There’s still growth in the number of sales that have taken place in both the condo and single-family segment, but something to watch is the increase in inventory, especially in the $1 million price range.”

As for tourism, numbers from international travelers were “good” in 2015, Ms. Gilmore said, but domestic traveler numbers have been on the rise.

“There is some indication that the strong dollar is going to have some influence in our foreign visitors,” Ms. Gilmore said. “We may have a little tradeoff in the number of foreign visitors, but we’ve picked up that slack from domestic visitors.”

So 2016 bookings are also being monitored closely, she said, as well as the amount that international visitors are spending.

“We have our unemployment rate of about 5%, so it’s pretty much in line with the rest of the country, and that’s a pretty good improvement,” she said.

“We continue to see economic growth in South Florida,” Ms. Gilmore said. “We still have a robust commercial real estate activity, especially in the retail sector, and hospitality has been strong, which is a significant contributor to the economy of South Florida.”