Advertisement
The Newspaper for the Future of Miami
Connect with us:
Front Page » Real Estate » Real estate summit panelists reveal their hot spots 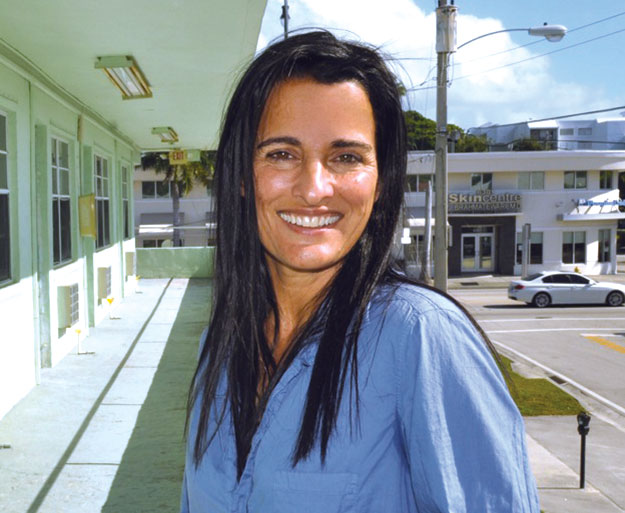 The panelists, speaking last week about the future of South Florida commercial development, shared their interest in the four diverse commercial areas throughout Miami-Dade.

Chris Weilminster, executive vice president of real estate and leasing at Federal Realty, spoke about his company’s investments in Coconut Grove, saying the assets they have invested in hold a lot of potential.

“The Grove is a shadow anchor to the success that CocoWalk would bring,” Mr. Weilminster said. “We also own some assets on Main Highway [and] on Commodore [Plaza],” he said, though he said he thinks that CocoWalk could be the center for the community.

According to Mr. Weilminster, the most important factor to look at is whether the leasing rates in Coconut Grove will be competitive with other parts of the country. “Will the rates here become competitive with Boston [or] Silicon Valley?” he said.

Aly-khan Merali, executive vice president, chief financial officer and chief investment officer at Turnberry Associates, commented on his company’s investments in projects on the opposite side of Miami-Dade.

“We are embarking upon the SoLē Mia development,” Mr. Merali said, speaking about the planned community to be built at 15045 Biscayne Blvd., just south of Aventura.

He describes it as a “very accessible” 600,000-square-foot lifestyle project that will be built over phases. Within its 190 acres will be school, office and retail elements that are meant to be approachable, such as boutique restaurants, bowling alleys and movie theaters, he said.

“That’s going to be a 5-, 10-year plus project,” Mr. Merali said. Located between Bay Harbor Islands, Aventura and Sunny Isles Beach, the development is being advertised as “South Florida’s next iconic neighborhood.”

“We also have our Ocean Club project on Sunny Isles that will be breaking ground in a few months as well,” Mr. Merali said.

Turnberry Ocean Club will be an exclusive residential condominium tower in Sunny Isles, according to Jeffrey Soffer, CEO and chairman of Turnberry Associates.

“Our next venture is on the Miami River,” Ms. Jain said. In 2015, Ms. Jain and her partners at Vagabond Group purchased the historic Miami River Inn. It dates back to the early 1900s and faces the river. “It is a spectacular urban oasis,” she said.

Talking about her investment in developing the industrial area, she cited her driving force in the projects as the displacement of the groups that made Wynwood the South Florida attraction it is today.

“We focused on the idea that in Wynwood… the creatives, the artists, and small businesses were getting pushed out,” Ms. Jain said. Along with her associates, she decided to find an area in Miami and buy enough of it so that like-minded people could be together, she said.

“We have done very, very well,” Ms. Jain said, referring to their 60 acquisitions in the span of 14 months, culminating in 14 acres and the assembly of 230,000 feet of warehouse space.

Future hopes for Little River include getting the attention of people from around the country. They are already doing so by attracting people from Los Angeles, New York and Brooklyn, Ms. Jain said.

Beth Azor, founder and principal of Azor Advisory Services, said she had no assets in the types of neighborhoods the other panelists mentioned.

“Our projects are quite different from my peers on the panel,” said Ms. Azor. Her most relevant project, she said, is on Northwest 79th Street and 32nd Avenue.

Ms. Azor said she had up to 6 million to 8 million square feet on the books in South Florida, but is focused on developing this property into something that could benefit the entire neighborhood.

“We are building a shadow anchor plaza or shopping center next to a property we sold to Walmart,” Ms. Azor said. They have already signed a lease with Ross Dress for Less and are negotiating with banks, fast-food restaurants and other apparel retailers, she said. “We are big believers in supply and demand.”