Advertisement
The Newspaper for the Future of Miami
Connect with us:
Front Page » Healthcare » MIAMI cell demand is on the rise

MIAMI cell demand is on the rise 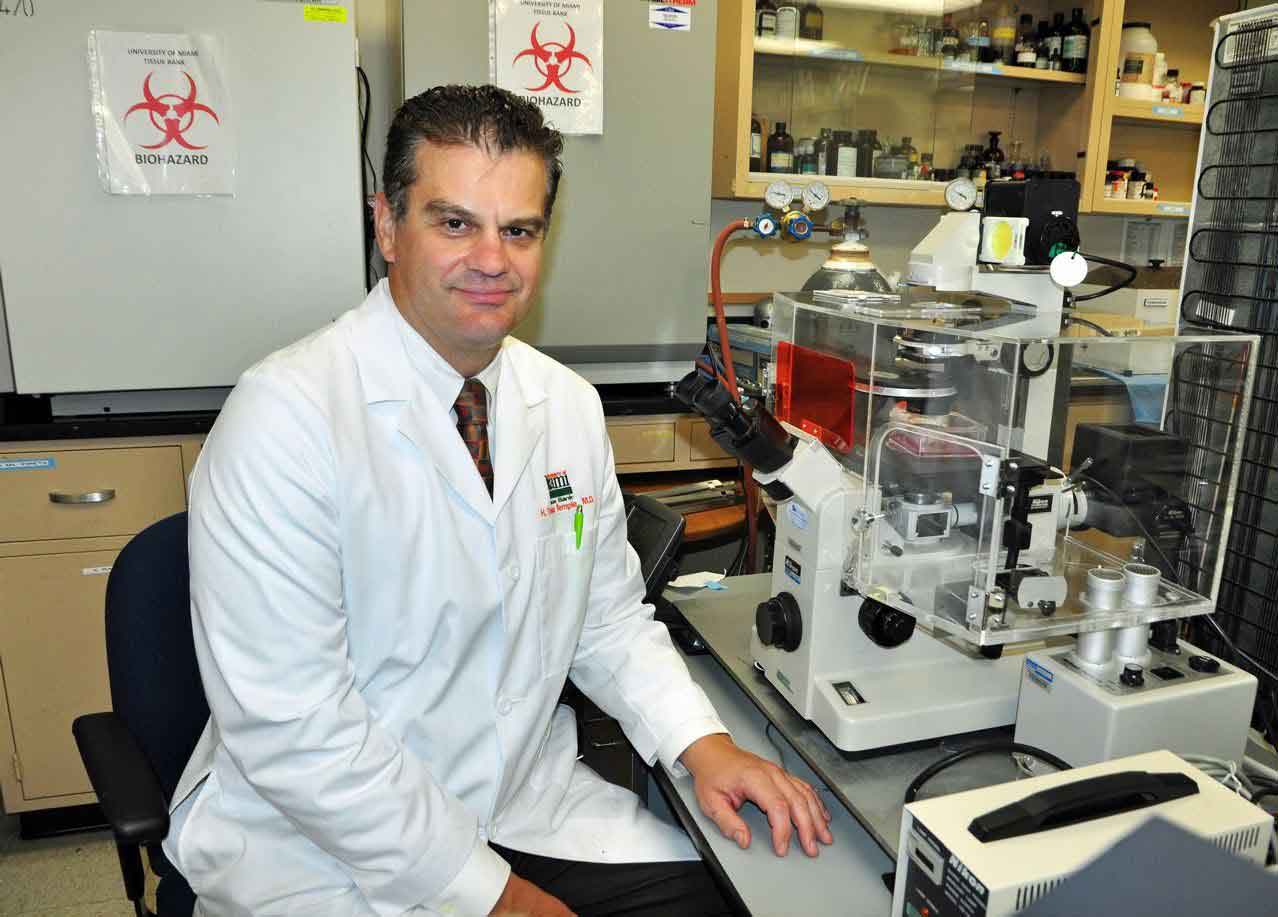 MIAMI cell demand is on the rise after a successful national release early last year and continuous better-than-expected positive results in patients with bone defects.

According to Dr. H. Thomas Temple, professor and senior vice president for translational research and economic development at NOVA Southeastern University and medical director of the University of Miami Tissue Bank, thousands of patients in need of bone repair and regeneration in the US have been treated with the MIAMI cell with no adverse outcomes whatsoever as a result of its use.

“I was really surprised,” Dr. Temple said, “I was a little bit skeptical because a lot of these things come out with great promise and then you start hearing about complications.”

“This is doing exactly what it’s supposed to do,” he added.

In addition to regenerating bone, Dr. Temple explained, the MIAMI cell regenerates the blood vessels that support the bone, which makes the cell different and transformational.

Among its multiple applications, the MIAMI cell treats patients who are undergoing spine fusion, have large bone defects, un-united fractures, as well for dental applications where there are large defects in the jaw.

“It [the MIAMI cell] is making bone in a very robust way,” Dr. Temple said, “Unlike other molecules that make bone indiscriminately, this makes bone right where you need it and really restores bone quality and function.”

One of the challenges now is keeping up with demand, Dr. Temple said, as it is finding a niche base in orthopedic oncology, as well as in spine, foot and ankle bone regeneration.

“There are a couple of centers around the United States where the use has really exploded and in Florida it is doing quite well,” he said.

No changes have been made to the MIAMI cell since its commercial release, as a result of limits and restrictions by the Food and Drug Administration.

“We are limited by the FDA’s restriction that we can’t expand the cells, we can’t concentrate them with magnetic separations,” Dr. Temple said. “We are still using the same more primitive way of isolating them.”

According to previous Miami Today reports, the MIAMI cell is unique compared with other stem cells in that it is highly inducible and potent since it shares traits with embryonic stem cells, and the process used to isolate it allows for a very pure MIAMI cell concentration.

Generally, when stem cells are isolated, the mixture comes with other cells that might cause inflammation in the patient.

“It’s been very successfully commercially because it works,” Dr. Temple said. “We are planning on improving the way we deliver it as well as the purity of the cell products that are going into it.”

“We follow these very closely and, if there’s any adverse effect whatsoever, they get reported to us and we report them to the FDA,” Dr. Temple said, “but we see nothing. Not a single complaint. I am very pleased about that.”