Advertisement
The Newspaper for the Future of Miami
Connect with us:
Front Page » Communities » Miami Beach poised to complete city-wide trolley 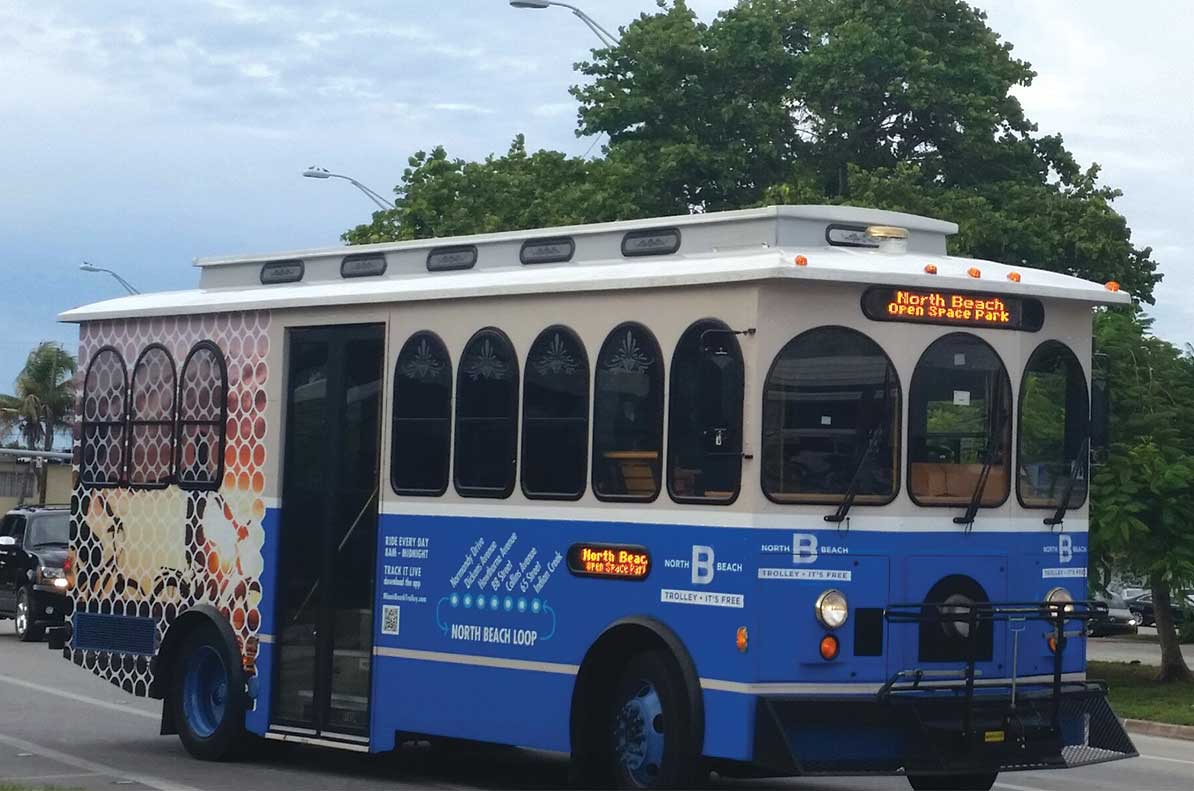 As the City of Miami looks into expanding its popular free trolley system city-wide, Miami Beach is poised to add routes to complete its own city-wide trolley service.

Like Miami, the City of Miami Beach is seeing its free rubber-tired trolleys grow in popularity, and this year could be when the service extends to the entire city.

The key will be the launch of two new routes for Mid-Beach.

“Two Mid-Beach trolley routes – consisting of Mid-Beach Loop and Collins Link – are planned to roll out in summer 2016. The city is in the process of acquiring trolley vehicles that will serve the two routes,” Mr. Majstorovic said.

The bus-like trolleys, designed to look like old vintage trolleys or streetcars, are more popular than ever. Last year, as Miami Beach officials announced their intention to expand the service, the manufacturer informed the city it was taking approximately nine months to deliver new full-sized trolley vehicles and they are being made on a first-come, first-serve basis.

The City of Miami is dealing with its own delays in launching new routes while it waits for new trolleys. In the meantime, Miami will roll about 10 cut-away vans into the fleet of trolleys in order to begin three new routes March 1.

While the Alton-West Loop continues to see steady numbers with about 1,100 riders each day, ridership on the North Beach Loop has exploded, according to Mr. Majstorovic.

That represents an increase in riders of nearly 50%, he said.

He noted that the current Alton-West Trolley is a temporary traffic mitigation strategy for the Alton Road Reconstruction Project, as well as other ongoing roadway and bridge construction projects along the West Avenue corridor.

It was at an October 2014 meeting that the City of Miami Beach Commission directed the administration to evaluate the feasibility of adding a Middle Beach Trolley to the existing transit network, in order to connect to existing circulator routes and thus improve city-wide mobility.

“The city is currently working with Miami-Dade Transit to replace the South Beach Local service with a South Beach Trolley service in the near future in order to establish an interconnected city-wide trolley system in Miami Beach,” he said.

The Miami-Dade Transit Department was said to be initially concerned at the trolley proposal for fear that trolley service would duplicate county bus service and take passengers away from county buses.

However, Miami Beach officials said the county warmed to the idea after it surveyed riders and concluded that the trolleys, which would only operate in Miami Beach, would not duplicate county bus routes, which offer regional service and cater mostly to passengers traveling through Miami Beach to other destinations.

Current hours of operation for the Miami Beach trolleys are 8 a.m. to midnight.

Mr. Majstorovic said with addition of two Mid-Beach routes, service hours will be modified on all trolley routes city-wide.

Passengers would continue to ride free on all routes.

Miami Beach has the project’s full $11.8 million operations budget built into its 2015-2016 overall budget, to be funded by resort taxes, parking surplus funds and its share of the Miami-Dade County half percent transportation surtax.