Advertisement
The Newspaper for the Future of Miami
Connect with us:
Front Page » Top Stories » Bankers wait, hope for second, third and fourth rate hikes 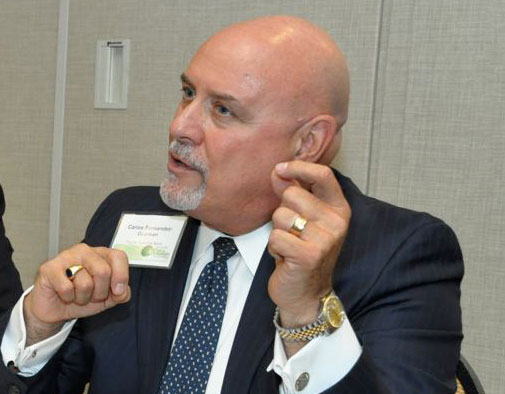 After the Federal Reserve raised its key interest rate for the first time in nearly a decade – a move the local banking industry had been expecting for months – bankers will now closely watch, wait and hope for the second, third and fourth rate hikes predicted to come within a year.

Banks will immediately reap benefits from the new asset generation, or the new loans now tied to the higher interest rate. Since banks are slower to re-price on the deposit side, profits should rise as the spread grows between the interest rates banks pay for deposits and the rate at which they’re able to lend.

“The key is how fast they’re going to increase rates,” said Carlos Fernandez-Guzman, president and CEO of Pacific National Bank. “Over the next three to four years, you’re going to see those increases take effect. The immediate benefit will be modest, but over time your revenue stream at the banks is going to improve with [consequent] rate increases.”

Future banking profits will depend on how an individual bank has structured its assets and liabilities, said Ken Thomas, a Miami-based independent bank consultant and economist.

But banks whose portfolios are composed of long-term, fixed-rate loans won’t reap the same benefits.

Lines of credit, on the other hand, are typically re-priced the fastest, Mr. Fernandez-Guzman said, so revenue will start to inch up in that area first.

Still, Mr. Fernandez-Guzman noted, many banks’ balance sheets contain a good portion of recently lent, fixed-rate loans. Those loans will remain unchanged as subsequent rate increases arrive – good news for the borrower, but not for the lender.

While federal officials debated whether the economy was ready for a rate adjustment this past year, local financial institutions began functioning on the assumption that an increase would soon arrive.

“We are all acting in our pricing and forward-pricing as if the 25-basis-point increase will happen…,” Mr. Fernandez-Guzman said in August. In preparation for the rate increase, banks began adjusting their loan pricings according to when those loans would mature. They also leaned toward floating-rate loans, known as variable loans, in which rates are flexible.

“On the asset side, the loan side, they’re trying to shorten the loan duration so they can re-price at a higher rate. Because if you have a short-term loan, and the Fed moves [rates] up, by the time those loans come due, [banks] can price it on the higher rate,” said Tony Villamil, founder and principal of The Washington Economics Group. “They would like to see more variable loans that move with the Fed.”