Advertisement
The Newspaper for the Future of Miami
Connect with us:
Front Page » Top Stories » Short-term Brickell, downtown traffic fixes 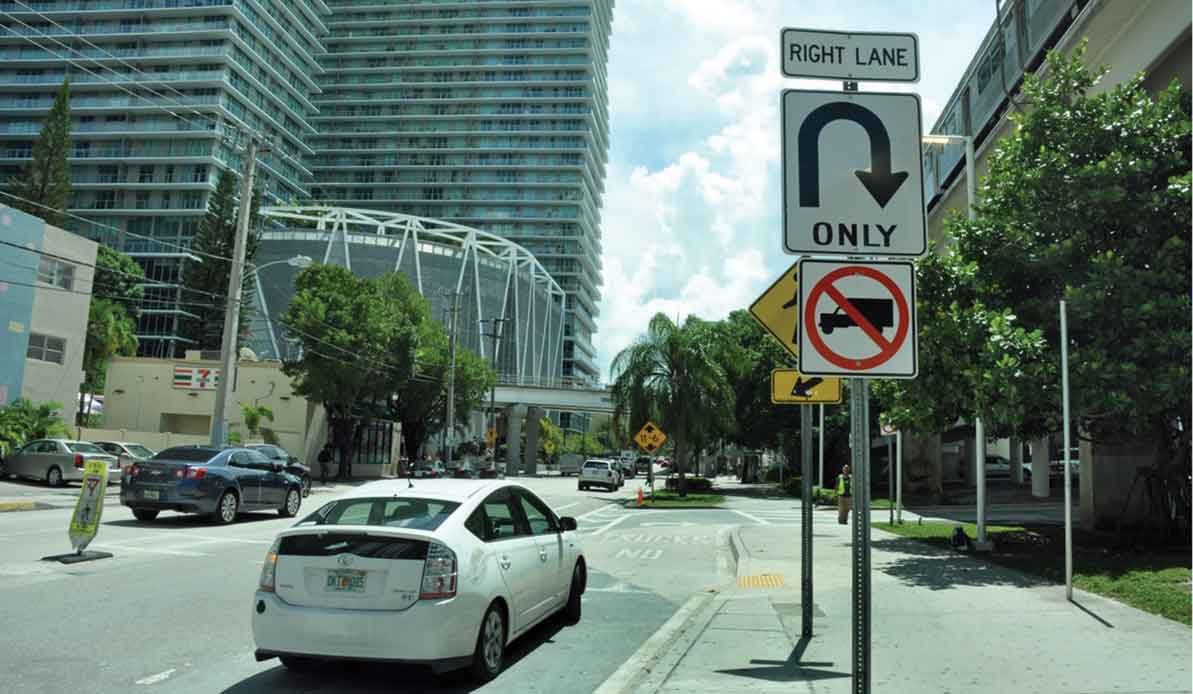 The city will fund the training and staffing of 22 traffic management officers. The Downtown Development Authority advocated for the personnel to be included in the city’s proposed budget, which is to take  effect today (10/1).

This is one of the steps Miami is taking to alleviate the major traffic congestion in Brickell and downtown on a short-term basis, rather than a decade down the road.

“Up in New York, they have people specifically trained just to manage traffic and stand there all day long,” said Alyce Robertson, the authority’s executive director. The White Glove program that the authority spearheaded in 2013 placed police officers or public service aides at specific intersections during rush hour to do just that.

The program got good reviews from downtown businesses and visitors, Miami Today reported. Recognizing that, the authority and city would like to make the aides permanent.

Drivers are also encouraged to take alternative routes to reach the interstate. The long-planned installation of additional and brighter signs would be geared to lead drivers away from the most-traveled routes, Ms. Robertson said.

However, violations to the rule have been noted.

“What we have seen is other kinds of vehicles that should not be – like a recreational sailboat – going through,” she said.

A Sept. 25 meeting has been set with the Florida Department of Transportation to discuss how to enforce the regulations and how to pursue violators.

Asked if vessels running up against curfew hours were aware of their existence, Ms. Robertson said that’s another issue.

“Perhaps the signage needs improving at the Brickell Bridge to make it clearer to people that these times are set,” she said.

The opening and closing of the bridges creates a mess out of Miami’s traffic light signals. Although synchronization has been met on the signals immediately next to the movable bridges, the surrounding ones create further mayhem.

Meanwhile, the county will be looking at other quick turnaround opportunities such as a u-turn recently made possible west of Mary Brickell Village.

Vehicles can now make a u-turn underneath the Metrorail on the west side of the shopping center – a move that can cut 10 to 15 minutes of a driver’s trip, Ms. Bravo said. Whether it’s adding a right-lane turn or changing traffic patterns to add an extra lane to a road, other bottlenecks such as this one are being studied.

Another short-term traffic solution might be an improved Brickell and downtown trolley system. While Ms. Bravo was working for the city, a trolley system grid was being studied. The city would like to create a trolley-only lane, giving residents the option to skip the traffic and get “pretty much anywhere” via trolley, Ms. Bravo said.

A big mass transit advocate, Ms. Bravo contends it is the main short- and long-term solution to traffic jams.

“Traffic almost everywhere has reached a saturated level,” she said. Although traffic conditions can be improved and roads can be made more efficient, at its core, she said, this is an issue of overcapacity.